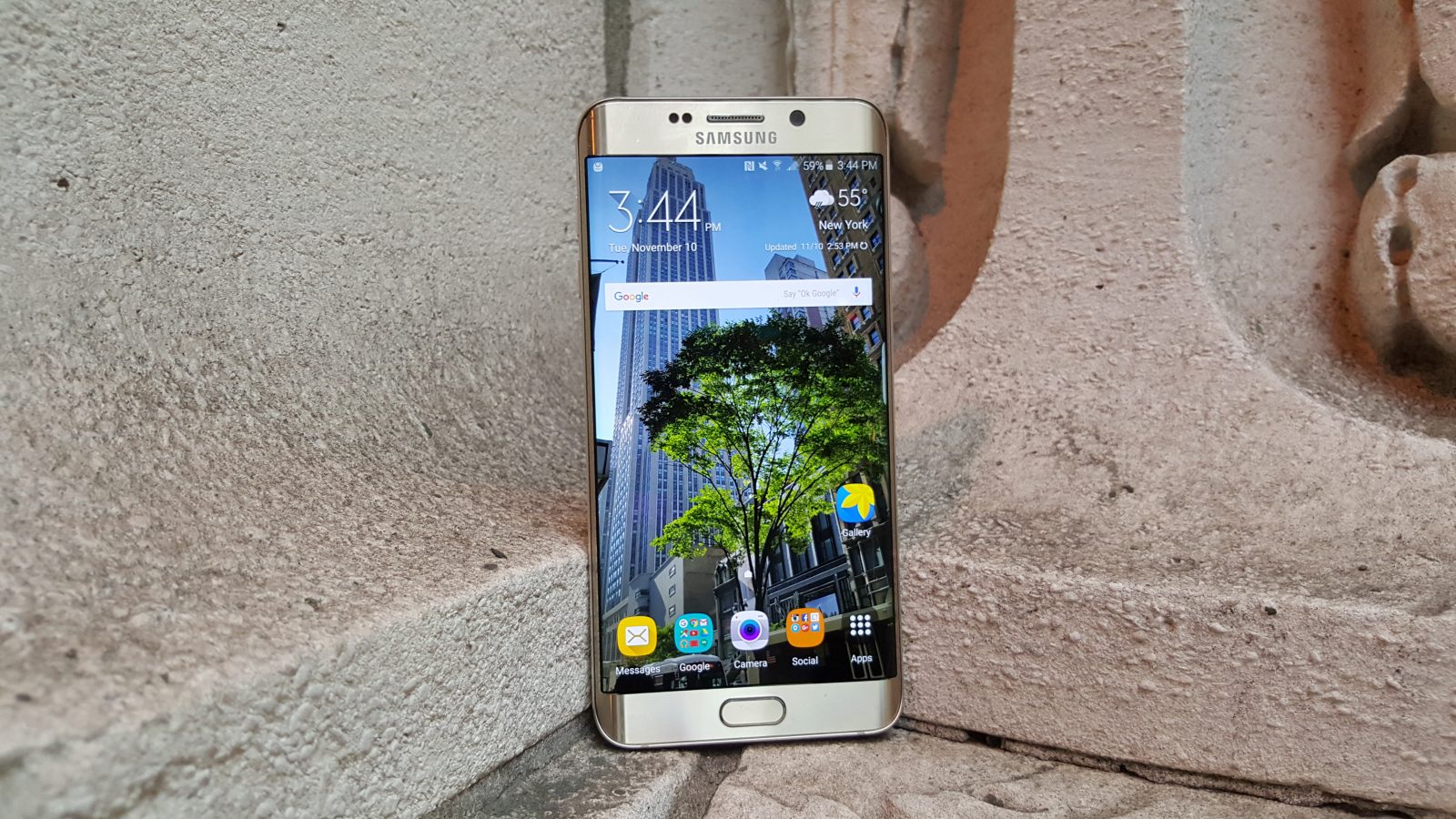 Facebook Twitter Pinterest Email
Is the Samsung Galaxy S6 Edge+ just a larger S6 Edge? Is the curved screen worth it? How do we really feel about the premium curves?

When Samsung released the Galaxy Note 5,they released the Galaxy S6 Edge+ as well. If the S-pen (stylus) is not your cup of tea, Samsung was pushing their curved screen your way. If you know me, you know I enjoy the Note series. It was hard to pull away from the Note 5 and work with the S6 Edge+. Here’s what I thought of the phone with curves.

Just FYI, you may see things regarding the camera, and internals that are the same as the Galaxy Note 5 review. That’s because they are very similar phones. 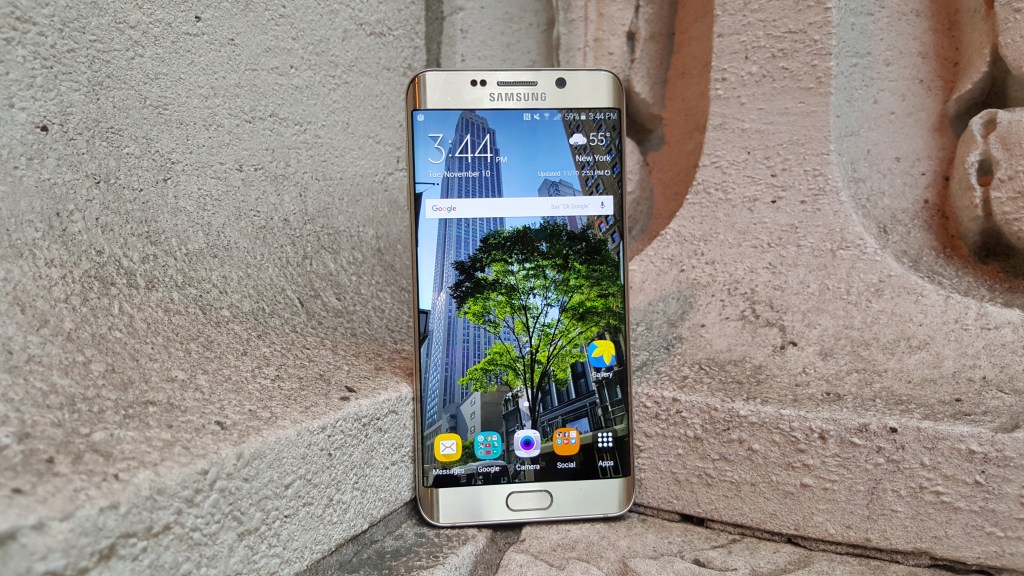 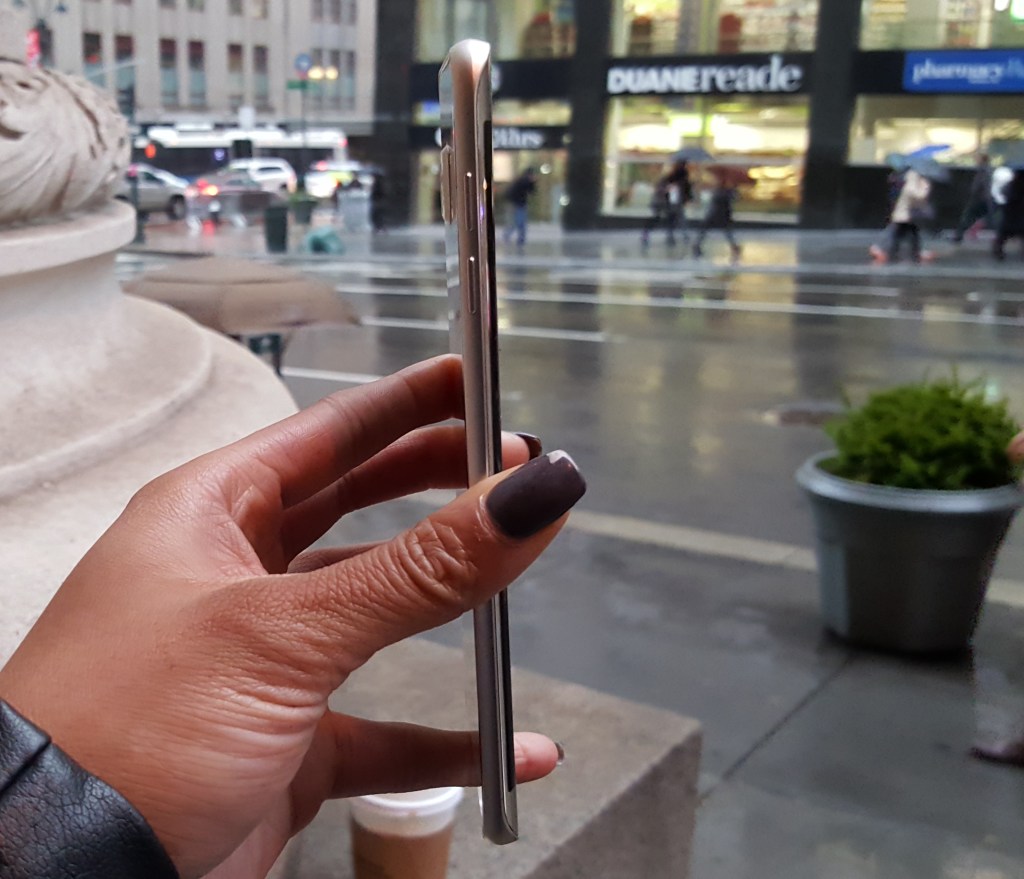 The Galaxy S6 Edge+ is a larger version of the original Edge. With the Note 5 size display, and curved edges, this phone offers a new standout feature. The build is different between the two, in which the Edge+ is curved in the front, and the Note 5 is curved in the back. The Note 5 and S6 Edge + have pretty much the same internals. Keeping in line with the same luxurious build of the Galaxy S6, S6 Edge, and Note 5; the Edge+ has glass build, and embedded battery. Of course on the right and left sides of the screen you have the curved edges.

You have the volume buttons on the left curve, and the power / standby button on the right curve. The back has the rear-facing 16mp camera.You have the microUSB charging port and headphone jack on the bottom. Overall it has premium feel (and price tag). But you’re definitely buying the Edge+ for looks as well as any other features.

The display of the Galaxy S6 Edge+ is a big deal here. It’s pretty much the only thing that differentiates it from other bar phones, and other Samsung phones. The 5.7 inch display is very nice to look at. The software runs fine. After all the Edge+ does have 4GB of RAM. The display is so nice to look at. It’s sort-of inviting you to use the phone to watch videos and movies. You won’t see a pixel, and the vivid colors are definitely eye-candy. 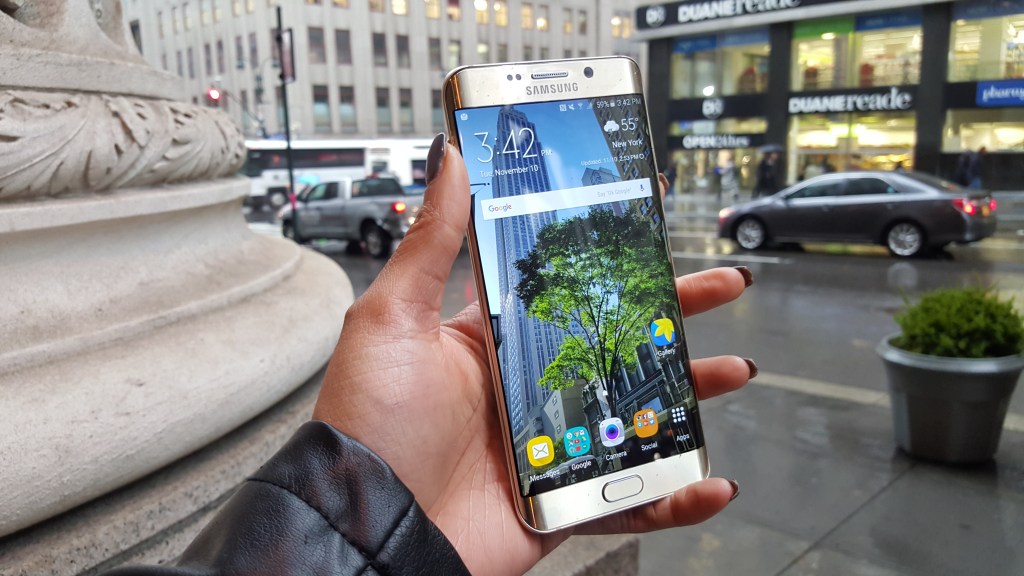 As for comfort, the Edge+ is a bit hard for me to hold. A large phone with slippery curves is not my cup of tea. I slapped a case on it real quick, and it definitely helped. The screen protector part is difficult. I haven’t been able to find a decent one for the curved edges, therefore my screen is naked. *gasp*. That’s so difficult for me.

You have the option of putting the 5 apps and 5 contacts on either the right or left edge screen. The Apps Edge shortcut is pretty cool. I used it more than I thought. But it’s not that much faster than going into one of your screens or even into the app drawer.

For those who text and call a handful of people constantly, they will definitely enjoy People Edge. It gives you the option of calling, emailing, or texting a person. You will see Samsung’s icon for email, but you can choose which app to use for email. 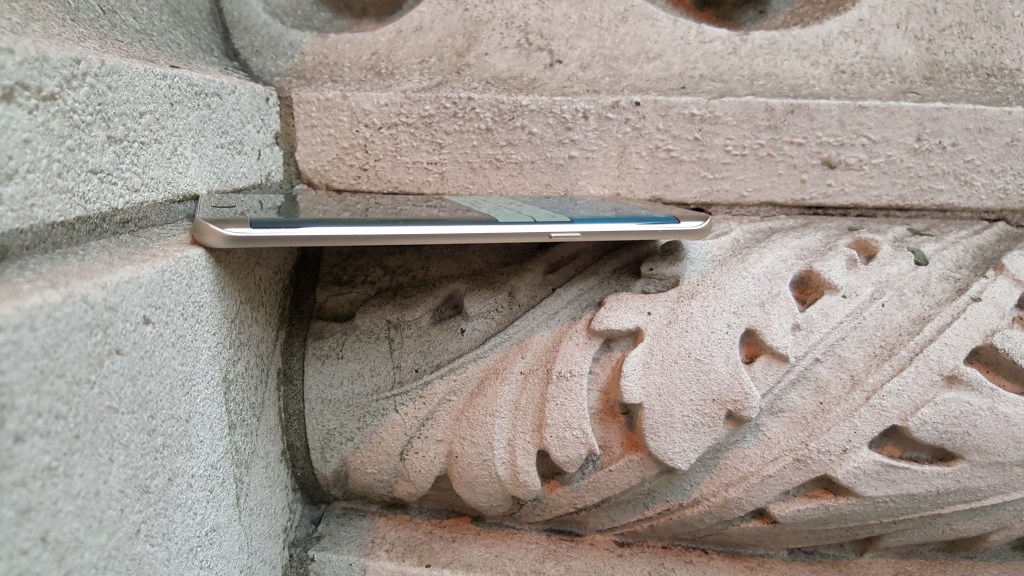 The most use I got out of the Edge screen was for notifications. I used it for text and email notifications. During the MLB post season I’d actually use it for updates and on regular days for news. It does work pretty cool as a night clock. Unfortunately, I’m so blind that I don’t see well from a distance; so I’d still have to click the phone on, or bring it closer to see the time. But it’s a nice feature for those who aren’t near-sighted.

The fingerprint sensor is still one of my favorite features. Works just as well as on the Note 5. It’s faster than typing your passcode. It’s hard to go to a phone that doesn’t have the fingerprint scanner after using one that does. I’ve gotten pretty used to it, to unlock the phones.

Samsung has made a great choice with their camera sensor. And if you saw the pictures on the Galaxy S6 and the Note 5, well then you’ll enjoy the pictures from the Galaxy Edge+ as well. I enjoy mobile photography. I prefer to leave HDR On in auto mode and snap away. The camera on the Edge+ takes great pics. The details are clear without too much noise. Try zooming in on a clear pic, and for the most part it won’t be too distorted. The camera on the Edge+ isn’t cluttered, and no longer comes with all the different “shots”. You can download the different camera shots in the Galaxy Apps Store. I don’t use many of them. I usually only download the “Food Shot” option. For those who enjoy editing pictures with software, you can save pictures as a RAW file.

The Edge+ has a battery life of 3000mah. Battery life is decent. Phone made it through most days. On the days that it made it, I was using it very heavily. As usual what happens with me, may not be the case for you. I use moderate to low screen brightness, and watch videos sporadically throughout the day. If you’re a battery hog, Ultra Power Saving Mode is for you!

I love that the Galaxy S6 Edge+ is available in shiny gold for the US. It’s so pretty in gold. Learn more HERE.

The Galaxy Edge+ has become one of my daily drivers. I’m not sure if I use it more for work or play since I do use it for note-taking and social media, but I also use it for pictures and doodling when bored. I recommend this phone if you: 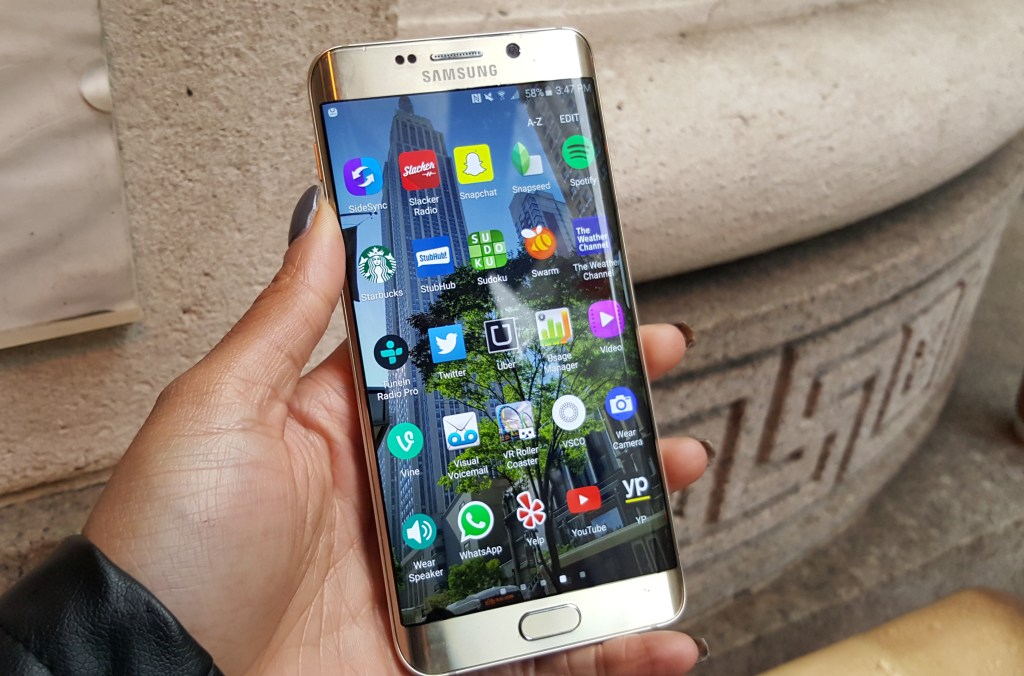 If you are clumsy, and drop your phone often; you might want to think about getting this phone. It’s slippery and the curved display might not be able to handle a lot of falls. I dropped it twice, but luckily it landed on a corner covered by the case If you don’t enjoy large phones, you might want to look into the Galaxy Edge. It’s a smaller version of the edge or the regular Galaxy S6. You won’t have the curved edges, but you will still have a nice camera and gorgeous display.