How VR Is Transforming Online Gambling 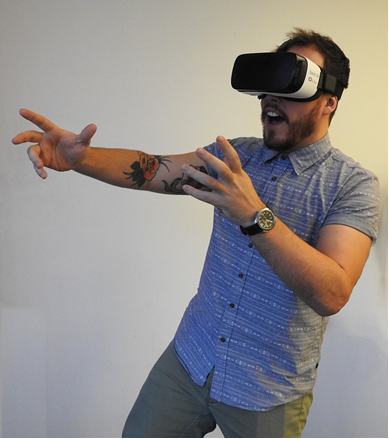 Last year we were promised that it would be the year of virtual reality and despite its first real attempt to push itself firmly into the gaming market it seemed that audiences weren’t yet ready to accept the technology.

Slowly but surely, it’s making its mark and developers are hoping that this year will manage to really capture the minds of a new generation of gamers looking for a more immersive gaming experience.

Even though the concept and immersive nature of VR makes it a technology that should easily find its place in the already crowded marketplace, it does appear that the new and innovative tech needs a little more time to evolve and develop.

That said, nearly every single genre of gaming could be transformed by this VR revolution. It is of course important to remember that just because virtual reality exists it doesn’t necessarily mean that every major game developer out there needs to jump on the bandwagon and begin churning out games with no real thought behind them.

It’s a way in which to further evolve and enhance the gaming experience and its key that the rich storytelling and purposeful gameplay remains at the heart of each project. Gamers will not be interested in a string of subpar games that have been produced in a way to simply exploit this excitingly innovative technology.

VR brings a whole new dimension to how we currently game. Imagine entering an all surrounding virtual world where you can interact with characters, other players and the environment around you without having to tap away on a gamepad.

Imagine using physical movements and motions to move within the game itself instead of having to rely on an external motion sensor or a gaming control remote strapped to your wrist.

Popular gaming franchises such as ‘Tomb Raider’, ‘Call of Duty’ and even ‘Resident Evil’ would become an entirely new playing experience, one that draw on all your senses like never before.

It’s not just role-playing games, first-person shooters and MMORPG’s that would benefit most from this added dimension of game-playing and interactivity of course. Even popular online slots such as this vampire-inspired version at ImmortalRomanceSlot.net would be enhanced greatly by the technology’s immersive capabilities.

The ever-rising online gambling industry is never afraid to use technology for this purpose and now they can develop their exciting game line-up for VR players who will be able to participate in a new and more immersive casino experience.

Players will be able to enter lifelike casino environments and sit down at a table to play games such as blackjack, roulette, bacarrat or poker as if they were really sitting in an actual casino.

The sights and sounds of a typical casino can be recreated in this VR world and the possibilities don’t stop there. You could be enjoying each spin of a roulette wheel whilst sat on a virtual beach or even play poker on a spaceship thanks to this VR gaming evolution.