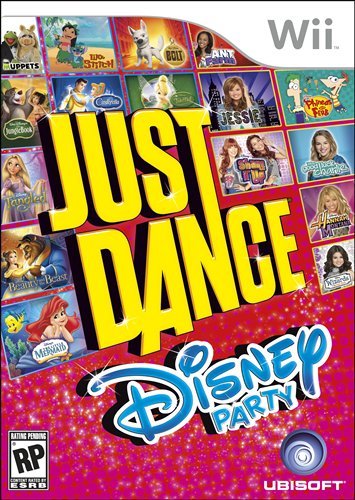 Just Dance and Disney are working in collaboration to create the greatest dance game for the whole family.

At Ubisoft’s Holiday event party yesterday, I was able to see first hand some of the great features Just Dance: Disney Party has to offer.

Dances from the hottest Disney Channel shows: Shake it up, Phineas and Ferb, Jessie, Hannah Montana and High School Musical to name a few.

Featuring Some of Your Favorite Disney Characters:

Experience visual effects and backgrounds inspired by the TV shows and Movies. Dance on the Shake it up stage or the park with Phineas and Ferb.

The entire family can jumb and play with up to 4-players. Play cooperatively for the highest team score or play Freeze and Shake for extra points.

Special Features for Kinect for the Xbox 360: Dance without limits as the Kinect sensor tracks kids movements without the need of a controller. Create mode, exclusive on the Kinect for Xbox 360 allows kids to star in their own music videos and create thier own original dances for friends and family to dance to for any song.

Special Features for the Wii: Classic 4-player cooperative on Wii. Unique “Ballon Mode” where kids compete against each other to get more items and earn more points by shaking their Wii remotes.

The non-stop shuffle mode allows Mom to select all her kids favorite songs for non-stop dancing fun and also serve as an electronic babysitter.

Kids can create their own playlists:

Kids can hoose up to ten saongs to create thier own playlists to dance to customize their dance party experience with different groups of family and friends.

Whether it’s a party for the kids or just every day fun Just Dnace: Disney Party is a great game for the whole family.