Samsung Galaxy Note 10.1: The Must Have Tablet 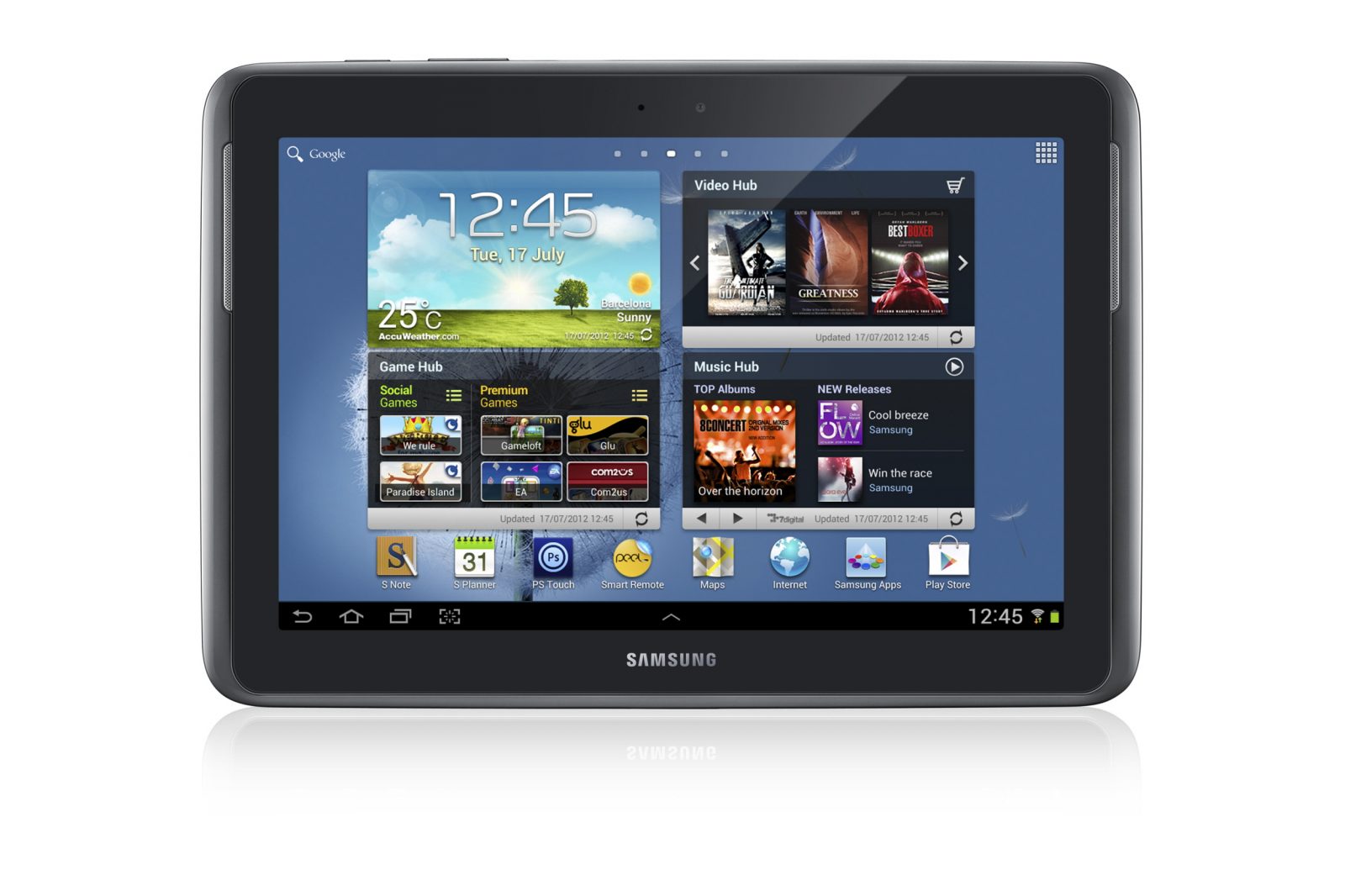 The GALAXY Note 10.1 extends the GALAXY Note category, building on the success of last year’s worldwide hit smartphone – and delivering the functionality and precision of a pen and paper by combining the S Pen with a 10.1-inch large display.

Thanks to a 1.4GHz quad-core processor and 2 GB RAM, the Galaxy Note 10.1 can handle it all without missing a beat.

“Our goal with the Samsung GALAXY Note 10.1 was simple – redefine the tablet experience,” said Tim Baxter, President, Samsung Electronics America. “The S Pen offers both active content creation as well as passive content consumption, while the Multiscreen capability finally enables true multitasking. For the user, the resulting experience is completely new and quite unexpected.”

With GALAXY Note 10.1’s Multiscreen feature, users can effortlessly utilize two different applications side-by-side simultaneously for true and easy multitasking. Users can view Web pages or videos, or launch other applications while writing or sketching ideas with the S Pen on the other half of the screen – no need to toggle back and forth between apps.

Further, users can even capture and crop images from an app on one side, and drag them to an app on the side – for enhanced creativity and productivity. The GALAXY Note 10.1 also offers the Pop up Play feature first introduced on the GALAXY S III Smartphone. With it, users can play back videos in a floating window that can be overlaid anywhere on the screen, providing a “picture in picture” experience. New for the GALAXY Note 10.1 is the ability to adjust the size of the video window.

In addition, GALAXY Note 10.1 offers a mini-apps tray that can launch a selection of mini-app on top of others apps and freely moved around the screen. These include Alarm, S Note, Music Player, Email, Calculator, World Clock.

Featuring an advanced S Pen with 1,024 levels of sensitivity, GALAXY Note 10.1 is designed for natural and intuitive content creation. The S Pen is embedded directly into a slot in the device and when removed, activates a taskbar with quick access to optimized S Pen apps such as S Note, Adobe Photoshop Touch and Polaris Office. Alternatively, users can easily set their preferred application to be launched instantly.

The S Note application is a unique tool that gives users the ability to combine notes and sketches with other digital content in ready-to-use templates. Shape Match converts hand-drawn shapes such a square and lines into clean and perfect versions – perfect for creating charts. Formula Match can actually solve formulas hand-written with the S Pen.

S Note is also integrated with knowledge search engines so that users can search for content, obtain information, and easily drag and drop content onto S Notes without having to switch between screens.

Adobe Photoshop Touch, normally a $9.99 purchase, is preloaded on the GALAXY Note 10.1. Further, since it is optimized for S Pen, users are able to control brush size and opacity by just adjusting the pressure of the pen on the screen.

“Samsung’s GALAXY Note 10.1, with its pressure-sensitive S Pen, truly unleashes the power of Adobe Photoshop Touch and provides a great tool for creative expression,” said Winston Hendrickson, vice president products, Creative Media Solutions, Adobe. “More than ever, people around the world want to create, wherever and whenever inspiration strikes. We look forward to seeing what they imagine with the S Pen and Photoshop Touch.”

Users can also use popular Photoshop features such as layers, selection tools, adjustments, and filters to create mind-blowing images, or use the high quality GALAXY Note 10.1 camera to fill an area on a layer with the unique camera fill feature.
With Photoshop Touch, it’s also a snap to add or remove people or objects from a photo, or blend two photos together. To get users started quickly, in-depth step-by-step tutorials are provided to help users learn techniques the pros use for great-looking results.

Photoshop Touch is integrated with Adobe Creative Cloud providing users free access to powerful file syncing and sharing features and 2GB of storage space. Files can be synched to the Creative Cloud and opened in Photoshop on the desktop or laptop for further refinement.

Samsung is adding even more value through a range of partners.
Kno, a pioneer in education software, will offer its e-textbook platform preloaded on the GALAXY Note 10.1. With it, k-12 or higher education students can say goodbye to heavy backpacks filled with books and instead, download any of thousands of interactive textbooks. Even better, with the new Social Sharing feature announced today, they can utilize the S Pen to highlight and annotate the texts, and share those annotations with other students and teachers in the context of their book.

The popular NOOK free reading app from Barnes & Noble will also be preloaded on the GALAXY Note 10.1 as well as a customized NOOK for Android Widget allowing quick and easy access to titles directly from the desktop.

A range of other partners are involved as well, delivering a complete solution.

To allow seamless collaboration with others, the GALAXY Note 10.1 offers a free two-year subscription to Dropbox, giving users 50 GB of storage space – a $100 value.

Samsung Smart Remote, powered by Peel, utilizes the built-in IR emitter in the GALAXY Note 10.1 to transform the device into a sophisticated universal remote control that can control an entire home entertainment system and even recommend programs. GALAXY Note 10.1 is designed with advanced hardware technology, including a 1.4GHz quad-core processor and 2GB of internal RAM. Seamless multi-tasking, high-standard graphics, and blazing-fast performance without any lag are essential features of GALAXY Note 10.1. The device also includes a 5-megapixel main camera and a 1.9-megapixel front-facing camera.

Smart Stay, first introduced with the GALAXY S III, uses the camera in the GALAXY Note 10.1 to prevent the device from going into standby mode while it detects a user in front of the device.

Finally, with AllShare Play, users can share content with a large group in real-time by connecting GALAXY Note 10.1 to Samsung HD TVs, phones, mobile tablets, laptops, and other consumer electronic devices on the same network. With Group Cast, users can also share and collaborate on documents, presentations, or images in real time, without loading the files separately.