Nintendo Wii U: Are You Impressed? 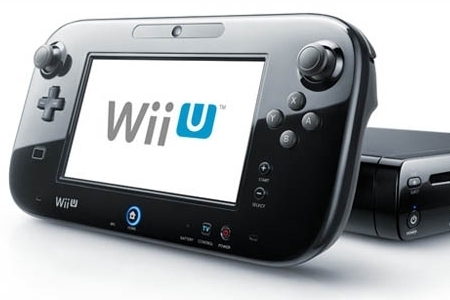 Today was the day every Nintendo fan has been waiting for, the announcement of the Wii U. Though we have seen the Wii U at E3 (which by the way was the worse E3 Nintendo has done) but today we got a deeper look into the new system.

Nintendo Wii U arrives November 18 starting at $299, Deluxe set will be $349 Nintendo’s new console has a price and release date.

The official bundles are as follows:

Nintendo surprised us all announcing Nintendo TVii! (Yes, TVii, like you guys didn’t think they would do that.) It looks like an on-demand, streaming TV solution, something like Google TV. It also acts as a universal controller, if you have a Tivo/DVR The Wii U’s hardware specs are mostly ineradicable.

There’s 2GB of RAM, with 1GB of that being just for games. The basic model has an 8GB solid-state drive as primary storage, while the premium model ups that to 32GB. The Wii U’s optical drive will support a new proprietary disc format that can store up to 25GB similar to Blu-ray discs.

There are still huge question marks hanging over the two most important components, though: the CPU and GPU. Nintendo didn’t say a anything about that either at its press conference. We do know that the Wii U will be capable of outputting full 1080p graphics.

Games
We have all heard a lot of hype when it comes to the games Nintendo will add to the library, but today it was confirmed.

There should be more information about launch titles later today, and whether we’ll actually see third-party games such as the latest installments of Crysis on the Wii U.

Now for all the Zelda fans, they have announced Zelda will arrive sometime in 2014, yes I know i’m not too happy about that. We are used to having a Zelda title every time a new Nintendo system is launched. We just have to sit and wait..sorry guys.

In total, more than 50 games will arrive on the Wii U between its launch in November 18 and March 2013.

Now the question is has Nintendo made a system that fits “Hard core gamer’s” or do you think it’s still a “family” system?