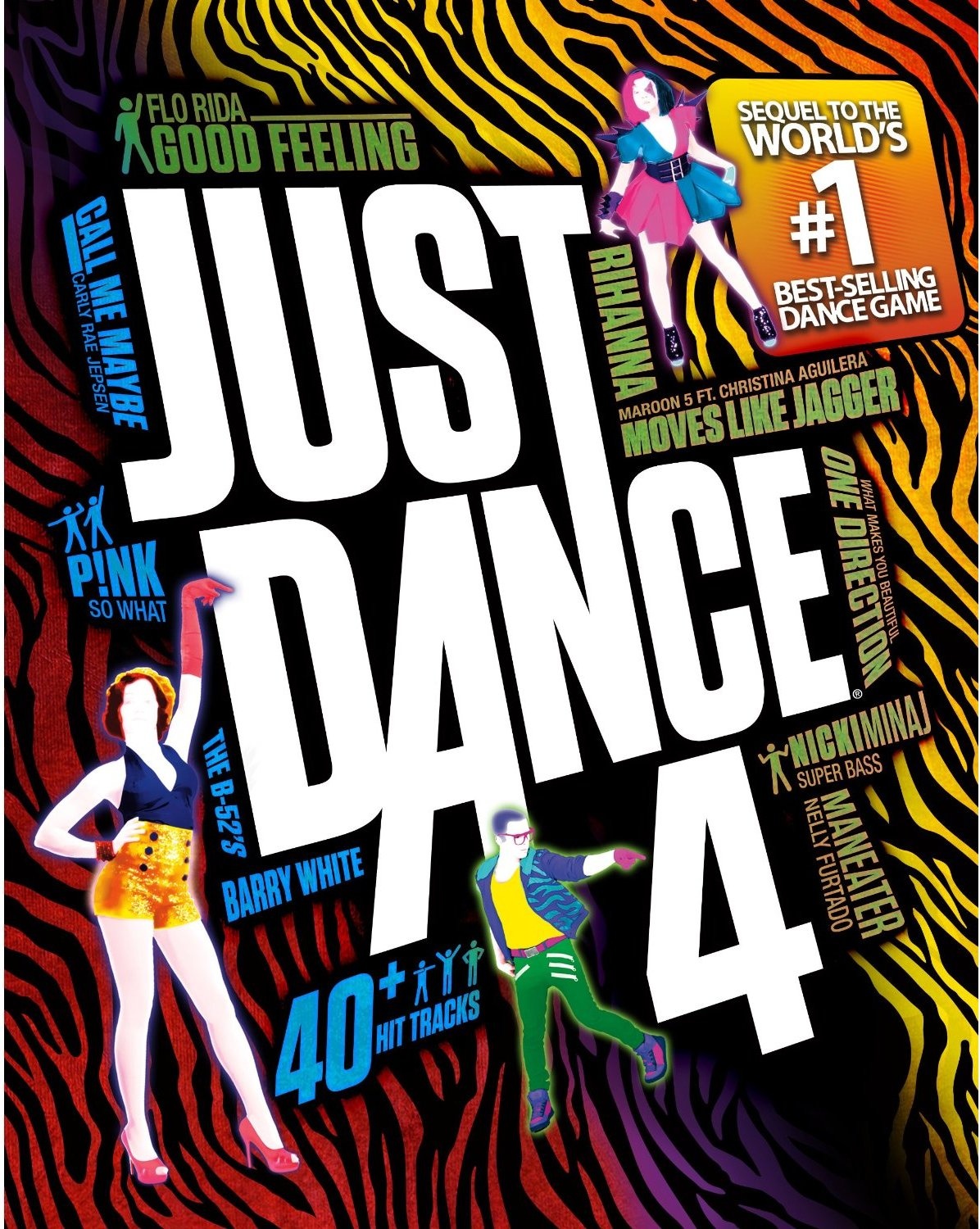 The very popular dance game has announced its 4th main installment in time for the holiday season; Just Dance 4. It will be available for Kinect for Xbox 360, PlayStation Move for the Sony PlayStation 3 and the long awaited Nintendo WiiU. As you may already know; this game is a great time for family and friends. When purchasing the game now you can enter the “Just Dance to Justin Sweepstakes” for a chance to meet Justin Bieber.
You can challenge yourself and friends in many game modes; such as Battle Mode; and Just Sweat Mode. Read the presser for more details. Who’s going to enter to win the Justin Bieber contest?

SAN FRANCISCO –October 9, 2012 – Today, Ubisoft® announced Just Dance 4, the fourth game in the multi-million selling Just Dance franchise, is now available in North America on the Wii™ system from Nintendo, Microsoft Kinect™ for Xbox 360® and Sony PlayStation® Move for PlayStation® 3 computer entertainment system. Just Dance 4 is rated “E-10+” by the ESRB and will be available at both retail locations and online at the manufacturer’s suggested retail price of $39.99. The game will also be released on the Wii U™ system from Nintendo during launch window at the manufacturer’s suggested retail price of $49.99.

Last year, Just Dance 3 was the No. 2* selling video game in the industry, outselling videogames across all genres. This year, the Just Dance franchise broke new ground through a series of events, sponsorships and alignments that tie the game back to both the music artists on the track list and trends in pop culture:

Music. Ubisoft announced Just Dance 4 as an official sponsor of Justin Bieber’s Believe Tour in North America. The sponsorship is highlighted by the “Just Dance to Justin Sweepstakes” which allows fans to enter a sweepstakes on the Just Dance Facebook page for a chance to meet Justin. “Beauty and a Beat” by Justin Bieber feat. Nicki Minaj is on Just Dance 4.
Fashion. Highlighting the aesthetics and unique look of the game, Just Dance made its New York Fashion Week runway debut this year with a collection inspired by the energy and fashion of the game. The Just Dance collection was modeled down the runway by celebrity fans of the game, including reality star and model, Kendall Jenner and Olympic gold medalist, Alex Morgan.
Comedy. Conan O’Brien and Olympic gold medalist Alex Morgan reviewed Just Dance 4 before its release in what can be described as “an epic dance battle” that captured the hilarity and fun of the game.
“The Just Dance franchise has solidified its place in pop culture over the past three years, and Just Dance 4 will increase the brand’s lead in the dance category by expanding onto a new platform and bringing even more dynamic features to fans,” said Tony Key, senior vice president of sales and marketing, Ubisoft North America. “Whether people are looking to have fun with friends and family or incorporate the game into their active lifestyle, Just Dance has proven to be a huge success across the board with fans of all ages.”

Featuring more than 40 tracks across a wide range of musical genres, including pop, hip-hop, rock, R&B, country, disco, funk, and more, Just Dance 4 introduces a number of new game features that take advantage of the unique mechanics of each console. From Stevie Wonder to One Direction to Rihanna, Just Dance 4 includes today’s hottest hits as well as classic dance tracks that everyone loves.

Battle Mode: In the all-new Battle Mode, friends go head to head with each other in six rounds of dance battles. During the battle, the choreography and music changes in real time, depending on who is currently winning or losing. The ultimate winner gets bragging rights until the next dance battle!
Alternate Choreographies: Players have the chance to unlock alternative dance routines for some of their favorite tracks. They can opt for a more challenging, faster-paced routine or more outlandish choreography, depending on their mood.
Expanded Just Sweat Mode: The popular Just Sweat mode gets a major upgrade with new workout sessions, personalized programs and a calorie counter to track your workout intensity. With Just Sweat, players stay fit while having fun – it’s exercise in disguise!
For the latest information on Just Dance 4, please visit: www.justdancegame.com. Follow us on Twitter @JustDanceGame and use hashtag #justdance4.