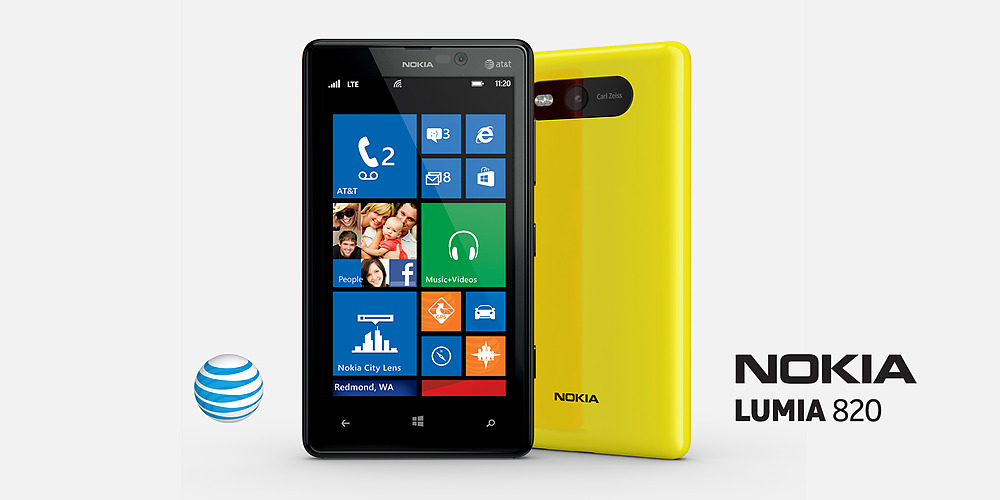 When you think Windows 8 Mobile – HTC 8X and Nokia 920 are usually the phones that come to mind. The 8X because let’s face it HTC makes beautiful phones and the PureView camera found on the 920 was all the rage.

Considering it’s been widely reported Windows 8 Mobiles are considerably lacking in the app department and minus the fancy smancy camera is the Nokia Lumia 820 even worth your consideration?

The Nokia Lumia 820 is considered a “mid range” phone which some have confused with meaning subpar. That couldn’t be farther from the truth. The features list reads like any Golitah smartphone on the market: One thing you have to admit about Nokia is you can always spot one of their handsets in a crowd. Always stylish and well built and the Nokia 820 doesn’t break form. Although the 820 isn’t as slim as most smartphones it feels good in my hands. It’s a little heftier than most, yet not as heavy as the Nokia 920.

When I read the resolution of the 820 is 800×480 I expected a muddled display but Surprisingly that isn’t the case. The ClearBlack OLED display with Sunlight Readability Enhancement the display is surprisingly crisp and clear. In comparison to the Amoled screen on the Samsung Galaxy S III which is supposedly optimized for outdoors viewing the 820 is heads and shoulders above the competition.

Another thing I’ve always loved about Nokia was the ability to switch out the cases for a varied look. The 820 stays within that tradition. I think the inclusion of one or two additional cases would have made getting the 820 a no brainer having to pay an additional $20-$25 for the ability to change colors seemed a bit much. Also, it took me awhile to figure out how to pop the case off but when I was able to pop it open the battery fell right out. So if you do spend the extra cheese for the option cases you may want to hold the phone face down and open slowly so you don’t end up spending a lot of time searching for a lost battery like I did. To be completely honest there isn’t much difference as far as I can tell between the Windows Mobile 7 and Windows Mobile 8. The biggest attraction to me is the lock screen which was both practical and beautiful. I’ve come to fall in love live tiles, I appreciate not having to search through my phone to see what I want such as Facebook Updates, messages, etc. The proprietary Nokia apps are hands down the best feature. But is it worth the purchase? That solely depends on personal preference. If I opted to have a Windows handset honestly of all the Windows Phones on the market the 820 would definitely be my pick. Even with the few “flaws” it doesn’t take away from the fact that it’s a great little handset and an undeniably steal at a price point of $49.99 at AT&T.