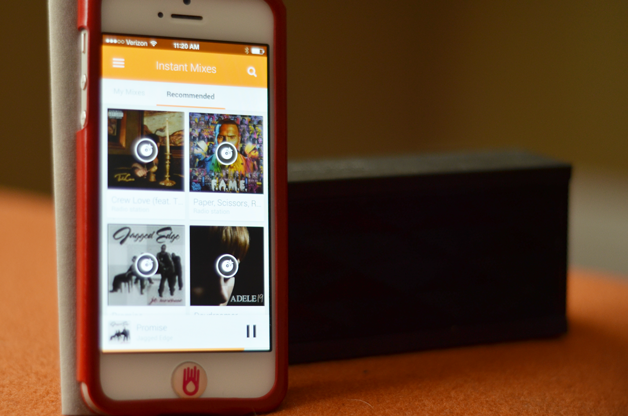 I never liked Spotify when it was released and I already has a huge library in my Google Music so I was not about to move over like the masses. Fortunately I’m one of those people who always had 2 phones, an iPhone and Android otherwise I would have been lost with just my iPhone because there was no native Google Plus Music app to use. There were other apps, like Mihn Movile Dev’s Google Music Free app, but they never worked like the Android app and I was left feeling blighted! lol

3 years after making a massive campaign for users to use Google Music, Google has released native iOS app today! The Google Play Music app comes equipped with most of the features from the android app. If you were previously using different apps, you will not notice much difference outside of the interface. The app comes in two version: free and paid. The free version is the standard that allows users to upload 20,000 tracks, with the option to create instant mixes based off the music in the library. The real benefit is the apps premium service that gives you access to more than 20 millions songs AND come with a pandora like radio station picker. Still lacking is the option to buy music through the iOS app, as all purchases would have to go through Apple’s iTunes system, which I’m sure has made Google pretty upset. Even though I’m here for it, the app has an uphill battle entering a crowded market, already dominated by big names such as Pandora, Spotify,and Microsoft’s Xbox Music.

Would you use the app?