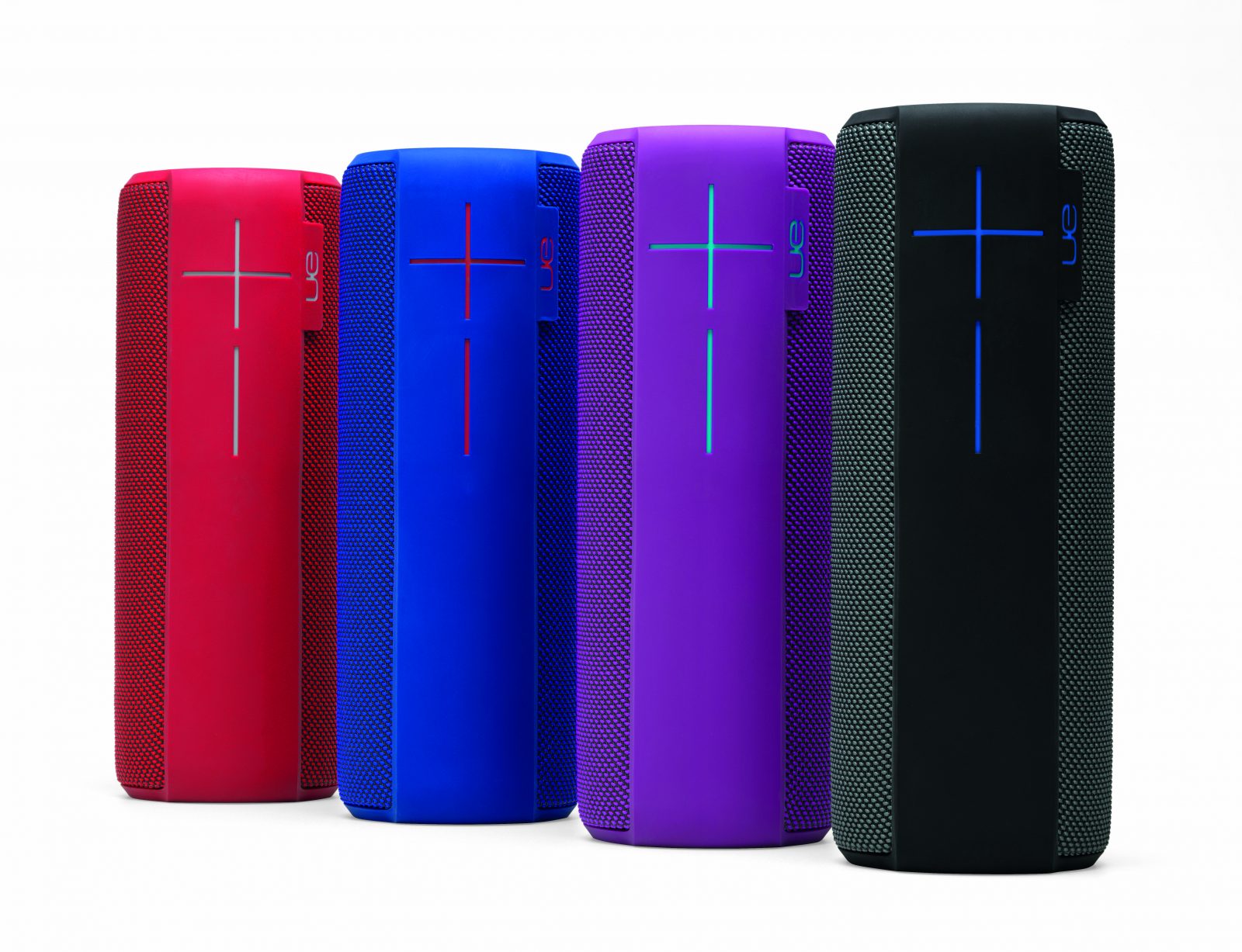 Ultimate Ears has had great success with their UE Boom Wireless speaker. They have announced a bigger more powerful addition to the UE Boom lineup, the UE Megaboom. It has the same design as it’s predecessor, just bigger and louder. The UE Megaboom is IPX7 rated and has 100 foot wireless range (so they say.We’ll see when we test it out). With these specs you can use the speaker anywhere and far from your phone. There are four colors available. Today Ultimate Ears is expanding its lineup of multi award-winning mobile speakers with UE MEGABOOM, the next-generation portable wireless speaker that delivers more power, more sound, more bass and more mayhem than you’ve ever experienced before in a portable speaker.

Similar to UE’s first mobile speaker, UE BOOM, the next-generation UE MEGABOOM blasts freakishly amazing 360-degree sound with heart-pounding bass. With a waterproof – IPX7 certified – and stain-resistant acoustic skin, and a durable grab-and-go design, UE MEGABOOM makes your musical adventures both awesome and easy. Plus, UE MEGABOOM weighs less than two pounds, features a 20-hour rechargeable battery life and 100-foot wireless Bluetooth® range, so you can keep the party going anywhere. You can also wirelessly Double Up with a second UE MEGABOOM, or UE BOOM, for twice the beats.

“People want their music wherever they go, and to be part of everything they do,” said Rory Dooley, general manager of Ultimate Ears. “That’s why we designed UE MEGABOOM to be strong enough to withstand your life and your adventures, and allow you to share the magic of music wherever you go.”

Both UE MEGABOOM and UE BOOM are designed to frequently update with groundbreaking features accessible through the respective free apps for iOS® or Android™, such as remote On/Off, alarm functionality and fully customizable sound. And now, for the first time ever, updates can be made to the speakers over the air.

UE MEGABOOM is expected to be available in the U.S., and in select countries in Europe and Asia in January 2015, for a suggested retail price of $299.99. For more information, please visit www.ultimateears.com.