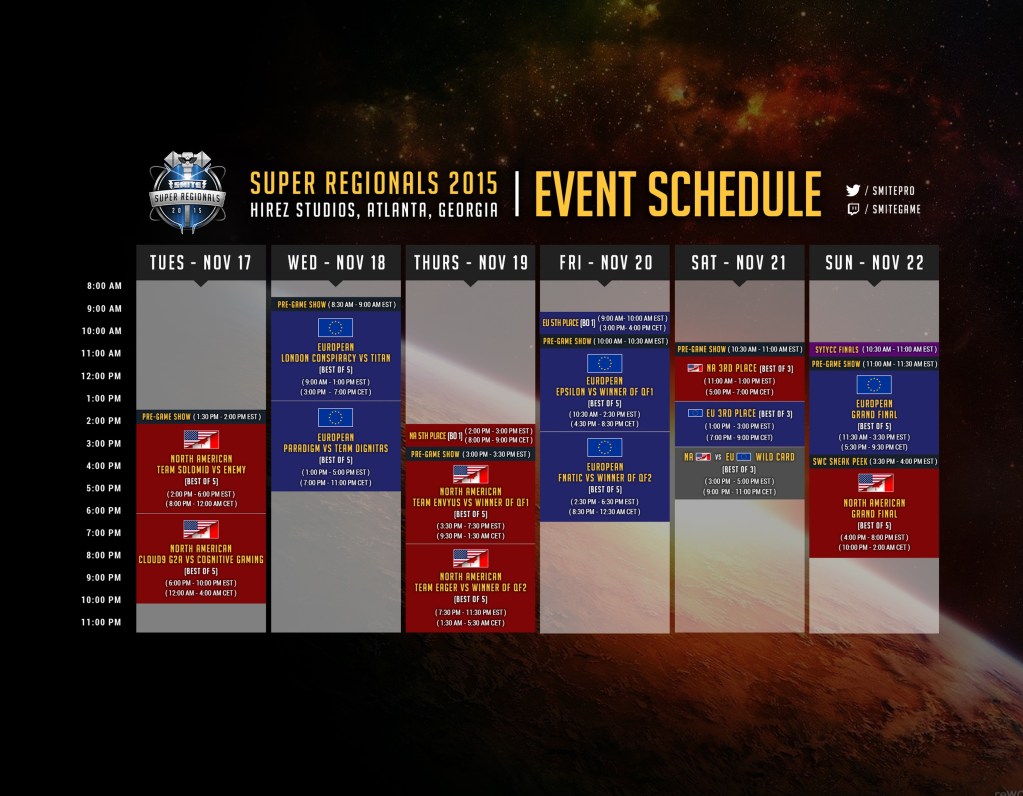 Hi-Rez studios will be kicking off their SMITE Super Regionals tournament starting Nov. 17 ending with the biggest and final battle that will take players on the road to the SMITE World Championship (SWC) happening January 2016 in Atlanta Georgia.

Twelve teams from North America and Europe will compete over six days of intense competition, with the top five teams qualifying for the World Championship and a chance to get their hands on the $1,000,000 SWC prize. Super Regionals has a combined total prize pool of $493,000, this is the second largest SMITE prize pool behind SWC itself.

For those of you looking to catch all the action – Hi-Rez Studios will be streaming the Super Regionals live on their Twitch channel beginning on Nov. 17 at 2pm EST.