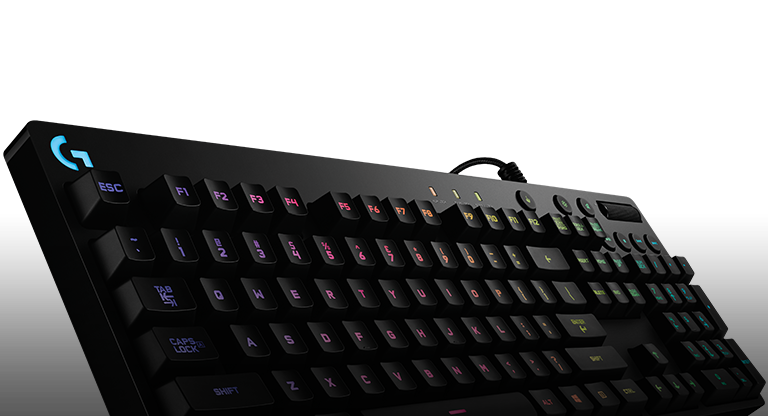 The company behind some of the most impressive PC accessories has announced a new gaming keyboard. When you look at most gaming keyboards, they look very elaborate. They have so many buttons and extra parts that many get intimidated and start looking for something simpler. So, Logitech decided that since they already had an elaborate gaming keyboard (like the Logitech G910 Orion Spectrum, my personal favorite) why not make a simpler looking keyboard, but with the same performance the company is known for.

With the Logitech G810 being smaller than any other gaming keyboard I’ve owned, I was afraid that it would be missing some of the features that I’ve come to depend on from a Logitech gaming keyboard. I was able to review the companies G810 Orion Spectrum and put it through my normal wear and tear test. Now, let’s see if Logitech’s new keyboard will be added to my list of must-haves when it comes to gaming keyboards.

As most of you of already know, I have been using the Logitech G910 Orion Spark, when I switch it out for the G810 I notice I had a lot more room. The main difference is that the G910 came with a palm rest and had a compartment for you to hold your phone to use the Arx Control Integration, allowing you to look at In-Game stats on your mobile screen. The G810 does not offer these features, which makes the keyboard look a lot smaller. Although the keyboard doesn’t come with a palm rest, you can still adjust the G810 with three angle adjustments – this will allow you to set your keyboard to 0, 4, or 8 degrees for the best fit for you. No need to worry about the keyboard moving during intense matches, you have rubber on the bottom of the small adjustable stands that will keep your keyboard in place.

One of my favorite design features of the Orion Spectrum are the curve keys. The curve keys are curtail to me while in game. I have my keyboard stationed under my monitor so I can’t see my keys unless I look down, so the curve keys allow my fingers to stay in place without me accidentally hitting the wrong key. Comfort is a must when it comes to purchasing a gaming keyboard and Logitech knows how much that means to gamers, that’s why they equipped the keys with smooth key caps – these caps are a tremendous help when it comes to speed and comfort.

With the G810 Orion Spectrum being smaller in size, I decided to take it with me on a few trips – as most of you already know, I don’t go anywhere without my PC accessories. The G810 fit perfectly in my book bag, I didn’t have to fight to make it fit, and it’s also light which makes it even better to carry around. 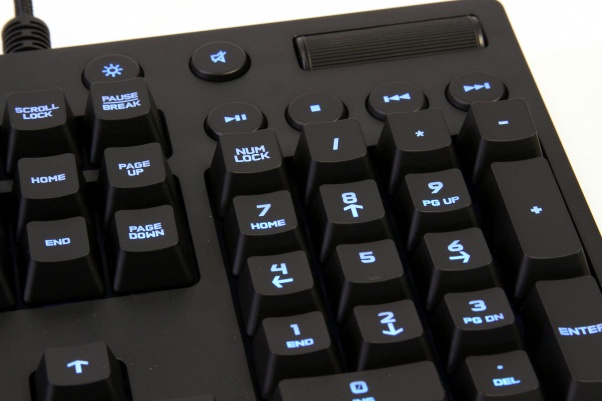 The keyboard comes equipped with Logitech’s exclusive Romer-G mechanical switches. Romer-G gives you a faster response, if you have a Cherry MX mechanical keyboard and then use the G810, you will atomically see the difference in speed.

As most of you already know, I’m extremely heavy handed, and if you have read some of my reviews before – I need something that will endure the “beating” I usually put my equipment through. The G810 survived me traveling from New York to Maryland on a bus – which consists of me throwing my book bag on the floor, using it as a foot stool and throwing it in the trunk of a truck, but as soon as I got to my destination – I took out the keyboard, hooked it up and it worked without a problem, not even a scratch. Now, during gameplay – I have a very bad habit of banging on my keyboard when things are not going well in a game (yes I rage in game) but even after all the “beatings” I put it through, the Logitech G810 showed no signs of it. 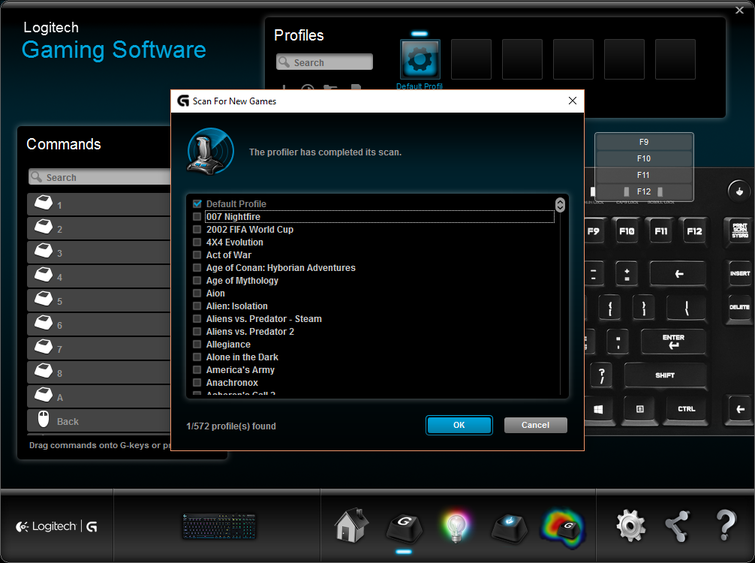 One of the most important functions when it comes to purchasing a gaming keyboard is customization. By using the LGS (Logitech Gaming Software), the software will help you personalize your keys, you can choose from over 16.8 million colors, and you also have the option to go from breathing lighting affects to having every color go off at once. Now, I know what you’re thinking, you have way too many games to sit down and customize each game, well Logitech knows exactly how you feel, that’s why the company has added over 300 pre-loaded game profiles, so now all you have to do is look up the game you wish to play and activate the profile.

You can also customize your F1-F2 keys to your liking, and those too can be customized with lighting as well. 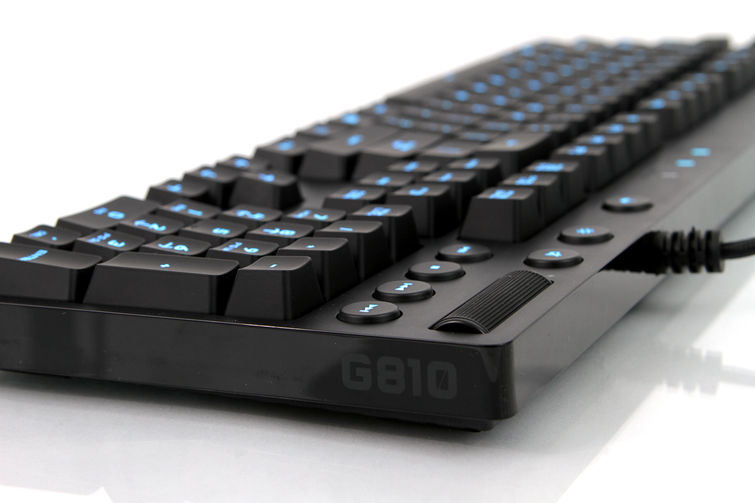 At first, I was on the fence about the company’s new gaming keyboard, it was smaller and missing the palm rest. I was afraid that the keyboard would be too delicate for me to travel with and also withstand the daily wear-and-tear I usually put my keyboards through. I became accustomed to having the palm rest there – it was perfect for my all night gaming sessions. But that wasn’t the case, the G810 survived some brutal trips and I still felt comfortable playing for hours. Logitech gives players the same features and Romer-G switches that we have come to love from the company. One of the best features is being able to choose from a list of gaming profiles and with just one click have all my keys set-up and ready to go.

Thanks to Logitech and Ubisoft teaming those of you who pre-order the G810 will receive the full game, Tom Clancy’s The Division. This is Logitech offering those who purchase the keyboard the full game bundle and will be releasing a new Arx Control applet and custom RGB lighting profiles, for The Division, which launches March 8.