Today, during, Ubisoft’s E3 conference the company and Sony Interactive Entertainment (SIE) took to the stage to announce an expanded partnership for, Watch Dogs 2.

This will be the newest installment to the hit franchise which allowed players to take on the role of a hacker named, Aiden Pearce’s in the first game.

This time around players will now take on the role of Marcus Holloway. Marcus was raised in Oakland – he was wrongfully profiled by ctOS 2,0 – which if you remember, is an updated version of the surveillance software, which was featured in the original game. Watch Dogs 2 will take place in San Francisco.

In Watch Dogs 2, players will be able to have the freedom to choose, how they will control their environment in order to complete your missions. Players will use hacking as their main weapon – explore the open world environment and use the network of the city as well as every person and device that becomes available to achieve your goals.

Watch Dogs 2 will be available on November 15, 2016, for the PlayStation 4, Windows PC and Xbox One.

PlayStation 4 users will be granted a 30-day exclusive access to all the post-launch DLC – PS4 users will also be the first ones to receive the DLC’s. 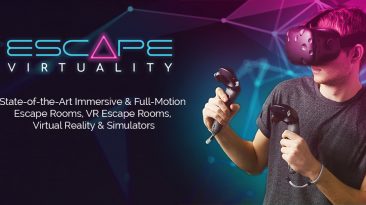 Looking for something different to do in New York? Escape rooms have become very popular. In Escape Virtuality, escape rooms meet virtual reality, with the “Goblin...

It’s the weekend before the holiday and you’re looking stocking stuffers that don’t seem last minute. Check out some of our stuffers that would make...