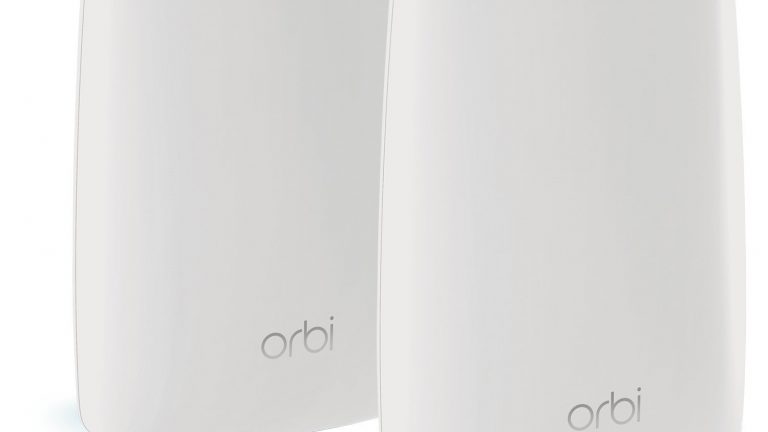 Facebook Twitter Pinterest Email
The NETGEAR Orbi Wifi system is supposed to help eliminate wifi dead zones in the home. How well does it work, and how easy was it to set up?

Netgear is a trusted name when it comes to routers. With homes having lots of devices connecting to networks both wireless and via ethernet, Netgear has come through with solutions for optimized connection. They introduced the NETGEAR Orbi Wifi system. 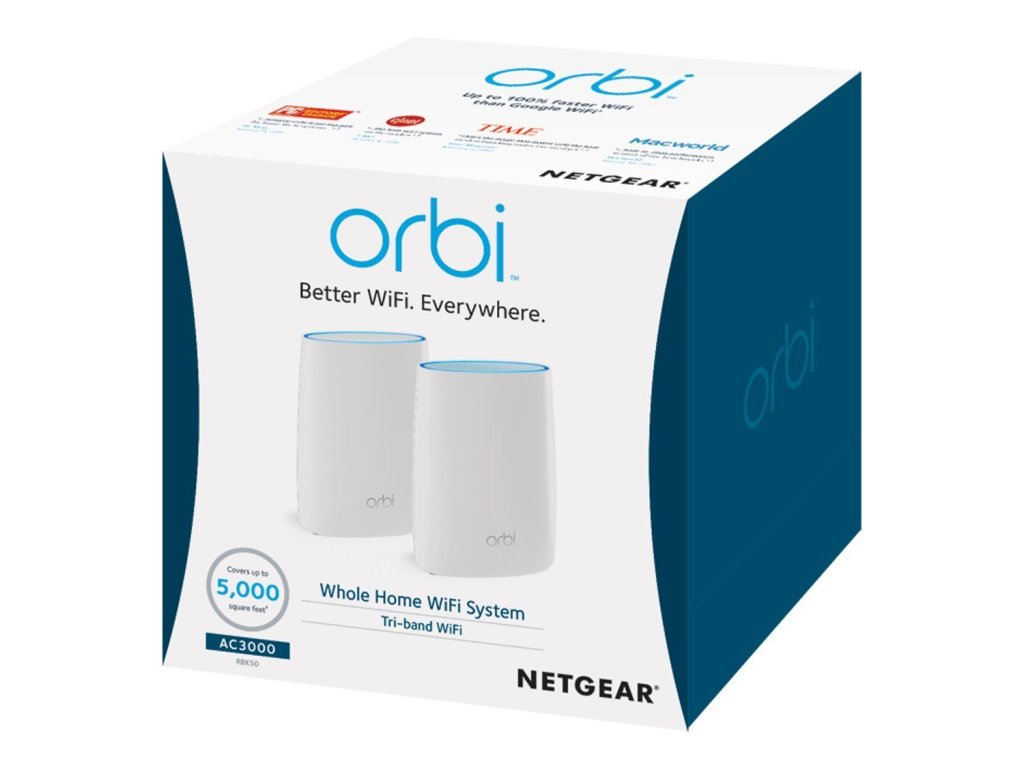 What is the NETGEAR Orbi?

The Orbi is a wifi system, that connects to your router and extends the signal without you having to do too much to your existing internet setup. The main Orbi router connects to your modem router and the Orbi Satellite can be placed in another part of your home. With the Orbi Wifi system properly in place, your entire home should be covered.

Setting up the Orbi Wifi System

Setting up the Orbi System is pretty self-explanatory and easy task if you’re familiar with routers. In the box you get the Orbi Router and Orbi Satellite. They each have a wall adapter and an ethernet cable is provided also. They look exactly the same. The router and satellite are individually labeled for distinction. The router has the wifi network name and password. You can use the Orbi app for easier setup. I set up the Orbi through the browser. Just go to orbilogin.com. You can use the Orbi app for easier setup.It will search for the NETGEAR wifi systems and ease in through the setup. After the Orbi Router and Satellite connect with each other it will light up. 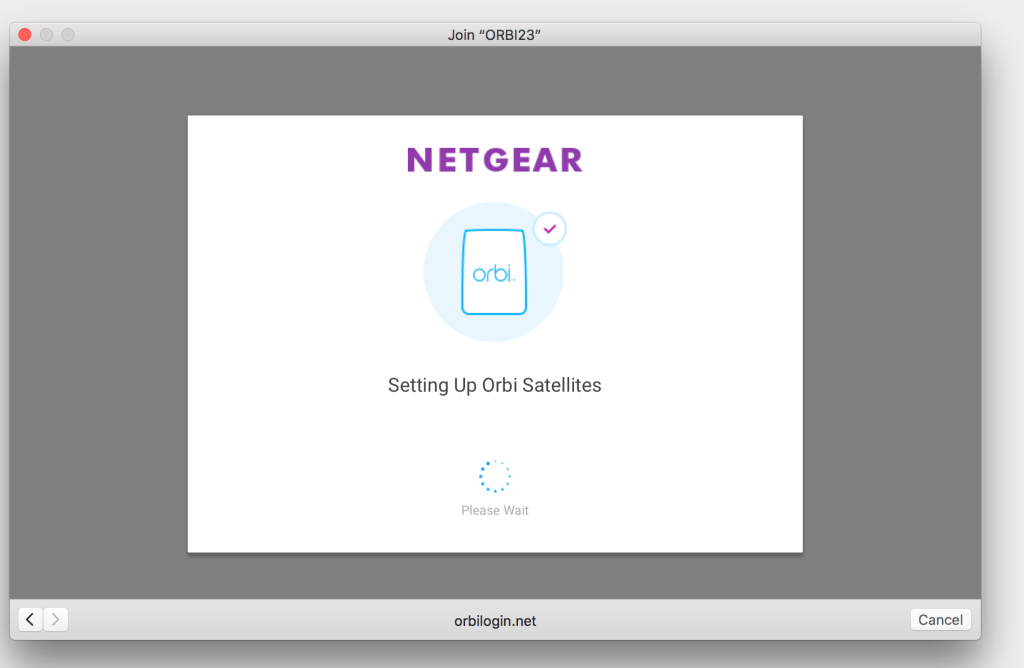 You place the Orbi router next to your modem and the Orbi Satellite where you know there is a dead zone, or in the middle of the home. In my case, since I live in an apartment, I placed it in my bedroom where the Wifi signal definitely cuts off. 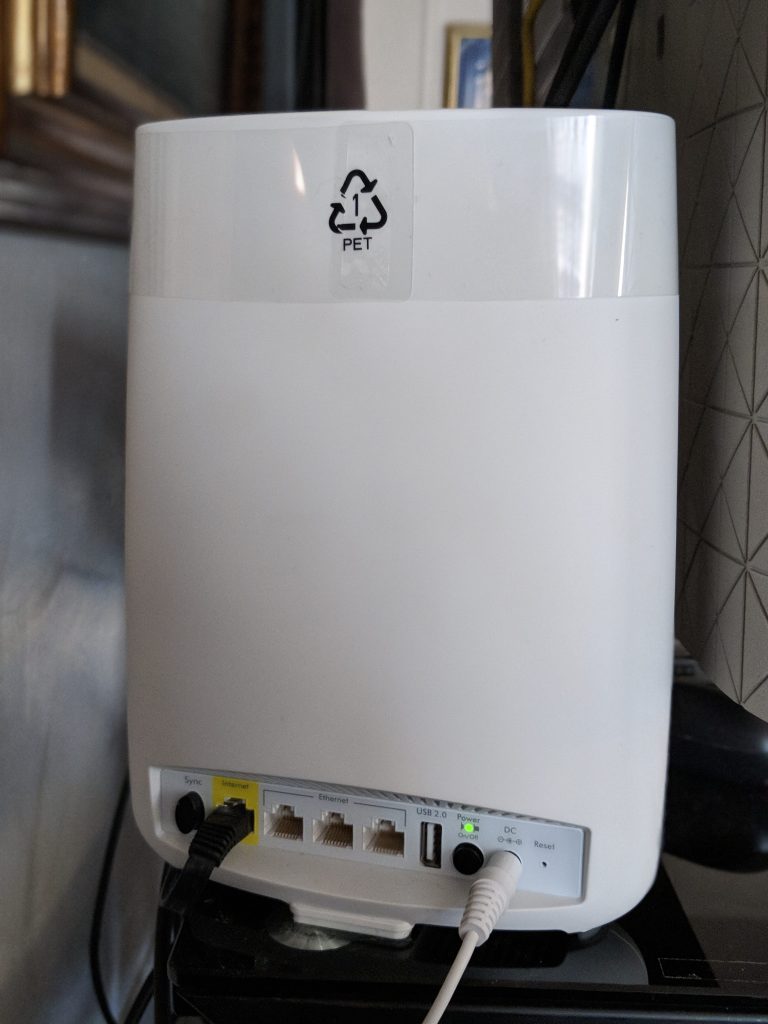 The Orbi has rings a the top of both the router and the satellite which indicate the current status. During the setup, the light ring on the Orbi router will turn white and then pulse white. During the setup, the Satellite will blink Magenta for a bit until it connects. Once it connects you will see either of the following for 10 seconds before turning off (according to the NETGEAR site):

Experience
The Orbi is pretty easy to setup and use as you can see. Logging in online versus the app gives you a bit more options on what you can access. For the most part I haven’t had drops in service. This is due to the Orbi creating its own band that can’t I cannot say for sure, but that may be due to the small size of my apartment. For larger homes, you may have to spend a bit more time finding the right place to place the Satellite unit of the Orbi. We have a lot of devices connected to the internet in my house. This includes but is not limited to: 4 smartphones, 3 tablets, Xbox One X, Playstation 4 Pro, 2 smart TVs, 2 Alexa powered speakers, 2 Google Assistant-powered speakers, and 3 Sonos speakers. Most of the mobile devices (tablets and phones) are connected to the wifi at once. I experienced consistent connection along with everyone else sharing it with me. There’s now an Amazon Alexa skill that works with the Orbi system. Of course you will need an Alexa device (Echo, Echo Dot) and an account with NETGEAR. With Alexa, you can reboot the router and turn the Guest Network on/off. If you ask Alexa before you set up, she will send a card to your Alexa app to assist in setting up the NETGEAR skill.

Price and Availability
If you go on the Netgear site, you can answer a couple of questions to see which Orbi System is the right system for you. You can also add more Orbi Satellites to a system if you already have one and need more coverage. Pricing is as low as $299 and goes up to $349.99. You can check out your options for full Orbi systems and add-ons on Amazon.com

You really can’t go wrong with the NETGEAR Orbi Wifi System. While it may be a little expensive, it will save you lots of frustration, especially if your home is 2 floors or more and you have a lot of devices connected. I trust NETGEAR as a brand overall, so I the Orbi system performed exactly as I expected. Hopefully the price keeps dropping to make it a more justifiable purchase.