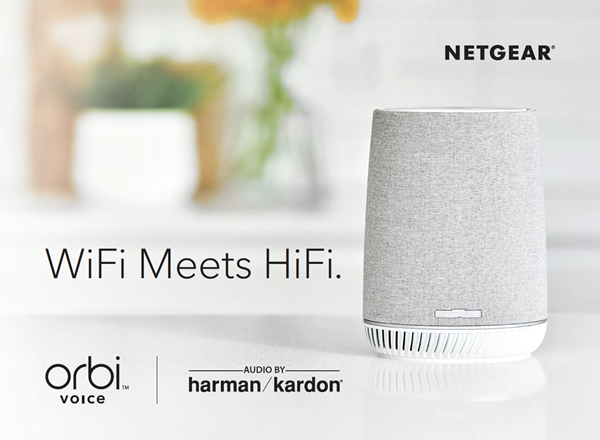 Netgear has announced another addition to the Orbi family, Orbi Voice. They have teamed up with Harman Kardon to make the world’s first mesh wifi system with a built-in smart assistant, Alexa. It’s supposed to give you “better wifi and sound everywhere”. Combining the best of both worlds, fast wifi, and Amazon Alexa, the Orbi Voice is supposed to be both useful and delightful. I had the chance to demo the Orbi Voice recently and it doesn’t sound bad. I’d say it’s a great addition if you’re planning on getting a mesh wifi system or expanding your Orbi system if you already have one. The controls are located on top of the Orbi Voice, and it has an indicator ring like most Alexa speakers have. The Orbi Voice will be out next month for $429.99. 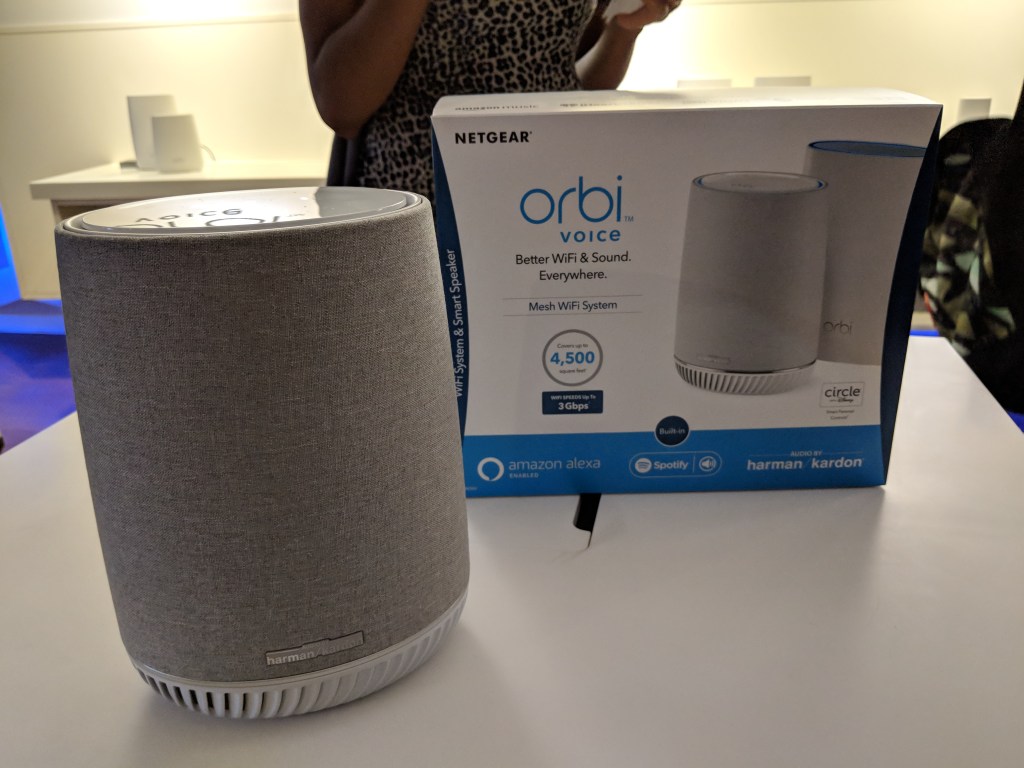 From the Press Release

Orbi Voice as part of any Orbi WiFi System creates expansive whole home WiFi coverage up to 4,500 square feet (186 square meters) or more of high-performance WiFi up to 3Gigabits per second combined WiFi speed, along with premium audio by Harman Kardon® for incredible sound in any room. With the built-in Amazon voice assistant capability fully integrated into Orbi Voice Satellite, Alexa can be asked to play music from the most popular music services as well as, set alarms, control IoT devices, check traffic, weather, sports scores, and so much more, without needing a separate Amazon Echo device. 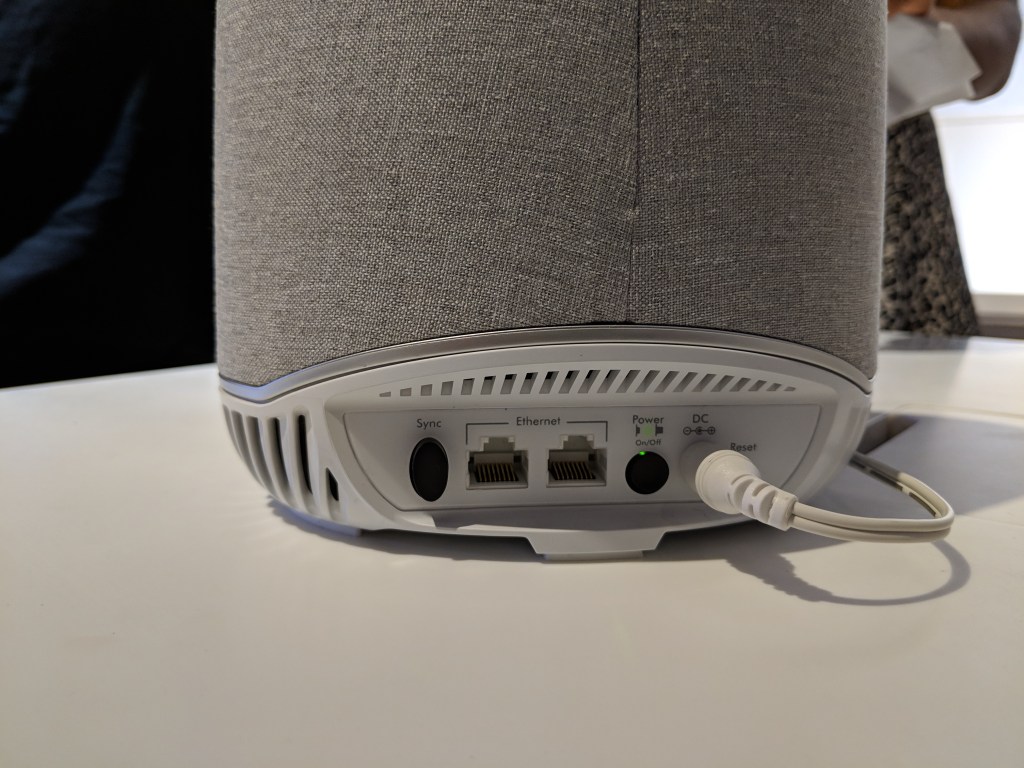 WiFi Systems are designed for a broad range of home environments, from apartments and lofts to single family homes and sprawling estates. The new Orbi Tri-band Mesh WiFi System with Orbi Voice Smart Speaker and WiFi Satellite (RBK50V) delivers up to 3Gbps* high-performance WiFi coverage for homes up to 4,500 square feet (418 square meters) for a nearly zero buffering and no dead zones WiFi experience.

The new Orbi System is ready right out of the box and will work with current internet service providers. Setup for an Orbi System is easy using a mobile device through the free Orbi app. It offers easy network management and helps to keep the device current with automated Orbi software updates for new features and WiFi enhancements. Through the Orbi app, set Circle® Smart Parental Controls on NETGEAR to manage content and time spent online on a per-child or per-device basis. You’ll also benefit from a separate guest WiFi network and other advanced router features. 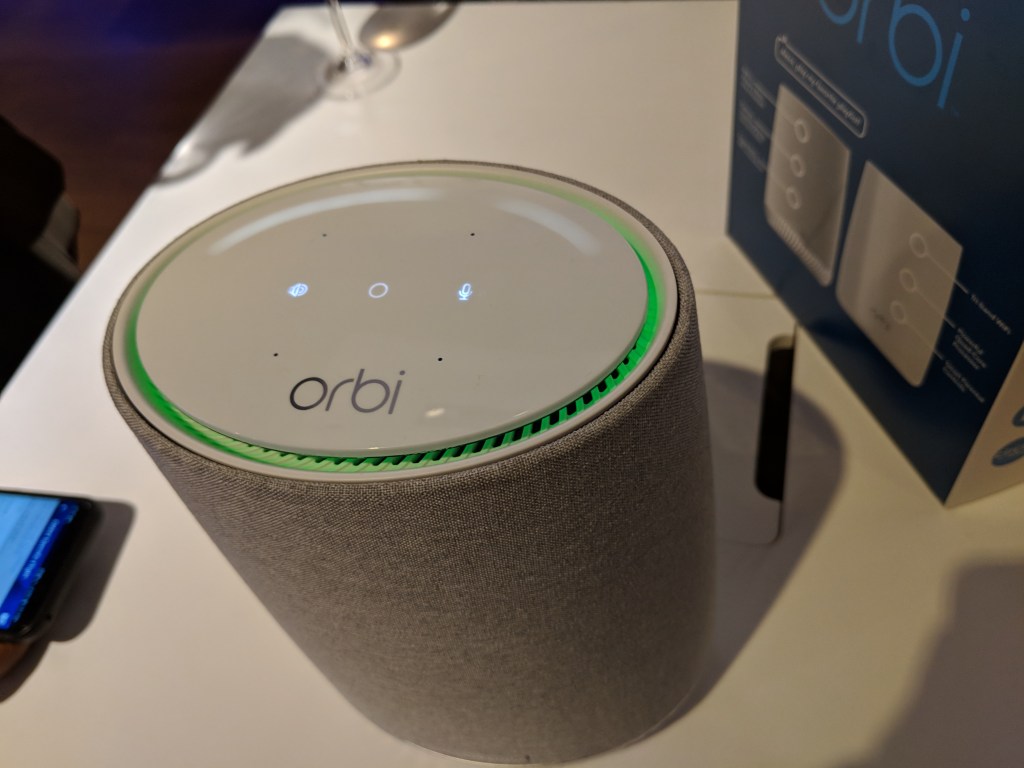 Pricing and Availability
An Orbi Mesh WiFi System (RBK50V) consisting of the Orbi Tri-Band WiFi Router plus one Orbi Voice Smart Speaker and WiFi Satellite will be available later next month for an MSRP of $429.99 (USD) £429.99(GBP) and €499.99 (EUR).