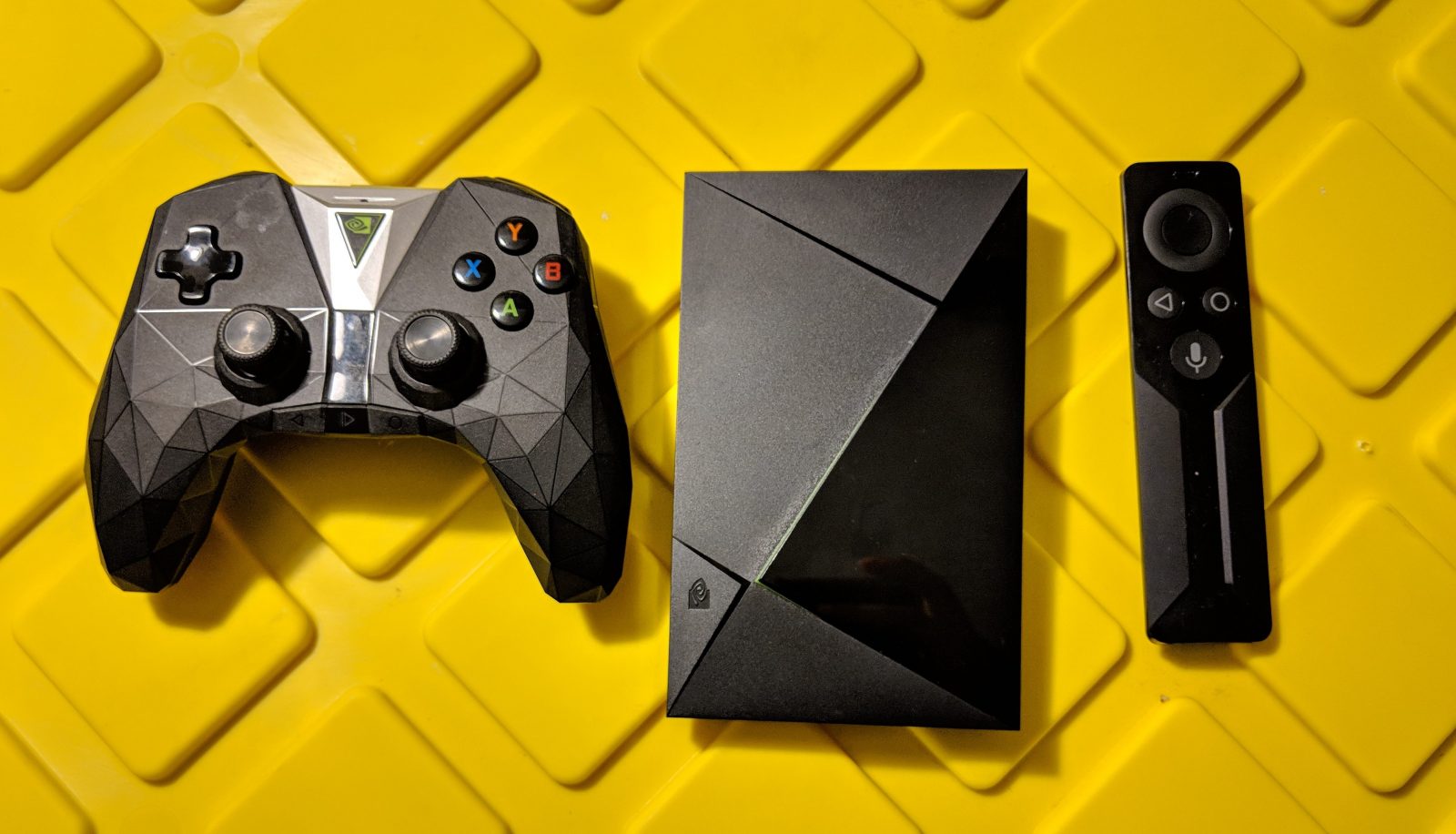 As a gadget lover when I buy certain gadgets, I buy them with a particular use expectancy. Some things are not worth buying after a certain period. They lose their novelty and are outdated. The market has gotten flooded with media streamers, and there’s a constant comparison between them to see which is the best one. The NVIDIA Shield TV is one of those products that falls into a small group of gadgets that are still worth buying years after its initial release. I’ve been using one for a couple of months now, and I enjoy it. Take a look at the specs and check out why the Shield TV is still a good buy years after its release. 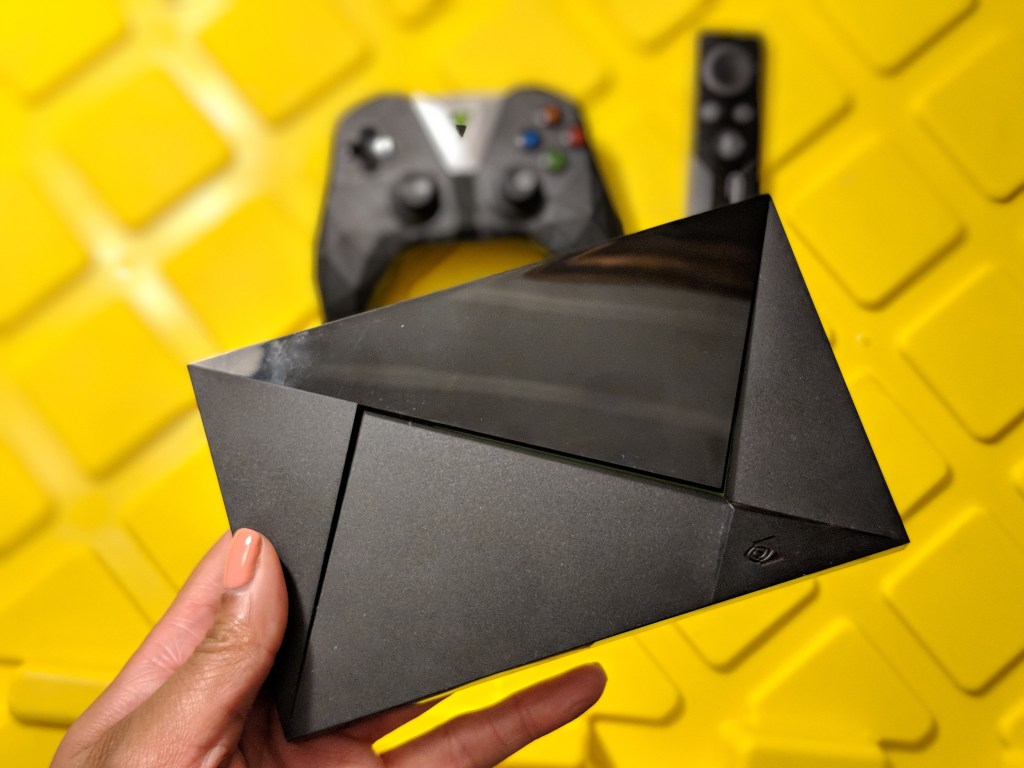 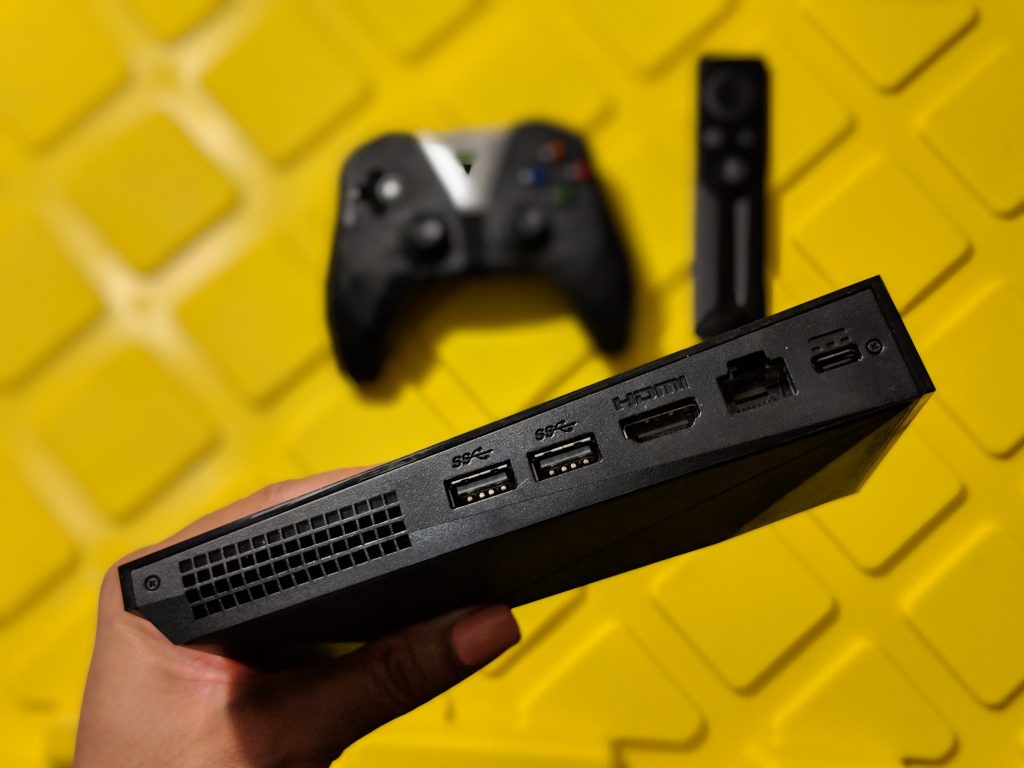 The design of the 2nd gen shield is very appealing. It has good build quality, not flimsy at all. It is tiny! With all of the things I’ve been adding to my entertainment center (soundbar, woofer, router switch, three consoles, and set-top box), adding the NVIDIA Shield wasn’t such a big issue. It fit right into the perfect spot. The small footprint doesn’t hinder the specs of the Shield. It has an ethernet port, which is one of the best things. I connected the Shield TV to my gaming router, and it was a wrap. Streaming flawlessly, without lag!

I got my NVIDIA Shield TV in 2018, well after its initial release. Don’t be mistaken, I heard great things about it, but I was a bit skeptical about all that praise for a streamer. The original NVIDIA Shield was released in 2015. They released the second gen version in early 2017. We’re now in late 2018, and the Shield is still getting updates! That’s pretty amazing. Just earlier this month (September 2018), the Shield TV got another update, Shield Experience 7.1. With this upgrade, apps were enhanced, and NVIDIA Share returned. With NVIDIA Share you can record gameplay and take screenshots. The consumer is getting their money’s worth. 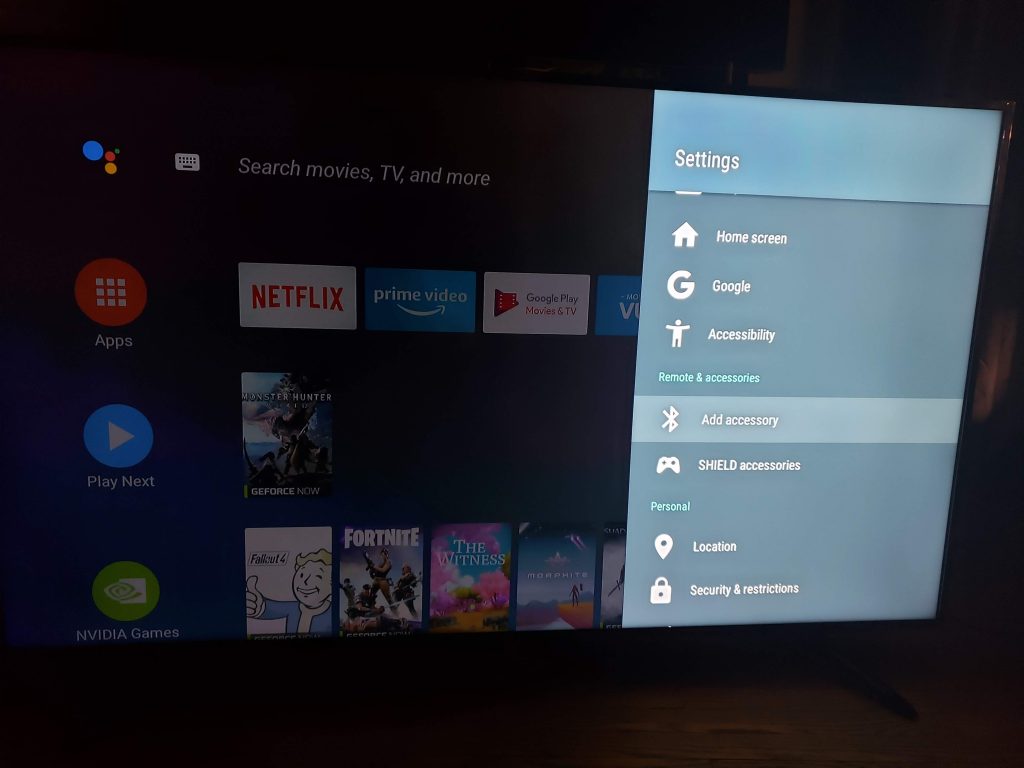 This is one of the main reasons you buy the Shield. While there are many “smart” TVs, some of the software is limited in capabilities and updates. Unless you’re updating your television every couple of years, it’s likely it won’t be supported with updates. Android TV is more fluid and easier to navigate, especially if you have an Android phone. The OS layout is more familiar. Before the Shield, I was using a Google Chromecast in one room and a Nexus TV in another. While both were decent streamers, they were not streaming 4K content. The Shield Remote is a bit easier to navigate with the control, and you can do so much more with it. Entertainment isn’t limited on the Shield TV. Since it’s an Android TV, you get apps from the Google Play Store. This includes movie apps, like Vudu and Fandango. It also supports Kodi. Streaming Kodi in 4K is pretty cool. 4K HDR entertainment is definitely a go. It doesn’t stop there; you can access Plex on the Shield TV as well, serving as a media center, bringing streaming full circle.

The Shield TV comes with Google Assistant built-in. If you’re not into the entire smart-home process, you can at least do some basic Assistant things. You can ask Google Assistant for weather, sports news, recipes, and info about your favorite TV shows. The Google Assistant responds via voice and also displays the answers as well. 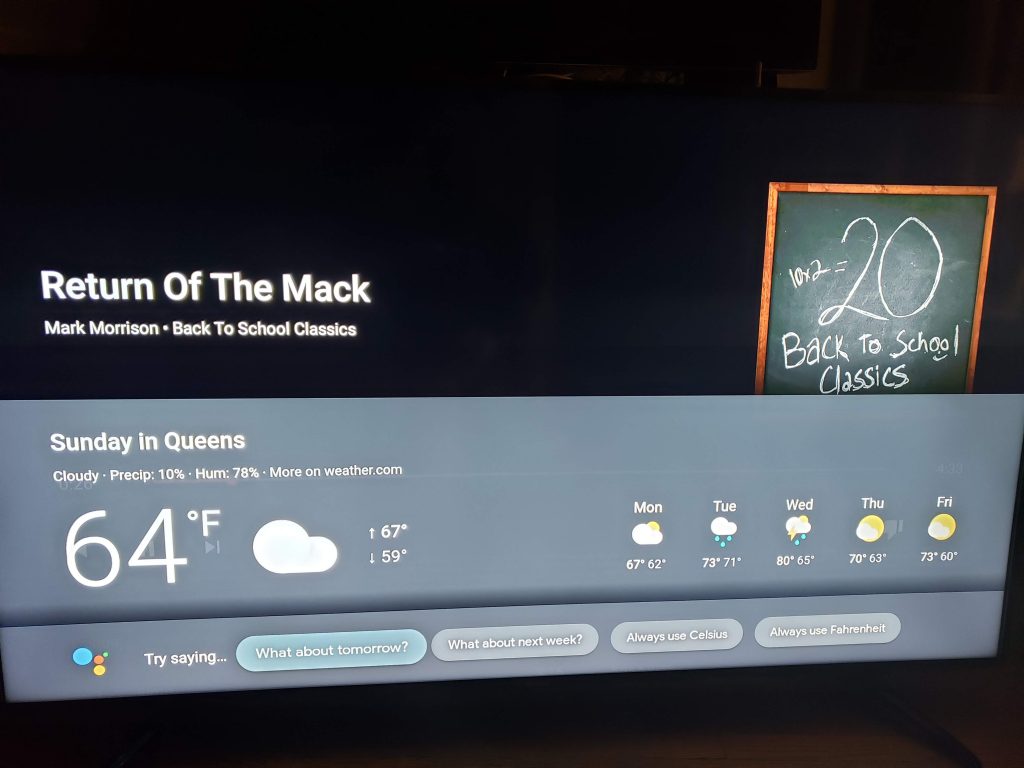 Taking the streaming box category to another level, the Shield TV allows you to control your smart-home products with Google Assistant. That’s pretty dope. There’s a smart home edition bundle of the Shield that comes with a SmartThings hub to give you Zigbee. This is your basic smart assistant use.

A trend that has caught on lately is cutting the cord. With the consumption of online media combined with ridiculous cable prices, many are ditching their cable boxes and going to online TV services, such as YouTube TV, Sling TV and Playstation Vue for content. As expected, you can access those apps from the Shield TV.

The Shield is also a gaming system. Another feature in the multi-layer streaming box. While it’s a feature I’ve barely used (I need a new gaming PC), I’ve tested it a few times, and it seems excellent for the casual and maybe the heavy gamer. If you’re into mobile gaming, you will definitely enjoy playing Android games on the big screen. If you’re a PC gamer, you can cast your PC games to your TV and play with the Shield TV Gaming controller. 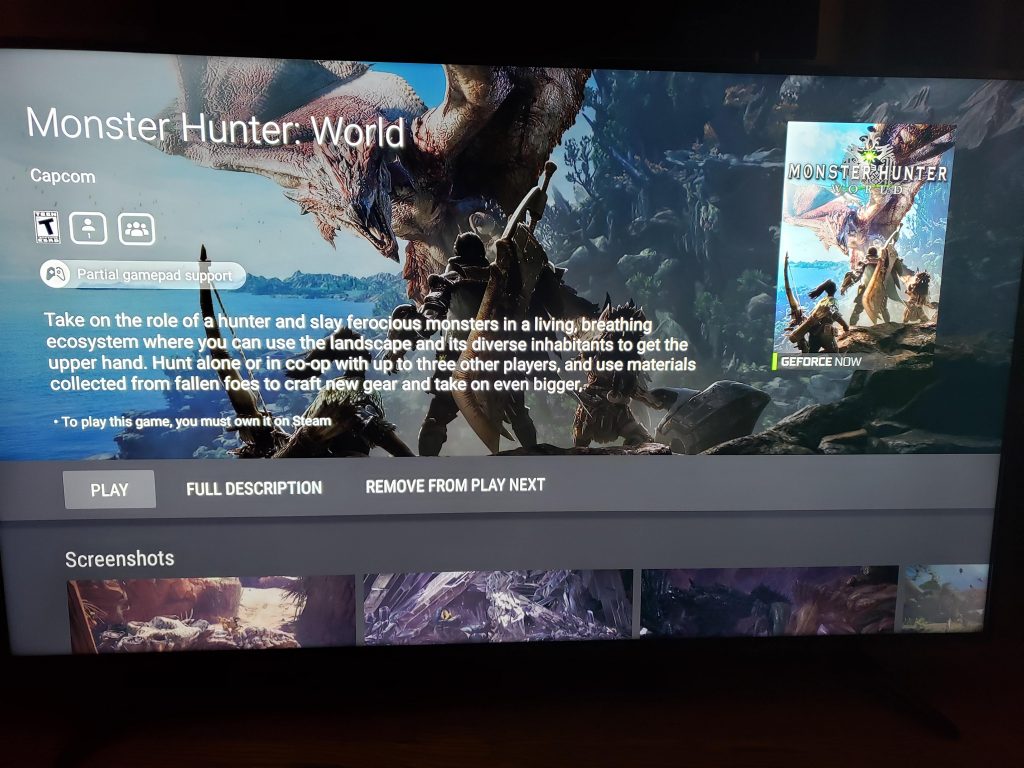 All in all, such a small device can do so much and serve so many needs. Even though the system is three years old, all the apps and features are things I still use today. With all of the updates and capabilities, I’d recommend the NVIDIA Shield without hesitation to everyone. But the people who would benefit from it the most are cord-cutters and casual (mobile) gamers. You have to love the way NVIDIA supports the Shield TV.