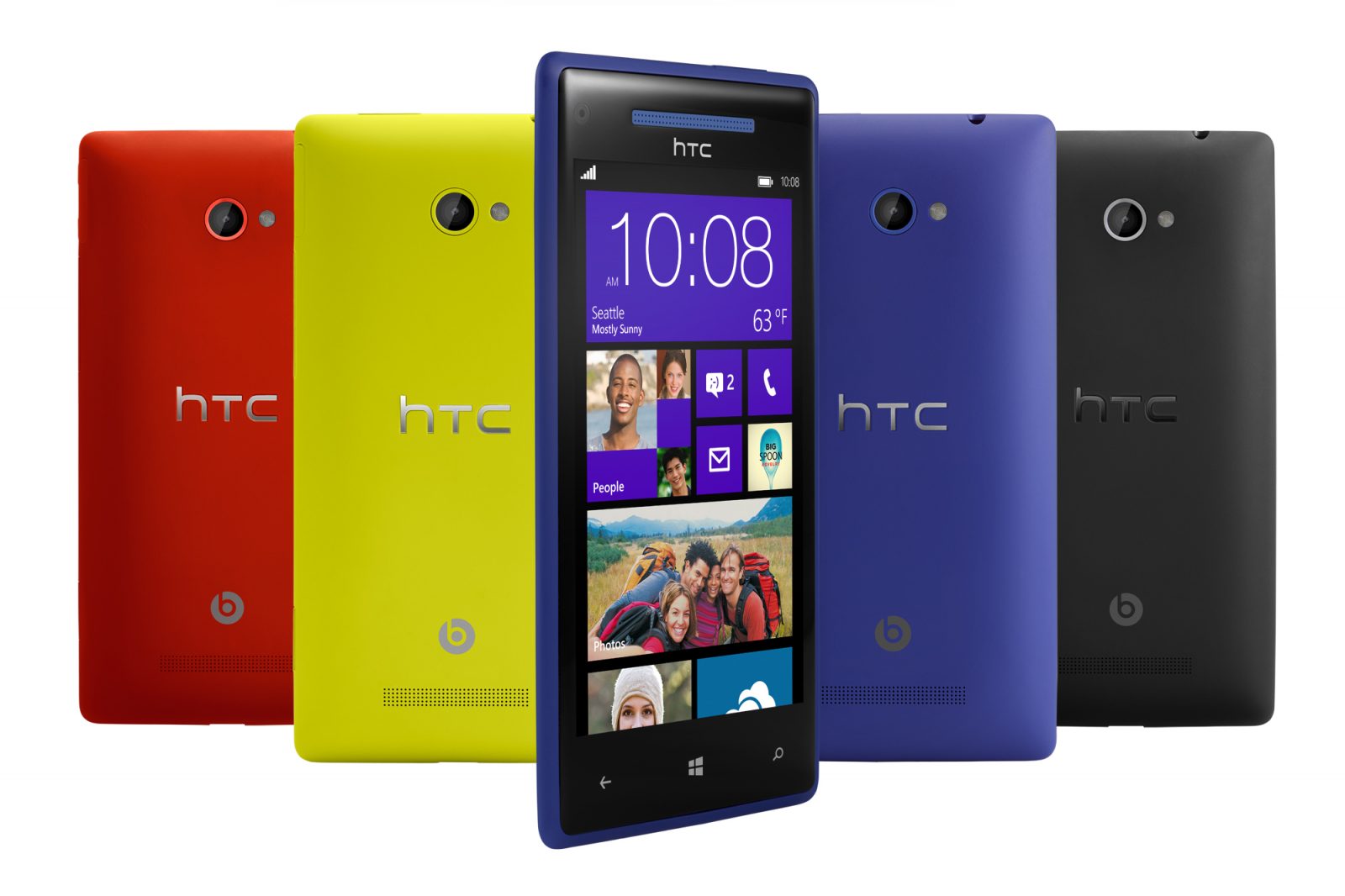 “Pairing HTC’s beautiful new Windows Phone 8X and 8S with our brand is a big milestone for both companies,” said Steve Ballmer, CEO of Microsoft. “Together we are offering customers a clear choice and a truly unique experience. I’m thrilled to take our longstanding partnership to the next level.”

“We’ve been inspired by Windows Phone 8 to create new smartphones that give the platform the iconic design and personality it deserves,” said Peter Chou, CEO of HTC Corporation. “Windows Phone has clearly emerged as one of the top mobile ecosystems and is competitive against any other smartphone platform in the world.”

Because color is such an integral part of the Windows Phone experience, HTC is bringing bold, sophisticated and adventurous colors in a premium matte finish to these devices. The Windows Phone 8X will come in a variety of colors including California Blue, Graphite Black, Flame Red and Limelight Yellow. The Windows Phone 8S by HTC will be available in Domino, Fiesta Red, Atlantic Blue and High-Rise Gray.

For the first time, HTC is introducing a 2.1mp, f/2.0 aperture, 88° ultra-wide angle front-facing camera that allows up to four people and more to be captured at once. It also supports 1080p video capture. The rear camera sports an 8mp CMOS sensor with backside-illumination (BSI) for improved low-light performance, along with an f/2.0 aperture, 28mm lens and a dedicated imaging chip. A physical shutter button makes it quick and easy to capture spontaneous action, even if the phone is locked.

Exclusively available on HTC smartphones, Beats Audio provides authentic, studio-quality sound that delivers the spirit of the original recording. The Windows Phone 8X by HTC featuring Beats Audio also offers a unique audio amplifier powering the 3.5mm audio jack and the speaker, boosting the audio signal for even better sound no matter if you’re listening to music, playing a game or watching a video.

The Windows Phone 8X by HTC features a beautiful, 4.3” HD-resolution super LCD 2 screen protected from everyday bumps and scrapes by lightweight Gorilla Glass 2, while optical lamination reduces reflections and glare, ensuring you see every detail. The Windows Phone 8S by HTC boasts a bright super LCD 4” screen with Gorilla Glass, allowing users to see the Windows Phone Live Tiles, and every message and photo, with crystal clarity and sparkling color.

The Windows Phone 8X and 8S by HTC will be available beginning in November. Available through more than 150 carriers in 50+ countries, the Windows Phone 8X or 8S by HTC will be available from the world’s top carriers including: United States: AT&T, T-Mobile and Verizon Wireless. Europe: Orange, O2 Telefonica, MTS, Three UK, T-Mobile, and Vodafone Asia-Pacific.

The phones look amazing, I’m not really into Window phone, but I might try the red one.