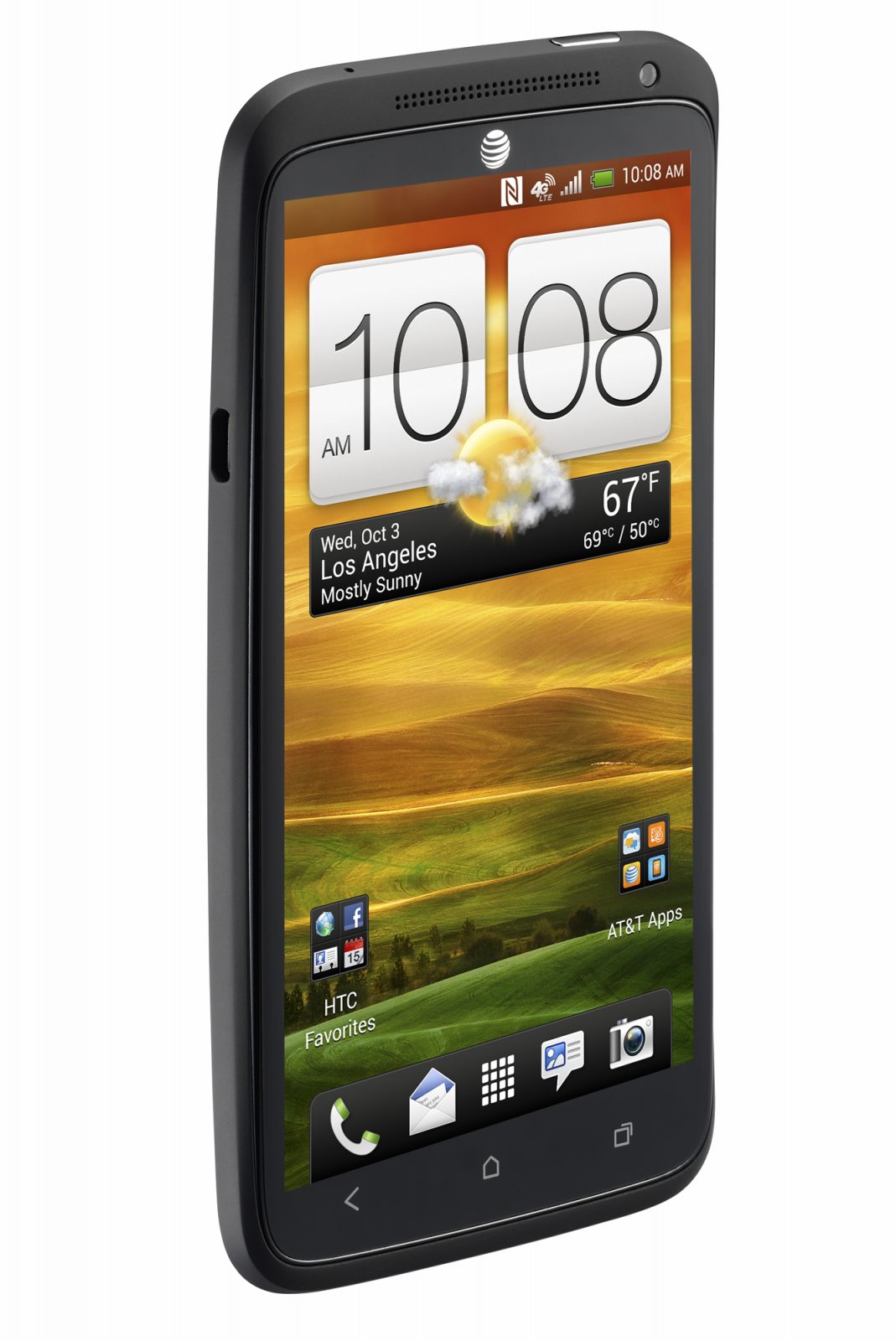 HTC is on fire and with good reason, AT&T announced today that its growing 4G LTE smartphone portfolio will soon welcome three new devices from HTC — the HTC One X+, HTC One VX and the Windows Phone 8X by HTC.

Powered by the nation’s largest 4G network, all three HTC devices can access the AT&T 4G LTE network and are equipped with enhanced audio and video features, making it easier—and faster – for customers to stay connected and entertained while on the go.

The HTC One X+ will be one of the first AT&T smartphones to combine Android 4.1 (Jelly Bean) and a quad-core processor. It will also be the first smartphone in the U.S. to feature HTC Sense 4+. HTC One X+ combines superior performance, longer battery life and more internal storage – at 64 GB – with the iconic design of the original HTC One X, now in an exclusive Carbon Black finish.

A first in the industry, the 1.7 GHz Tegra 3 NVIDIA quad-core processor plus a battery-saving fifth core will give customers a unique “4 + 1” capability to save power using one core for everyday use and kicking into full quad-core mode for demanding apps, like video and gaming.

The HTC One X+ has a 4.7-inch, 720p HD screen and features the Jelly Bean predictive-touch keyboard as well as voice recognition. The device also builds on the impressive 8 megapixel rear-facing HD camera of the HTC One X that can quickly auto-focus and zero in on a subject. Perfect for still shots or video, the HTC One X+ integrates HTC’s ImageChip which reduces noise, removes color bias and enhances the overall picture quality. The 64 GB of internal memory is non-partitioned to store more high quality photos, video, music, movies and apps.

The HTC One VX is ideal for those looking for an affordable Android smartphone and a premium experience. The HTC One VX sports one of the slimmest unibody form factors in the industry at just 9.19 millimeters thin, making it easy to hold and navigate.

The 4.5-inch display is laminated with scratch-resistant Corning Gorilla Glass which aids in durability and reduces light reflection. A 5-megapixel camera, which goes from lock screen to shooting photos in under a second, offers continuous shooting at 4 frames per second. For those that can’t quite decide whether they want to capture the moment in pictures or video, it is possible to capture a still image from a video with VideoPic.

Windows Phone 8X by HTC to Arrive in November

Launching next month, the Windows Phone 8X by HTC will be the first-ever Windows Phone 8 smartphone with built-in Beats Audio technology. Beats Audio By Dre delivers authentic, studio-quality sound and the unique audio amplifier powering the 3.5mm audio jack and speaker boosts the signal for even better sound for music, video and even gaming, so you actually hear the music as it was intended. The 4.3-inch 720p HD display and 8 megapixel rear-facing camera allows you to capture and view great photos and video—even in low light.

“We have a long tradition of offering the best of HTC’s world-class products,” said Jeff Bradley, senior vice president – Devices and Developer Services, AT&T. “A quad-core One X+, the awesome One VX and the exciting Windows Phone 8X by HTC mean that our customers will have the best selection of HTC smartphones this season.”

“The HTC One X has been hailed as the best phone we have ever made, so our best smartphone just got better with the HTC One X+,” said Mike Woodward, president of North America, HTC. “And the family of HTC products at AT&T is expanding to give consumers more choice. Whether they want the latest Android smartphone or the new Windows Phone 8X by HTC, we give consumers an incredible camera, Beats Audio and lust-worthy design in all our devices.”

The HTC One series sets a new standard for imaging with a camera that boasts amazing capabilities with VideoPic, the ability to take still photos and shoot videos at the same time, one-press Continuous Shooting and better quality images in low light environments.

The HTC One X+ improves on the camera capabilities of its predecessor with a series of intelligent features powered by HTC Sense 4+. The new Auto Portrait mode on the front camera helps you capture high quality photos by intuitively detecting the human face at various angles. Sightseeing mode makes sure you’ll always be ready to capture the moment, as only one touch of the power button bypasses the lock screen and launches directly into camera mode. And two new ways to view photos and videos in the gallery allow you to display albums according to when or where they were taken.

HTC has the only smartphones, including the HTC One X+, HTC One X and HTC One VX, that include Beats AudioTM which provides authentic, studio-quality sound that delivers the spirit of the original recording, from crisper vocals and deeper bass to more immersive gaming effects and video. The HTC One X+ also makes it easier to listen to music out loud, and through Sense 4+, introduces a new Tap and Go function, which allows you to connect the phone and your music to Beats speakers’ when you tap them together. To disconnect, it is just another quick tap on the speaker again.

AT&T customers can find the Windows Phone 8X by HTC in AT&T retail stores and online in November. The HTC One X+ and HTC One VX will be available in the coming months. More information about AT&T’s smartphone lineup is available http://www.att.com/wireless.

The last HTC phone I have was the Evo 3D, I wasn’t too happy with it, but HTC’s new line-up might make me change my mind and give one of these HTC phones a try.