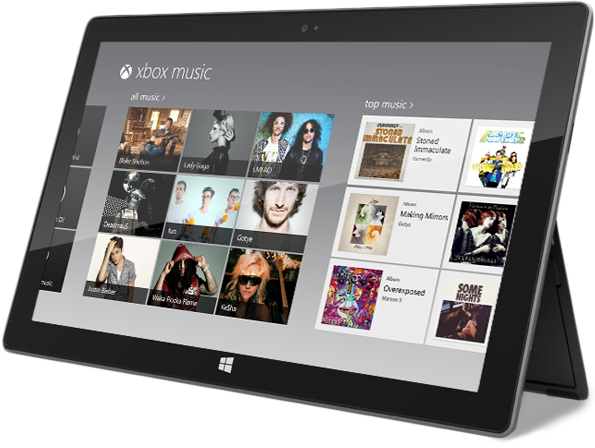 Are you ready for yet another music streaming service? Xbox Music is coming to 360 consoles today. Xbox is offering a different take on streaming music.

What is Xbox Music Service?

Similar to spotify; Xbox Music is an online radio service. Of course it comes with added features when you pay up a little. Zune Passes are no more, they are now called Xbox Music Passes. You need an Xbox Live membership, and a monthly fee of $9.99 or an annual fee of $99.90 to have access to Xbox music’s 30 million song database (18 million in the United States). If you’re unsure if you want to go through with it; you can try out the service for 30 days.

Xbox Music offers many similar features to Spotify. You can create playlists based on a song and/or genre. You can also download the playlists and listen to them offline. (A must for me since I’m always underground)

Using the Metro UI Xbox promises for easy navigation and organizing of music. I used a Zune and a Windows 7 phone for a while. If the UI is similar; then it will be easy and smooth to control your music. According to Microsoft; Xbox Music has so many songs that you can listen to 80 years of music and never listen to the same song twice. That is just amazing when you think of it like that. Another feature that Xbox Music offers is Smart DJ. With the help of Smart DJ; you can discover music easily. It will help you branch out from the content you already own. Smart radio stations are based on a song or genre you listened to. With your Microsoft login information being your Xbox Pass identity; you will be able to stream music across multiple devices. So the content from your Xbox Music Pass goes across PC’s, tablets and your Xbox 360. A good thing is if you’re listening to music on your 360 and are leaving the house; you can pause it on your 360 and continue playing it on your Windows 8 tablet or Windows 8 phone.

I remember a time where I wouldn’t think of paying for a music streaming service. I think it will catch on just like Netflix and Hulu+ did for movies and TV. Xbox Music will be released on Xbox 360 consoles today and heading to Windows 8 tablets and PCs on October 26th. I will definitely be giving this service a try on my xbox. Do you think it will give Spotify competition? I must admit the idea of streaming through your Windows 8 devices is a nice touch. Other than that how can they differentiate their service from Spotify?