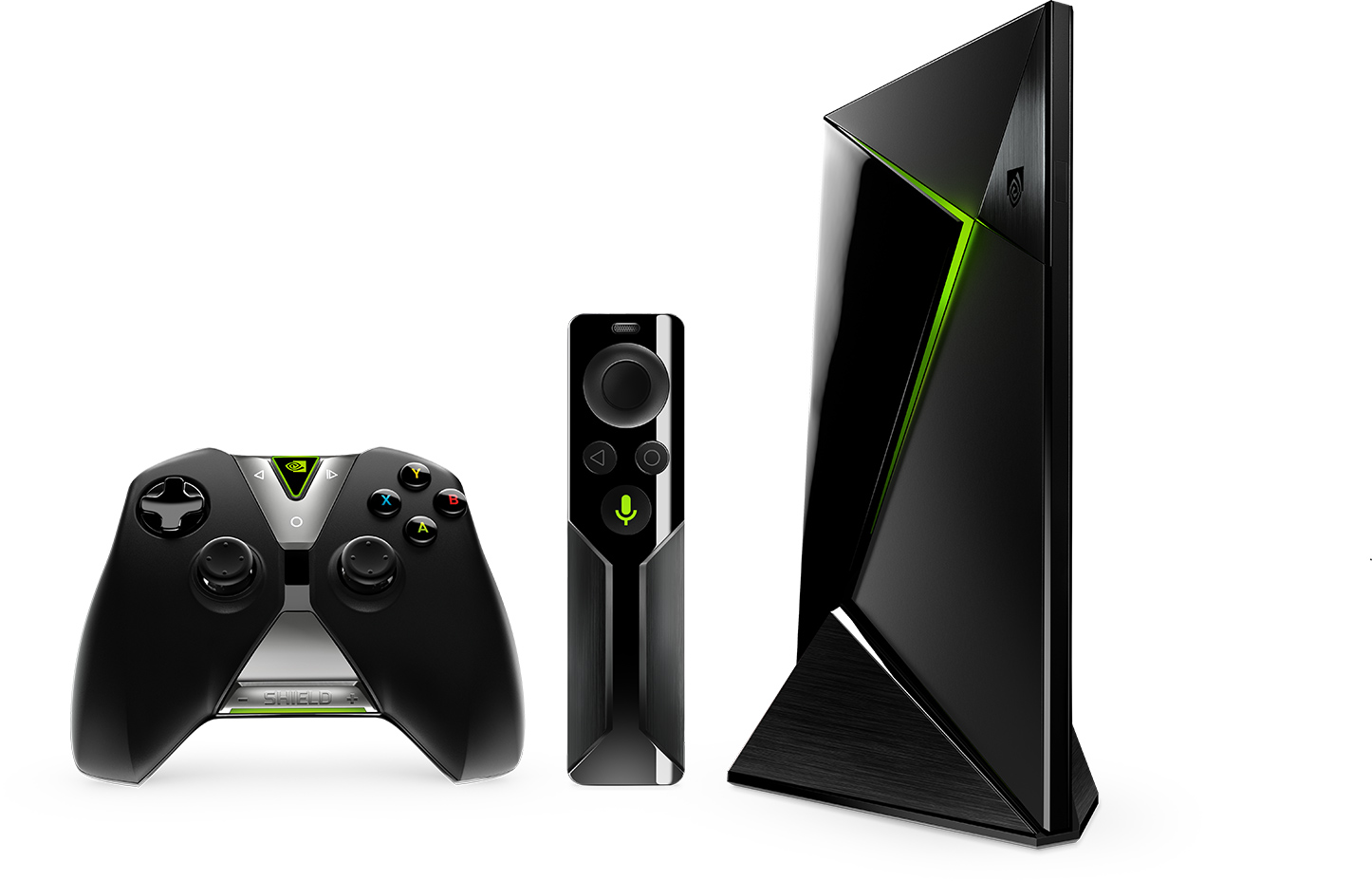 When it comes to Android TV, consumers have a handful of options to choose from; Roku 3, Chromecast, and Amazon Fire TV. Even with all these companies trying to compete against each other, a newcomer has joined the party. Nvidia is better known for their impressive graphic cards and their state-of-the-art technology such as GeForce Experience and G-Sync, which is now being installed in gaming monitors and laptops. The company also released their newest product; Shield.

Nvidia gave gamers a whole new way to play, with the Shield Portable and Shield Tablet, but the company wanted to tap into the Android TV market, which is why they released the Nvidia Shield Android TV. Now, I’m very familiar with the shield family since I own the portable and the tablet, but I was on the fence when I heard about the Android TV. For one, I don’t watch much TV, I get bored quick and tend find something else to do, so I was curious to see if the Shield TV had anything to offer that would keep me intrigued. So I took the Shield TV for a spin to see if Nvidia can pull this off and have the total entertainment package or will it just be another Android TV that collects dust. 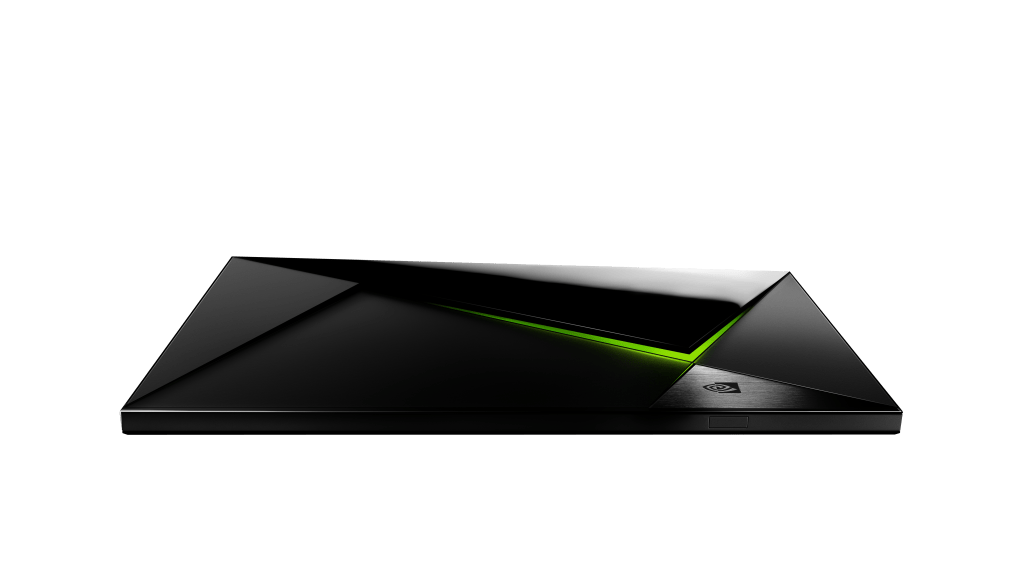 Now when you think of a streaming device, most people think of a small thick box, and with most of the streaming set-ups looking alike, you really can’t tell the difference. The Nvidia Shield stands out with its interesting slick design. When you first look at the Shield console, you will notice criss crossing lines, and the top of the system you will see a design that looks something like an envelope, on the left is the Nvidia symbol, touch the symbol and you will see a green light appear, letting you know your system is on. The Shield has a unique stand, and is a good size so you won’t have to worry about the stand, or the system taking up space. On the side of the device you find a handful of ports; Gigabit Ethernet, HDMI 2.0, Two USB 3.0 (Type A) ports, micro USB 2.0 and a microSD slot. You will need the microSD slots, especially if you are looking into downloading games. 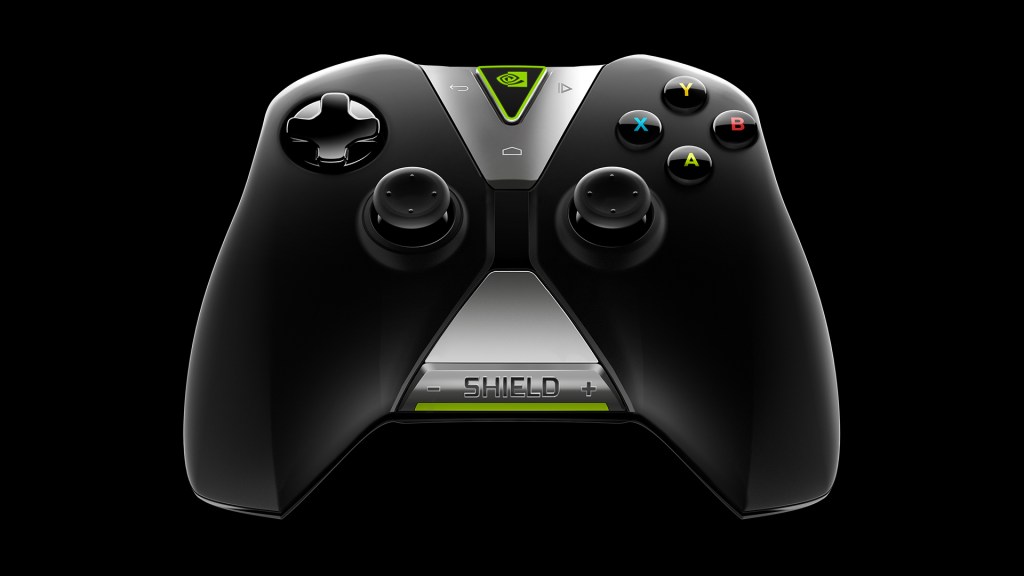 The Shield comes with a single controller. The controller has two control sticks, four buttons (A, B, X, Y), it reminds you of the Xbox One controller by the way the buttons are set-up. You also have two sets of shoulder buttons, with a D-pad on the controller as well. If you look at the top of the controller, you will see a 3.5mm jack port which allows you to use headphones. This is perfect for those of you that want to stay up late and not interrupt anyone in the house. The controller has the Nvidia logo on the top, tap it and it will turn on the system.
If you are not playing any games, and don’t feel like using the controller, you don’t have to, you can use the Shield remote. The remote is small and slim, and can be used anywhere in the room, this means you don’t have to point it at the system to work. Finding the newest movie to watch, or latest game to play has become extremely easy, thanks to the mic on top of the remote that allows to speak into it and say what you’re looking for. I was looking for the Shield Hub app, so I talked into to the mic, and said “Nvidia Hub” and within seconds the app popped up on my screen. On the bottom of the remote you will find a 3.5mm jack port, you can also use headphones on the remote. Bothe the controller and remote can be charged by USB.

Now let’s get to the more important stuff, Hardware. The Shield packs some serious power. Here’s what you will find under the hood: a Tegra X1 processor with 256-core Maxwell GPU, 3GB of RAM and, 16GB of internal storage which can always be upgraded through the microSD. If you’re looking for a fast system, look no further. With the Shield having a Tegra X1 processor, you are know that the system is going to be a beast right out the box.
The faster processor allows for you to have nice crisps looking games, and movies, through Ultra HD, scrolling through the menus without any hesitation and streaming movies and games without having to worry about horrible B word, Buffering. Now remember, with any console system you have to make sure you have a strong internet connection. 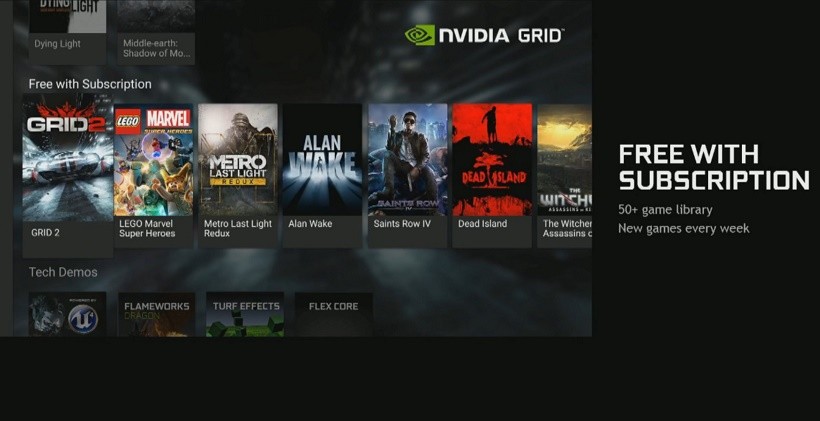 This has to be one of my favorite features when it come to the Shield. Nvidia’s Grid is a cloud based system, it’s basically a Netflix for gamers. Grid allows you to have a very extensive gaming library at your fingertips. Games such as: Dead Island: Riptide, Batman: Arkham City, Ultra Street Fighter IV and many more. New games are added to the library every week, and although the service is free for now, there will be a fee coming in the near feature.
While playing Batman: Arkham City I was impressed. While performing combos during a fight scene I didn’t experience any lag. Usually the more enemies that come on the screen, you will start to see the gameplay slow down-then speed up, I didn’t experience any of this, which is surprising. I also played Street Fighter IV-still no lag.

Through the Grid you can stream games from your very own PC, BUT you must have the Nvidia GeForce Experience downloaded to your PC. Optimize your games, the games that appear are the ones you can stream over and play on the Shield Android TV. First, you must check the system requirements at GeForce to see if you will be able to stream your PC games. 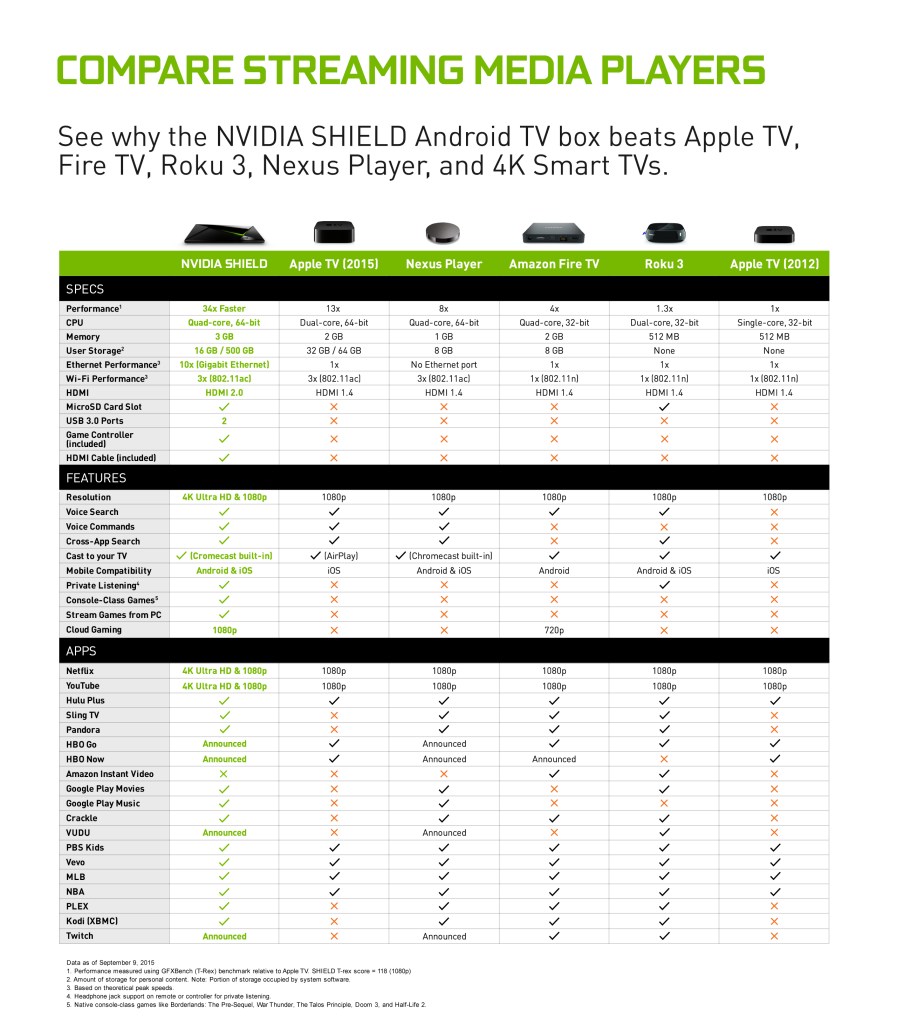 I can’t say enough about how beautiful 4K makes everything look. As YouTube is already available on the Shield, I decided to watch some clips, and couldn’t believe that this small console could deliver such an amazing picture. Watching Netflix’s using the 4K Ultra HD (UHD) has made me spoiled, now mind you-for those of you who know me, I don’t watch much T.V., but I have been now. Again, in order for everything to run smoothly, it will depend on your Internet connection speed.
You find some of your favorite apps on the system, such as YouTube, Netflix, Hulu and Sling to name a few. After watching a few shows, the interface updates and shows me what they recommend for me after the shows, or movies I’ve watched. Now Netflix’s 4K only works with TVs that are HDCP 2.2-compliant.

You can download games from Google Play, or from the Shield Hub both have the most popular Android games available. Just like movies and shows,Google will recommend another game for you depending on the games you have already played. Here are some of the games you can play via Google the Talos Principle, Hotline: Miami, Luftrausers, Doom 3: BFG and Game of Thrones HD. Now all your favorite Android games can be played on the big screen.
Now we know that there are a couple of Android TV deceives out, and each one of them say they are the best to have, but if take at the graph above – you can see for yourself where the Nividia Shield Android TV stands against its competition. 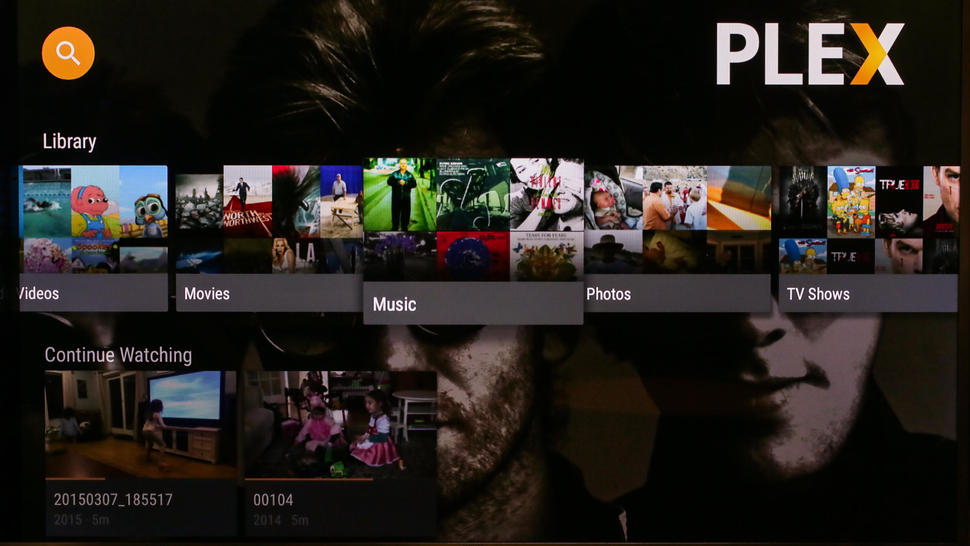 The Nvidia Shield Android TV offers your more than just movies and TV shows, you get an all-around entertainment system. Not only can you watch some of your favorite shows and movies in 4K Ultra HD Ultra (UHD), but you can also play some the most blockbuster games, stream games from your PC and play your favorite Android games all on one device backed with the power of a Tegra X1 processor. One minute I could watching a show, and the next I’m swiping through the Nvidia Grid to find a game to play, just to go back and watch something different. I was able to switch between the two with no hesitation.
When people see the word, Nvidia, they know that they are going to get a fast, stronger and amazing product. The company is always looking for a way to make their products better for their consumers. First it was with the Nvidia Shield Portable, which allowed you to take Grid games on the go, providing where you were had a strong Wi-Fi connection. Then you had the Nvidia Shield Tablet, the first tablet dedicated to gaming. And now we have the Nvidia Shield Android TV that brings you the whole package in a slick / sexy machine. It’s been a long time since I had the urge to run home and turn on a system. I haven’t used my cable box as much since receiving the Shield. The Nvidia Shield Android TV is a great investment and a great replacement for your cable box.
Price: $199.99