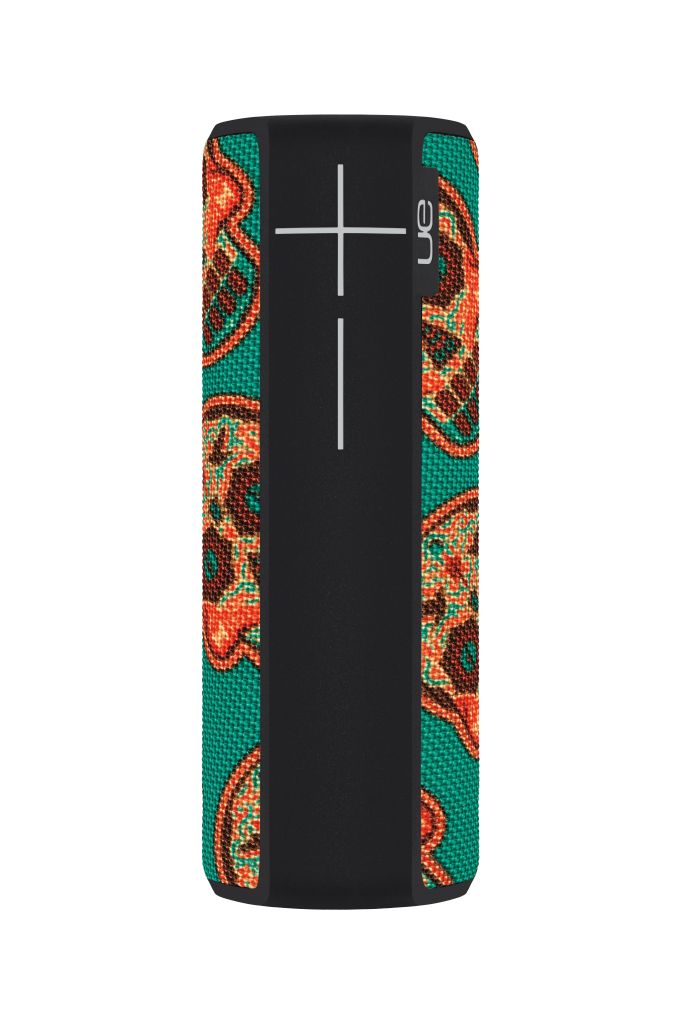 Day of the Dead (also known as Dia De los Muertos) is coming. If this is an important day for you, Ultimate Ears has a great device to help your decor. There’s a limited edition UE Boom 2 designed by artist Ernesto Yerena Montejano, Ultimate Ears’ newest limited edition UE BOOM 2 features Ernesto’s translations of Oaxacan sugar skulls, traditionally made as offers on Dia De Los Muertos, and pays homage to his roots to the Yaqui nation of Sonara, Mexico. This will be known as the as the Yaqui Day of the Dead UE Boom 2

The UE Boom 2 is a wireless bluetooth speaker from Ultimate Ears. It’s waterproof (IPX7 standard) and small enough to take places. More rugged than the original UE Boom, the Boom 2 can take a little more of a beating. It’s available in many different color combinations. It’s a small speaker with big sound, or should I say room-filling sound. You can read more about the artist below (text from Ultimate Ears). You can get the limited edition Yaqui Day of the Dead UE Boom 2 starting October 11th at ultimateears.com.

Ernesto Yerena Montejano was born in El Centro, CA, a mid- sized farming town bordering Mexicali, BC, MX. Fueled by his cross-national upbringing, his art practice reflects his observations of the views and interactions between the Mexican communities living on both sides of the U.S.-Mexico border. The artist shares narratives of his conflicts of identity that he feels are kindred to what many Chicanos of these communities experience. 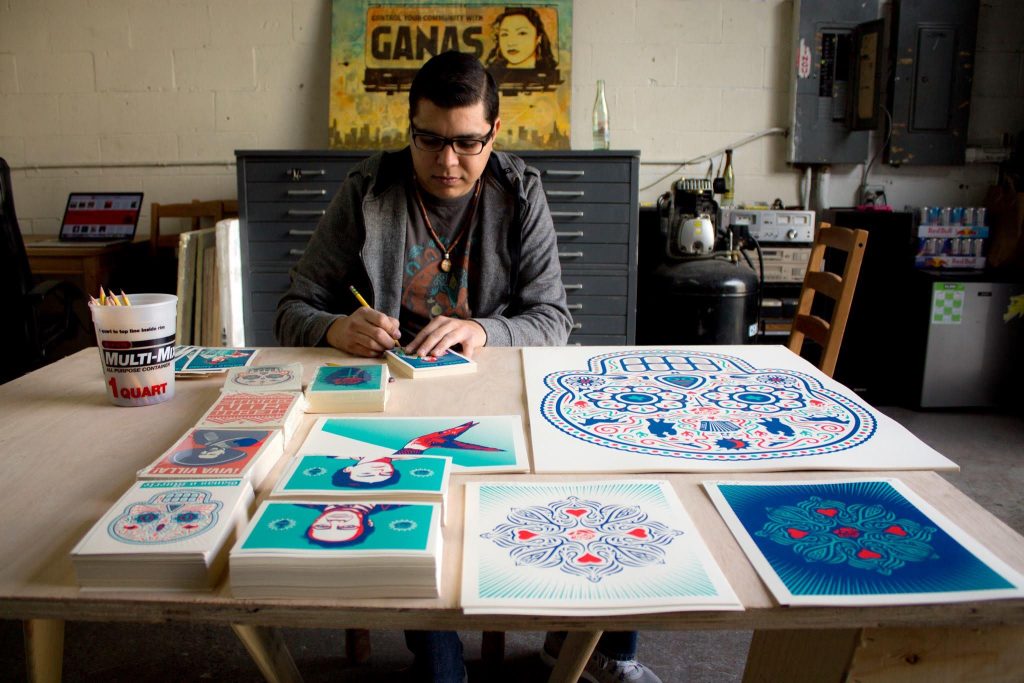 Although Yerena identifies as Chicano he also strongly identifies as Native/Indigenous to this continent which is often seen in his work. His work depicts his frustrations with the oppression in his community as well as creating work in solidarity with the community in the defense of dignity and rights. Through his brazen imagery, the artist brings political concerns to light with subject matter that depicts cultural icons, rebels and everyday people voicing their stance against oppression.

In 2008 Yerena created the Hecho Con Ganas publishing project in which he produces politically and socially conscience images that are produced in limited edition silkscreen prints.  Highly recognized for his activism, Yerena is the founder and curator of the Alto Arizona Art campaign (2010) as well as a founding member of the We Are Human campaign (2009).  Yerena has collaborated on many thought provoking projects which include artists Zack de la Rocha, Shepard Fairey, Manu Chao, Ana Tijoux, Chuck D to name a few.