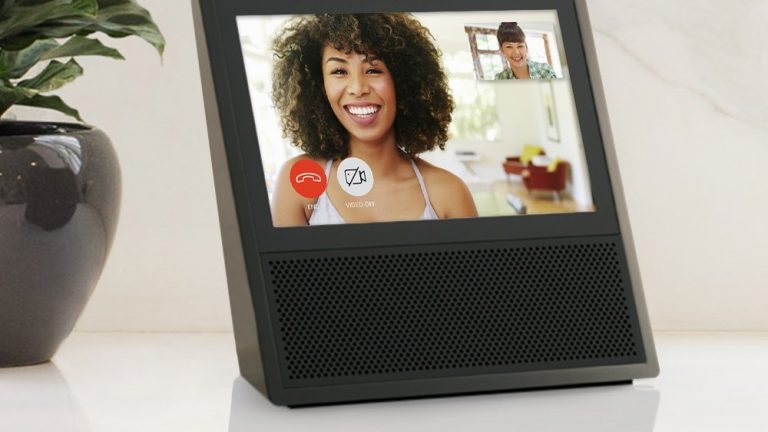 Facebook Twitter Pinterest Email
The Amazon Echo Show brings you the Alexa Assistant with a screen. What can you do with the screen and how useful is it? Check out my experience. 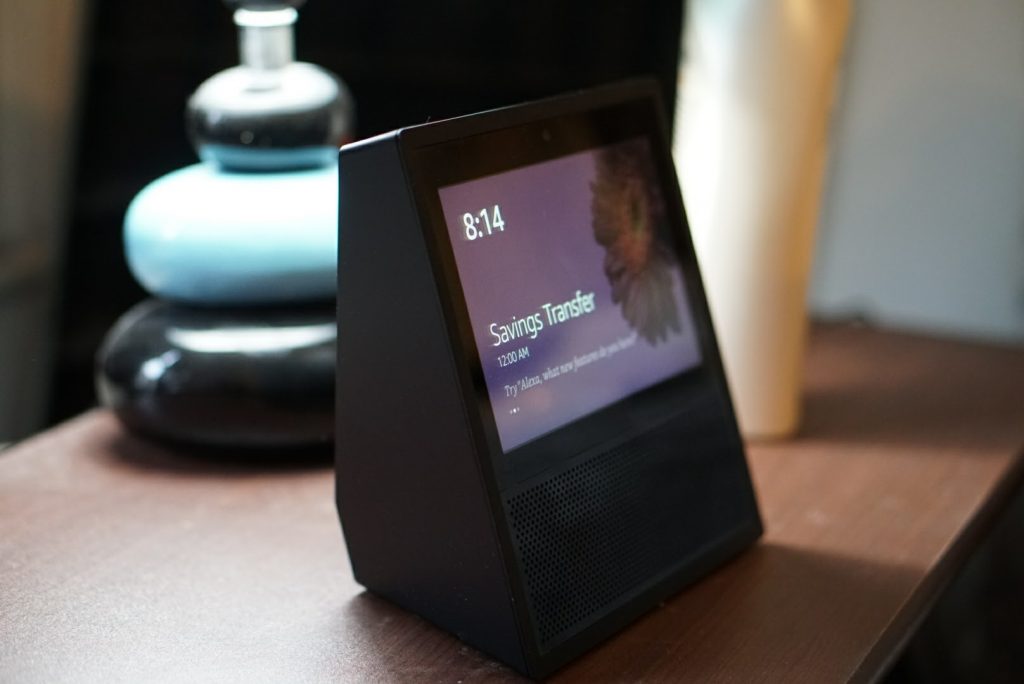 ‘m sure you have heard of smart assistants. In the last few months many speakers with smart assistants have been released, AKA Smart Speakers. The Amazon Echo has been a pioneer in this category with the Amazon Echo, which some of you know better as Amazon Alexa. Since the release of the Echo, Amazon has expanded to add more smart speakers to the collection. There’s the Echo Dot, which is a hockey puck version of the Echo, and the Echo Show, which is the Echo with a screen. I had the chance to spend a few weeks with the Echo Show. 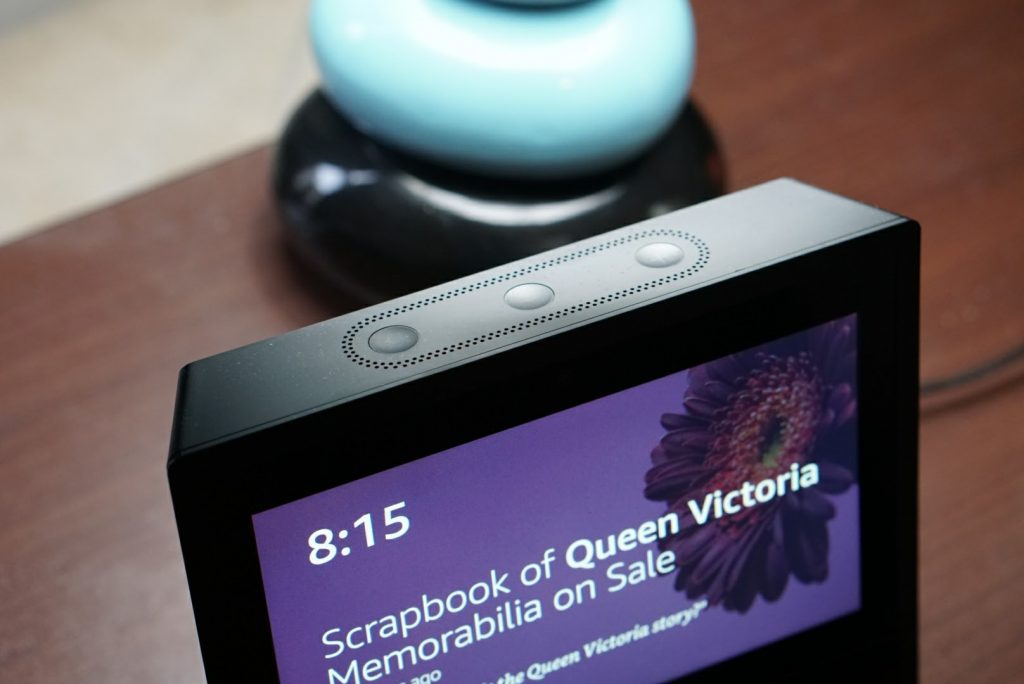 The Amazon Echo Show is a smart speaker with a 7 inch screen. As expected, the Echo Show has the Amazon smart assistant, Alexa. It also has a 5 megapixel camera right above the screen. The Echo Show doesn’t slack on speakers. It has two 2-inch speakers , powered by Dolby. On the top border of the Echo Show, you have the mute, volume down, and volume up buttons. These buttons are surrounded by 8 microphones to hear your commands from anywhere in the room. The design is just weird. But it makes sense for the two speakers on the bottom.

The setup is pretty easy. As with other Echo products, you have to connect to your wifi and to your Amazon account. Of course you have to have the Amazon Echo app to enable skills and log-in to the accounts.

For me, I wasn’t using the screen daily but it is nice to have. Mostly for things like full weather forecasts and recipes. If you want to see what your shopping list and to-do list (it does help sometimes), it’s a good use for that as well. I am working on Alexa routines with some new smarthome things. I will update as I go along. Since the holidays are coming up, I figured there are a few ways to use the Echo Show to help prepare. 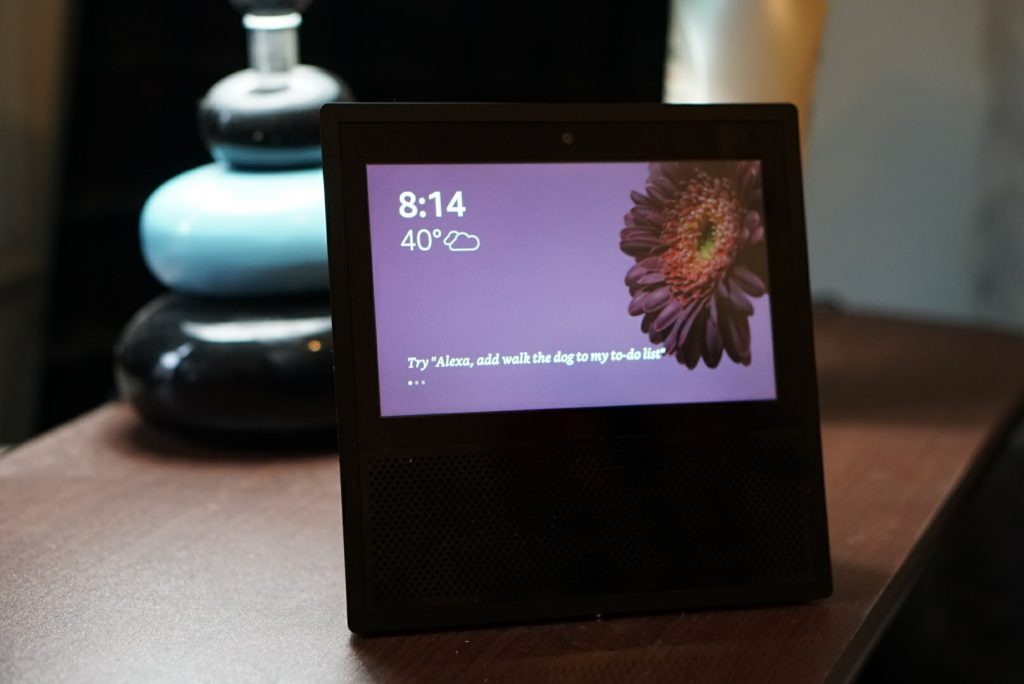 Shopping can get really hectic around the holidays. Using the Echo Show to create lists and add to them as needed is helpful. If you have Amazon Prime, you can also get deals with Alexa. I got a few last year with the regular Echo,now with the screen my shopping may go overboard. Maybe not a good idea for me, after all.

I created a Google Voice account just so I can use with Alexa. While I don’t use it that often yet, because I am not home. I have used it to call my phone and do some real hands-free talking. You can have it call someone saved to your contact’s list by saying “Hey Alexa, Call Joanna” or by asking it to dial a number by saying “OK Alexa, dial 212-555-5555“.  I’m still more of a texter, but it’s cool to have a sort-of “home phone again”. 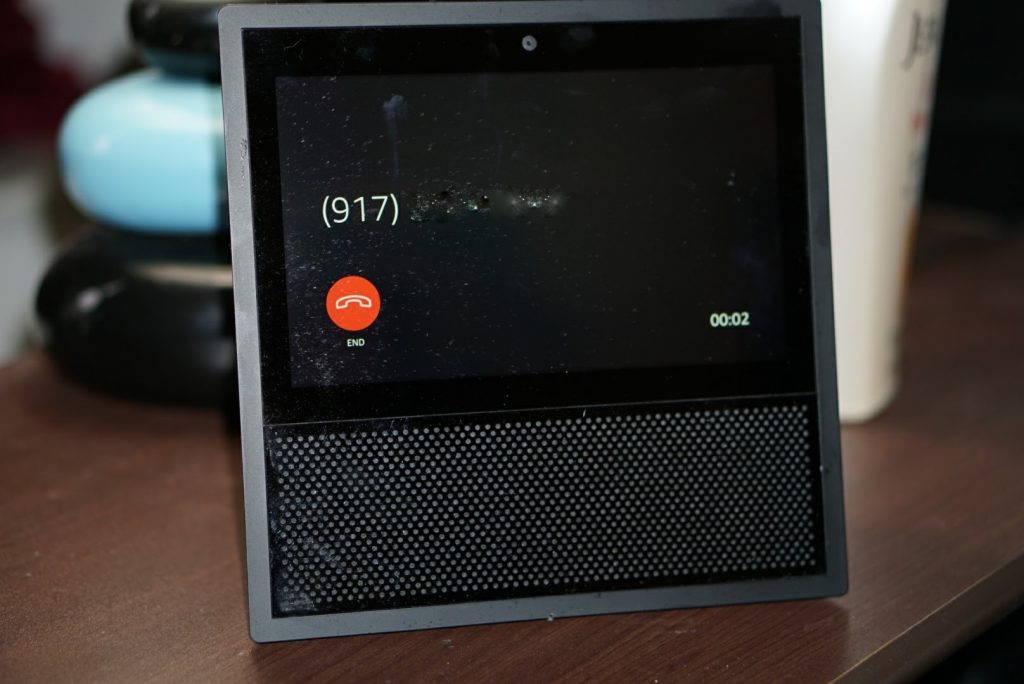 I don’t make much use of the camera, not because I don’t want to because others don’t use it enough yet. They prefer other sources for video calling.

Even though the Echo Show has a touch screen, Amazon really prefers you ask Alexa to show you things. For example “Alexa, show me the recipe for chicken parmesan”. You can also ask it to show you lyrics to a song. 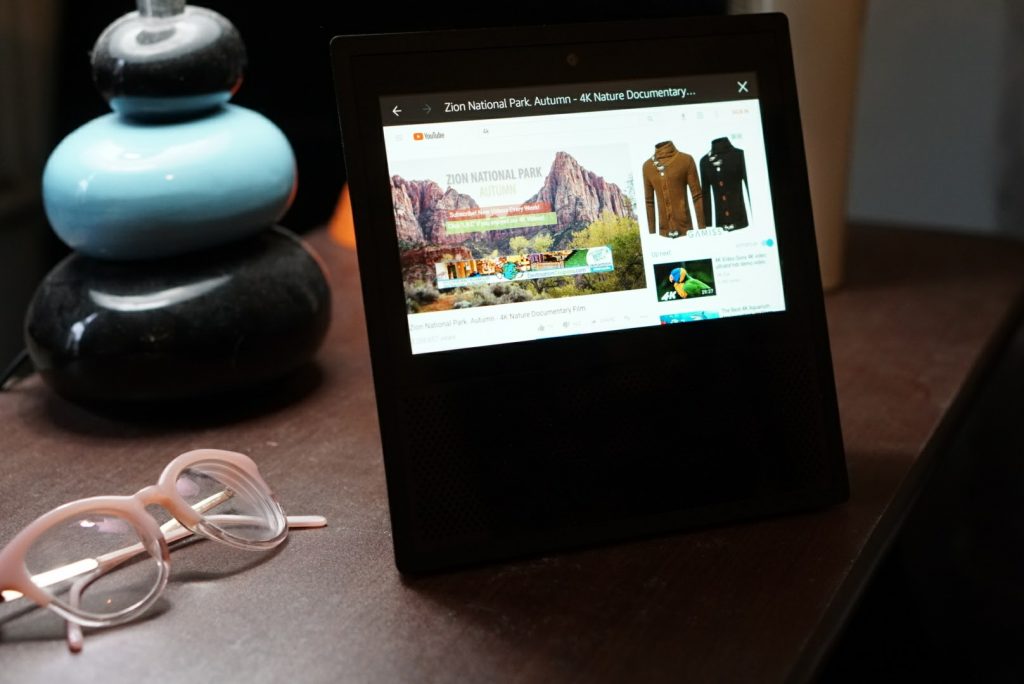 I have to admit that I have gotten used to smart assistants and I enjoy the comfort of just speaking and I recommend the Echo Show to those more into the smart home. If you have multiple cameras, it makes sense. Also, if you do more than just listen to podcasts and music, you will enjoy the Echo Show. Since the price point is not too much higher than original Echo Show, I would suggest making the leap at having the screen and camera. Learn more HERE.