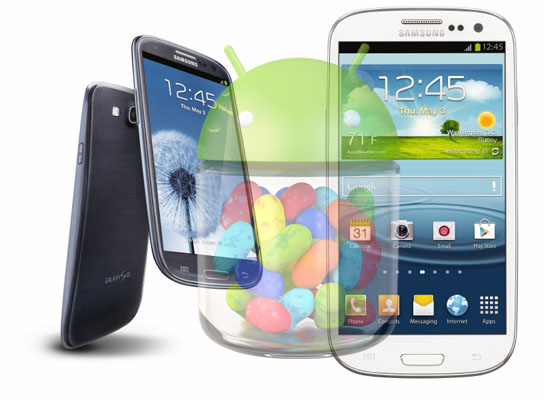 Samsung Galaxy S III users on Sprint rejoice! Like the rumors stated; Sprint will begin rolling out the updates for Android Jelly Bean 4.1 today. The over the air update will come automatically when available. Samsung S III users will be able to enjoy many features such as Google Now, Android Beam, More Efficient Widget Use. Along with the Jelly Bean update; Samsung enhanced camera capabilities and Pop Up Play Interaction. Read the release below for more details!

The update is available as an over the air update. When your Galaxy S III is eligible for the update, it will automatically download. Once the download is complete, you will be prompted to install the update. Installation will take a few minutes, and your device will be disabled during the installation process. It will be ready to use when the process is complete.

Jelly Bean offers users a smoother, faster and more fluid experience with expanded feature functionality, including:
• Google Now™ gets you just the right information at just the right time, like how much traffic to expect before you leave for work or when the next train will arrive as you’re standing on the platform. Google Now can be launched by pressing and holding the menu key from the home screen.
• Expandable, actionable notifications allowing you to take action directly from the notifications shade.
• Android Beam™ now lets you send photos and more.
• Widgets work like magic as you place widgets on the screen, everything else automatically moves to make room; when they’re too big, widgets resize on their own.

What feature updates caught your eye? How will you use Galaxy S III with Jelly Bean?