Samsung Extends Invitation To Unpacked Event – Are You Going? 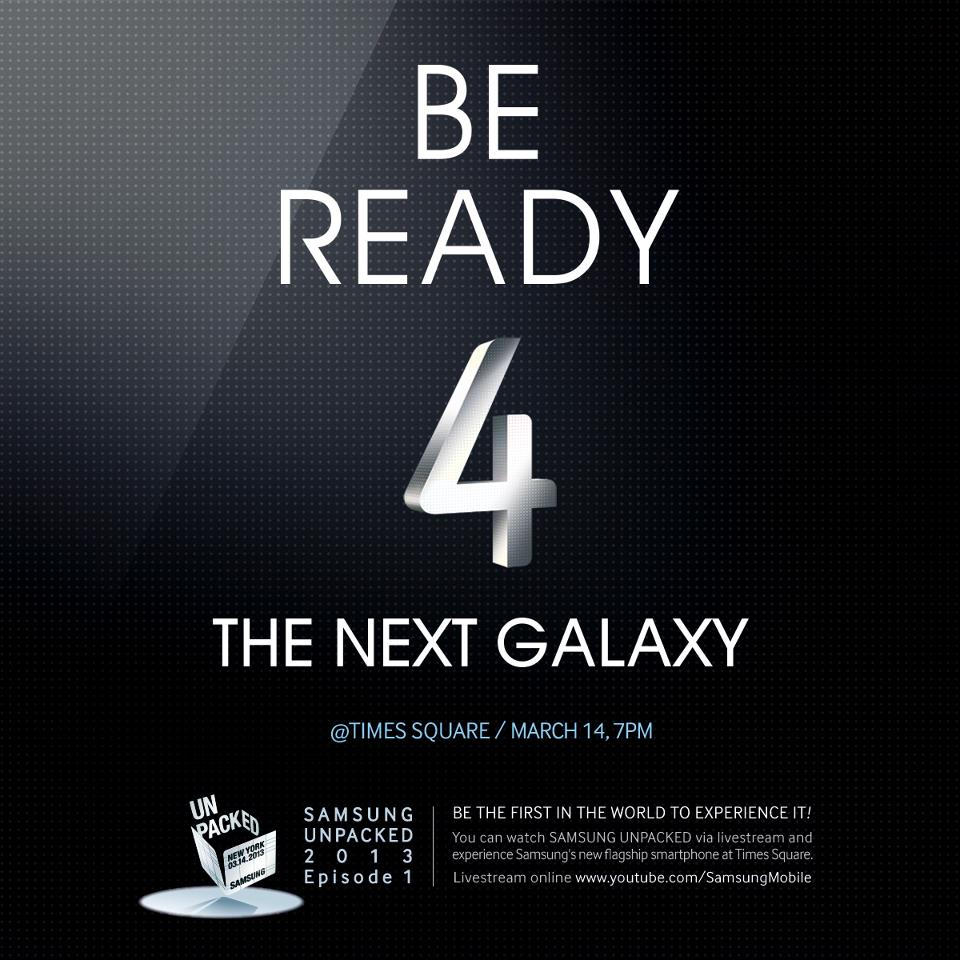 As you may have heard already, Samsung is holding a major event AKA Samsung Unpacked  to announce their new Galaxy device. With much speculation before it, Samsung pretty much confirmed most of the rumors of the Samsung Galaxy S4 by saying “Be Ready4 the next Galaxy“.

When releasing the Samsung Galaxy S III nearly a year ago, it wasn’t a public announcement. I guess with the popularity of the device, they want to include the public in this year’s release. Not only can you see the stream of Samsung Unpacked on YouTube at www.youtube.com/SamsungMobile; but they have extended the invite to New York’s Times Square.

The invitation says you will be the first to experience Samsung’s new flagship phone at the landmark location.

Samsung has taken a big interest in listening to customers, wants, complaints and needs. With active social media accounts on Facebook and Twitter; they had a rapid increase of “likes” and “followers”. Some lucky fans were invited to Samsung’s Galaxy Note II launch last year. Continuing fan engagement seems to be the theme as this is just “Episode 1” of Unpacked 2013.

Don’t forget that Tech We Like will be there to cover the event. You can keep updated by following the site on Twitter www.twitter.com/techwelike (@techwelike) and liking the Facebook page www.facebook.com/TechWeLike

Will you be watching from Times Square or YouTube?