LG G Pad 8.3 Tablet is Now Available in the US 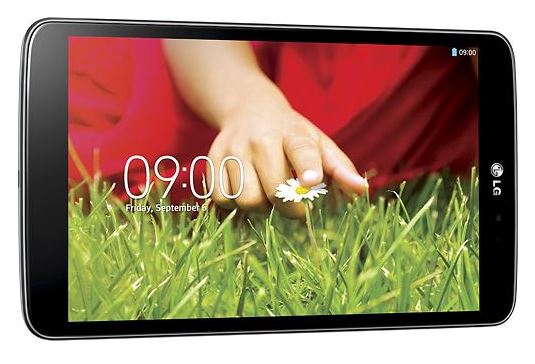 The LG G Pad is finally here in the US. It was first announced overseas last month. There were no official specs, but we’ve got them today. Check out the specs of the LG G Pad 8.3 Tablet You can order the LG G Pad 8.3 on BestBuy.com today for $350. But you will have to wailt till November 3rd, if you’d like to get some hands-on time before purchasing. If it’s as sleek as the LG G2 smartphone, I am sold. The device is pretty thin and slick. You can get the tablet in black or white.

LG G Pad 8.3 offers easy-to-sync connectivity across all your Android mobile devices, including the new LG G2, with QPair*. When enabled with LG G Pad 8.3, QPair affords users a seamless extension to their Android smartphones by providing simultaneous access to recently opened apps, incoming calls, text messages and more. LG G Pad 8.3 users can even reply to texts and use LG features like QuickMemo to capture and comment on images, making mobile sharing effortless between LG G Pad 8.3 and other Android devices.

So now the question is, would you buy this tablet over the iPad mini? Or if you’re a fan of Windows 8, you can get the Lenovo Miix2 tablet that was announced recently.
Which tablet presents the better balance and bang for your buck?