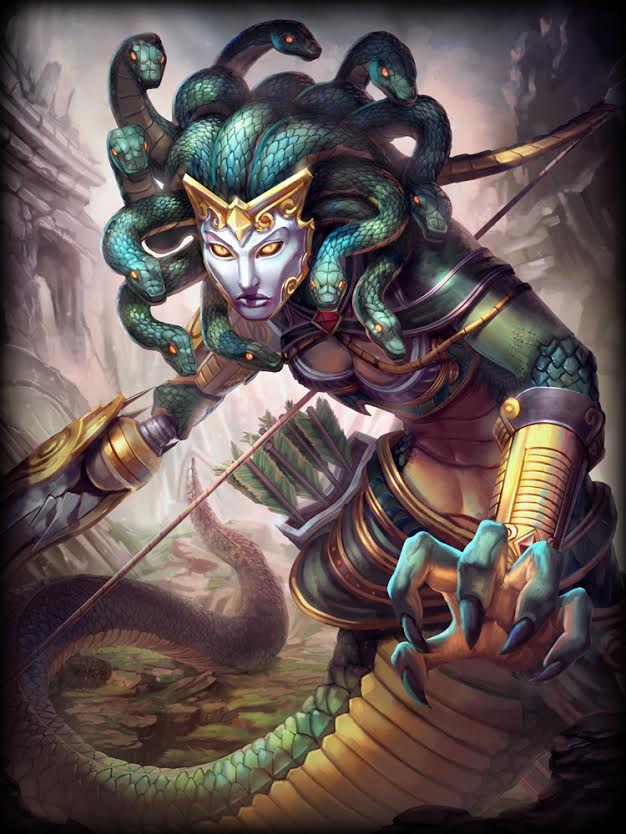 Today Hi-Rez Studios today showed off a new terror into the arena with their release of the “Written in Stone” patch for SMITE. In this major update fans should be happy to know that there will be a playable God. Medusa, will fit the Hunter class, fans have gotten to see some of her aggressive game play.

While handling similarly to other Hunters, Medusa pulls away from the pack with her aggressive play style, strong lane control and high burst damage. Although she lacks the same mobility and escape tools of her rivals, three quick damage abilities, including a formidable gap-closer, allow Medusa to strike fast as a ranged assassin.

“Written in Stone” also adds a host of new ways for players to personalize their Gods in battle. It introduces the new Medusa Black Gorgon, Thor Wrath of Valhalla, Vulcan Warforged and Vamana Cangaceiro God skins. New voice packs for Medusa and Vamana Cangaceiro are available as well, in addition to an assortment of new ward skins and player icons.”

Moreover, as part of a gradual overhaul of SMITE’s Clan system, “Written in Stone” allows players to start earning Honor for themselves and their clans by winning games and completing Clan Quests. Clans gain levels by earning Honor, increasing the number of members that can join and unlocking special rewards and achievements in later patches. The update also contains a number of general fixes and balance changes.
Written in Stone is now live for Smite on PC.