The Apps Every Rugby Lover Needs 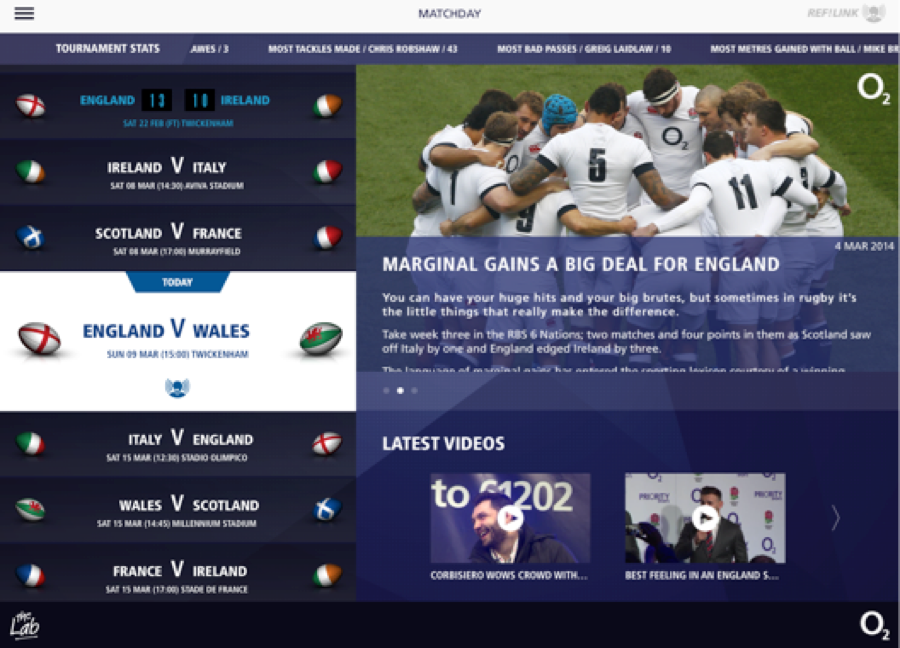 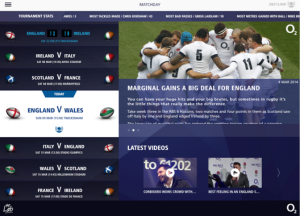 With the World Cup final just around the corner Rugby Union fever is at its peak. If you’re an ardent fan of the game and need to follow all the action, or if your viewing experience of the event over the past few weeks has really got you in the mood to indulge a bit of virtual-based gaming on your smartphone or tablet, then you’ll most definitely benefit from downloading some or all of the titles from our list below!

O2 MATCHDAY
This free app is available on both iOS and Android and it delivers all the traditional match information including team line-ups, game statistics and plenty of video content. Additionally, in an unprecedented move, O2 Matchday users will be intrigued to discover that they can listen in directly to the referee’s microphone as he takes charge of the match. So for each game you will be able to listen to a direct feed from the ref which will no doubt make you feel more immersed.

FLICK KICK RUGBY KICKOFF
Let’s face it the simpler the game, the more popular and addictive it seems to become, especially when you’re discussing titles like ‘Flick Kick Rugby Kickoff’. The perfect solution for those too lazy to get out in the open air and have a kick about themselves, all this game requires is the flick of your index finger as you attempt to send as many balls between the posts as you can in the time given. 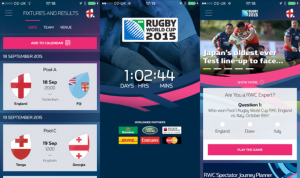 Whilst there are plenty of info and stat-based rugby apps available you will want to make sure you have enough space on your device for this official offering that will help guide you through the tournament game by game. The app may have had a little backlash from users due to a few bugs here and there but it’s still the perfect way in which to get all the basic game info you need at a moment’s notice.

RUGBY STAR SLOTS
Microgaming are constantly creating a number of excellent themed slot games and following the success of their Cricket Star title, which was launched in time for the Cricket World Cup earlier this year, a ruby-based follow-up has been issued. So now rugby fans can enjoy this similar 5 reel rugby star slots game which boasts a host of special features and bonuses as you’d expect. The participating teams are represented but sadly just in cartoon format and not by the actual player’s from the tournament themselves.