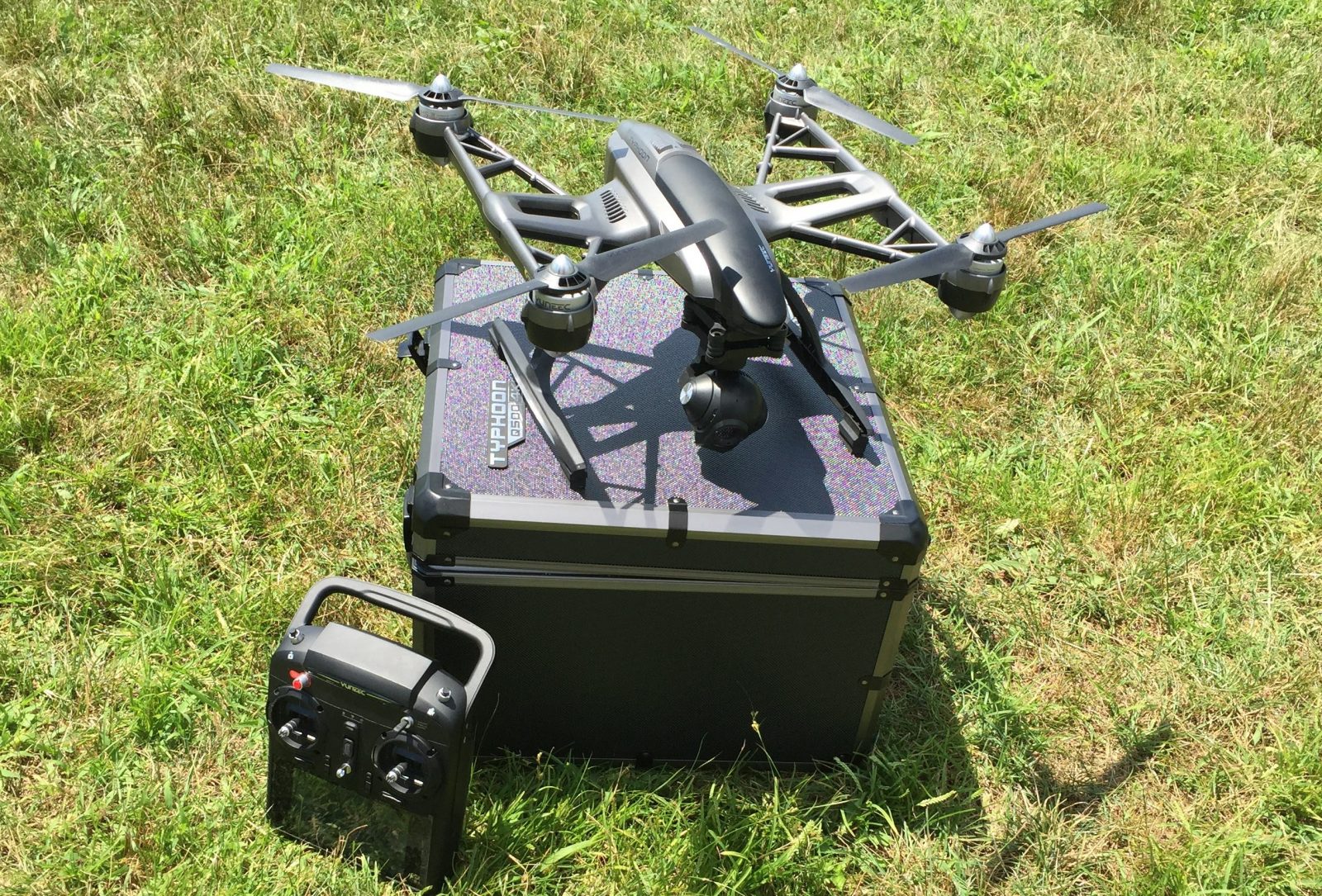 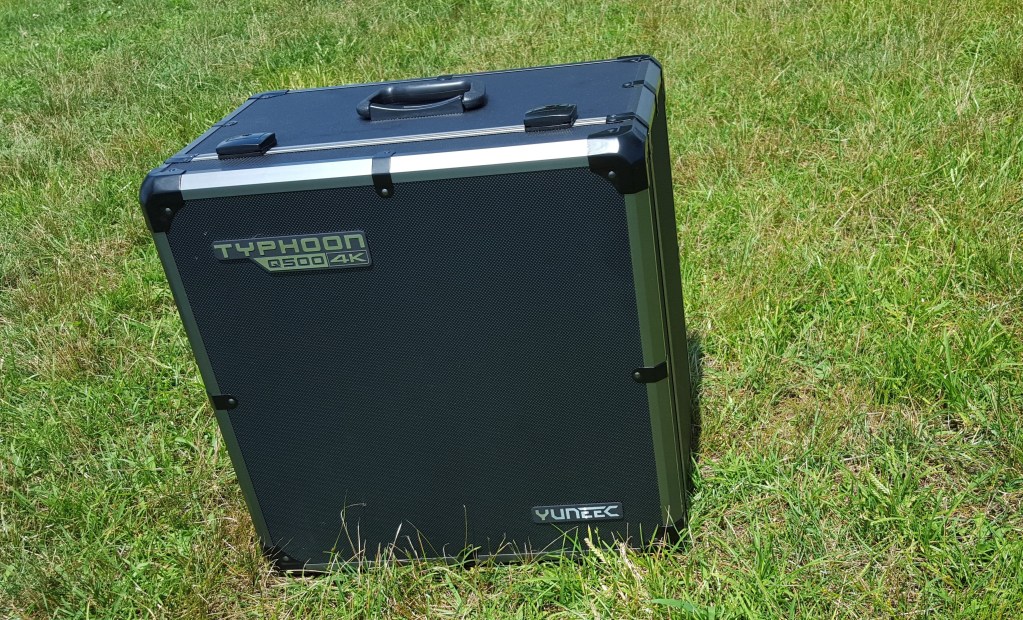 I’ve gotten the chance to review innovative technology. While I mostly focus on mobile products, I get different things thrown my way. Since the popularity of drones has risen throughout the last couple of years, I was a bit curious about them and their purpose. I’ll admit that I wasn’t too crazy about them, due to my lack of experience. But I finally had the chance to review one when the awesome folks over at Yuneec Aviation sent one over.

Yuneec Aviation (pronounced “unique”) sent over the Yuneec Typhoon Q500 4K. I wrote about it a few months ago when the drone was announced. This was a whole lotta drone to take in as a person who has only had experience with smaller “toyish” drones and not for a very long time either.

I was excited to receive the Typhoon 4K, as it comes in a safe-like chest. It’s fun to unbox. I do wish the case had wheels. It’s bigger than carry-on luggage, so you won’t be The Typhoon 4K is a quadcopter (4 rotors ). It takes a 5,400 mah battery, and has the 3-axis precision gimbal camera. But that’s not all it comes with. It comes with 8 propellers, two 5,400 mah batteries, camera, and the SteadyGrip (not available in all packages), and of course the control. I like the grayish-dark color of the Typhoon 4K. It gives a sleek jet-fighter look as opposed to a private-plane style. 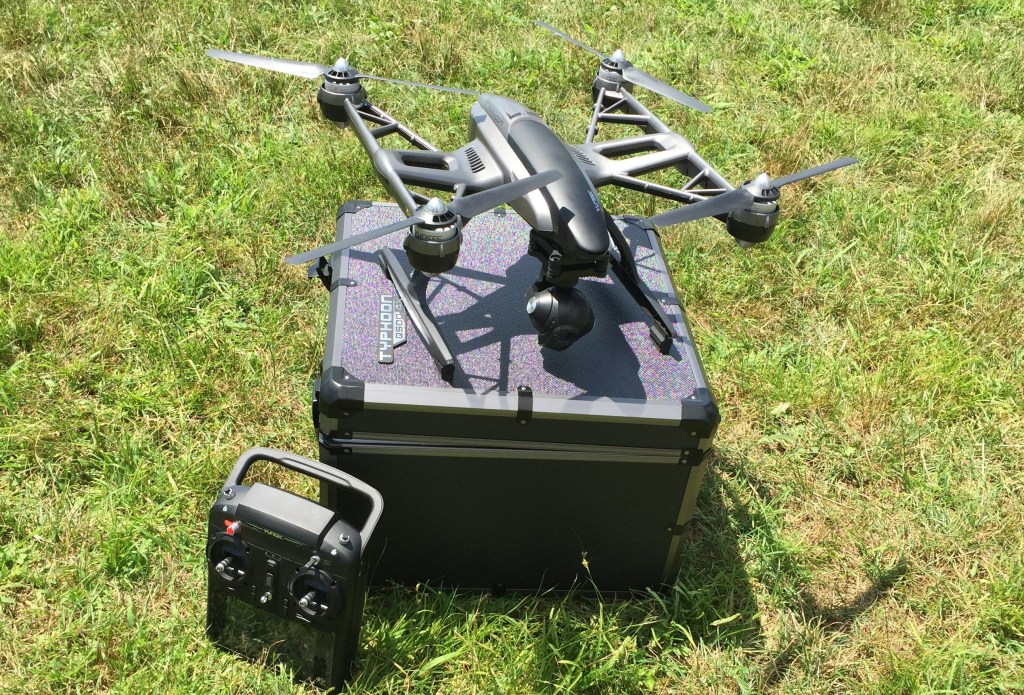 Since consumer / civilian drones are used for two things really; entertainment and footage, I’ll get straight to that and the features that helped me use the drone.

Safety First: One of the main features of the Typhoon 4K, is that it’s aware of FAA no-fly zone restrictions. In this case you can’t fly in national parks or too close to airports. You get a nice new toy to play with, you charge it up and you’re ready to go but the drone stays on the ground. I go to the quick-start manual to see what’s up and remember about the FAA restrictions. I of course live between two major airports. So day 1 was a no-go, not the drones fault at all; safety first. 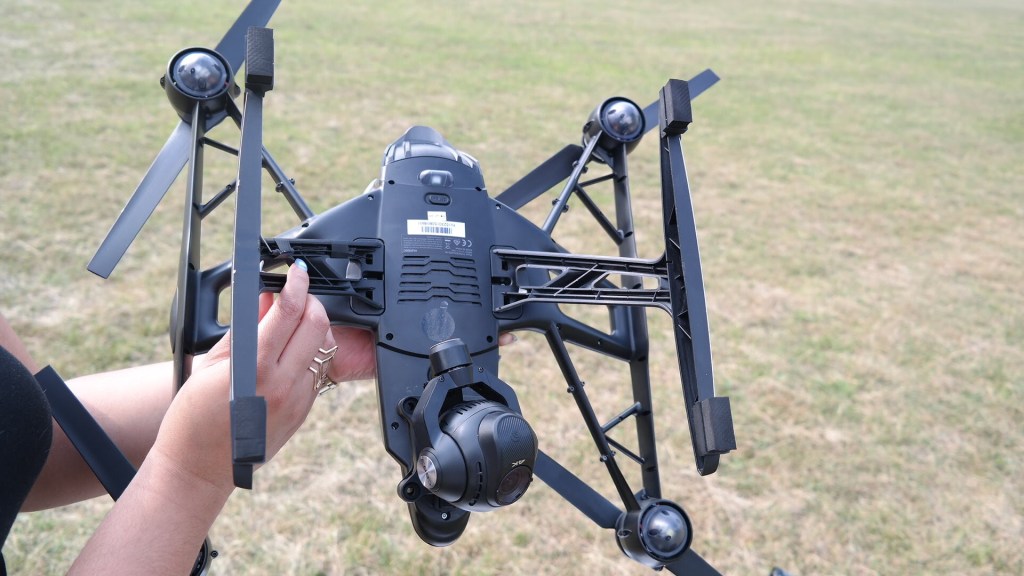 Even though I was anxious to fly the drone, I found this to be a bit of a relief since I’ve seen stories of drones getting in the way of important events, or in the airport area.
No-fly zone isn’t the only safety feature on the Typhoon 4K. It doesn’t fly more than 400 feet and keeps a safe distance from the pilot, and doesn’t go farther than 300 feet from the pilot’s position as well. These features worked well for me in keeping the drone from going out of sight. Just basics for first-time flyers.

There are 3 modes when flying the Typhoon 4K. Angle, home, or smart mode. Angle is what I would call ‘manual mode”. Think of it like driving a car, you have control, you’re switching gears. Angle mode is for seasoned users, who are comfortable maneuvering the control. 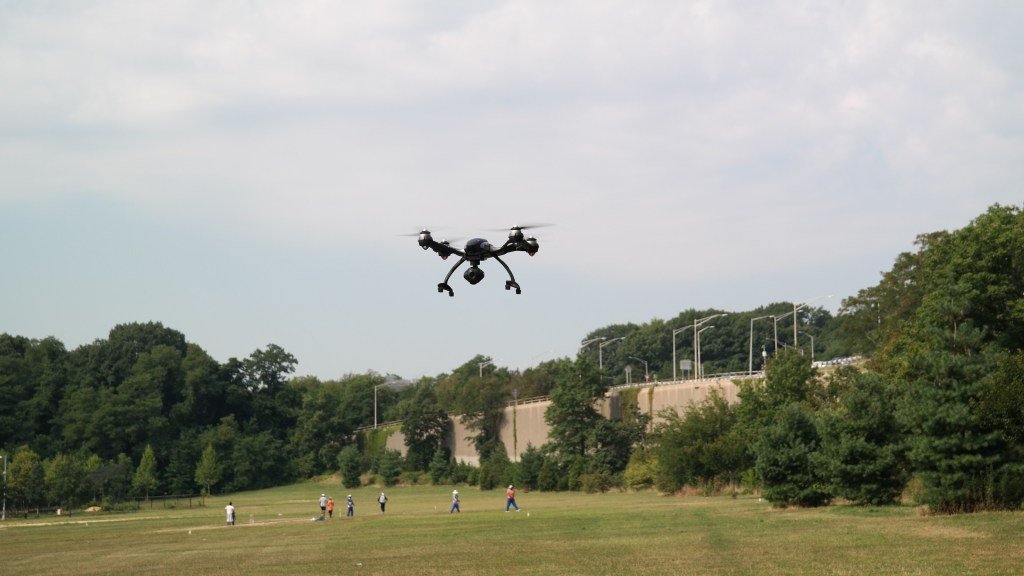 Home mode is when you want the drone to come back close to the control. Maybe it got too far, or you lost sight of it. Put the control in home mode, and the drone comes flying back and land. I used the home mode when the drone was flying in between trees and I couldn’t single it out.

Depending on what you’re doing, the drone on the Typhoon 4K will last you 20-25 minutes. Luckily you have a second battery and a car charger to charge when on the go.

The controller for the Typhoon 4K, AKA the ST10+ also helped with flying the drone. It has two joysticks a 5.5 inch touchscreen display. You can see what the camera is looking at (with slight lag), a button for snapping pictures, and one for recording video. It’s easy to get the feel of controlling and maneuvering. It does get heavy at times. I feel like a professional with this control, and for anyone investing into the Typhoon Q500 they will appreciate the feel and build of the ST10+ controller as well.

The camera records in different resolutions. From 4K down to HD. While watching the video and pictures taken from the surprisingly clear (for the pictures) and steady for the video. Not having personal experience with a drone, and then flying it I thought footage would be shaky or with hiccups and jitters. But that wasn’t the case at all. Thanks to the 3-axis gimbal, you have smooth footage from elevation and even spinning in 360 view (video will be uploaded later on).
Also if you’re watching what the subject on the controller screen it won’t look as clear as the footage itself. It has a decent amount of brightness.. There is some blur in the corner of pictures, or when changing direction in video. I am not sure if it’s the contrast of the sun or just image quality.

The Yuneec Typhoon Q500 Drone will run you $1,199 and up. This is for the drone, including the 4K camera, and SteadyGrip. Learn more HERE at www.yuneec.com

I had a blast reviewing the Typhoon Q500 4K drone. It’s great for beginner levels of drone enthusiasts. It’s an easy drone to learn with (if I can learn, anyone can), you get more than decent 4K camera, and 2 batteries to work with. If you don’t want (or don’t feel comfortable with) the 4K camera, you can go for the Yuneec Typhoon G drone, which uses a GoPro to capture images. I do wish there was a better carrying case for it, or at least wheels on the current one. I live in New York and trying to get to different places to try get footage and lugging that case around isn’t fun. But when you do bring this baby out, you’ll have a blast.