Do you like strategy games? You ask for variety and challenges? You want just to register and start to play? Well Plarium catalogue browser is just like that and not to long ago they have launched a new MMO strategy game which can be played for free online, with this addition their brosergames catalogue has grown both in deapth and variety, the game is Nords: Heroes of the North.

The backdrop of the game is in North a fantasy region in which different species from the fantasy world such as Orcs, Elves and Dragons unite to fight against the Ice Queen and her army. This strategy game is full of fun and requires some thinking and ability as well. 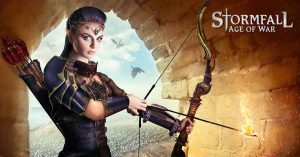 If fantasy games are not your thing and you prefer history well these two are the biggest and most successull Plarium’s free MMO games online: Stormfall: Age of war and Sparta: War of Empires, both are well known and gamers around the world play it with enthusiasm and interest.

Plarium – created in 2009 has created a diverse range of games in which the immagination has no limits, which explains how this company is still growing all the time with new ideas but also with updates and events which maintain relevance in all their games.
Regular updates are constantly made in all their games this means that there are no forgotten older title and items remain relevant all the time so, there is never any real stagnation in a game, and you can get your game into an old title or a brand new one and it will be the same.

Plarium online strategy games are strategy player vs player enabled games full of action, which allows gamers to create games where they can combine the building and army development options which are always very appreciated with a compelling story and PvP so that the gaming experience is richer and more challenging. The PvP aspect allows to each player to form into a guild, create trading or political alliances or just go for an all out war. Every move requires preparation and strategy, between attacking in order to conquer more assets and protecting those already acquired, this requires skills, ability and a lot of thinking. 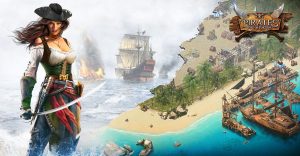 Then, if you like war games and action these two meet your requirements, Total Domination and Soldiers Inc. embed characteristics such as fully voiced characters, high quality graphics and intricate gameplay. Their styling together with MMO strategy and PvP have worked well thus giving to millions of players all over the world some amazing games to play either directly on the browser online or in Facebook.

But if you prefer to participate in virtual battles occuring in the sea Pirates: Tides of Fortune creates that pirate feel from the 1500s and 1600s both the graphics and design of the game, and the voice acting immerse you in that pirate atmosphere.

Taking the latest technology together with simple but very creative ideas, these ingredients have created some of the worlds biggest MMO Strategy Games which include animation of 3D battles, and new features that combine GDR with tactical MMORPG and MMORTS.