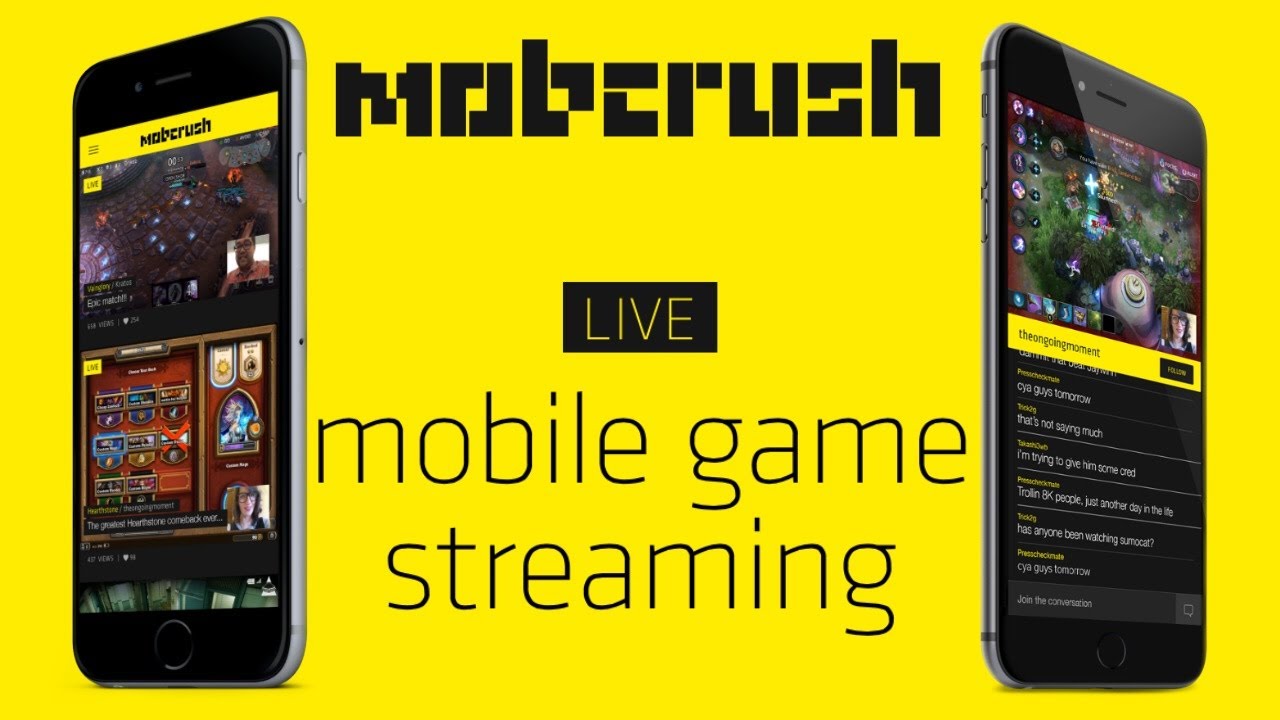 The gaming community will have another app to use when it comes to streaming, but this time it’s for your favorite mobile games.

Mobcrush, is a free live streaming app built just for the gamers. The app has recently concluded a successful beta period, which saw tens of thousands of new players per month join Mobcrush, these new players learned about the app through word of mouth. The company’s easy-to-use broadcast technology led a five-times-greater percentage of Mobcrush users to become content creators, in comparison to other streaming platforms. Those who broadcast did a least an hour of live streaming per day. The company plans to fully support this feature, which will allow players in any ReplayKit Live enabled games to easily stream to Mobcrush directly from your iPhone or iPad.

“We started Mobcrush to solve our own challenges around broadcasting mobile games and quickly found that there was incredible interest in an authentic, purpose-built app for gamers to both create and connect,” said Royce Disini, Mobcrush CEO and Co-Founder. “Today, we’re excited to launch Mobcrush on five platforms globally and can’t wait to see what players, developers, and creators will contribute to our community.”

Many viewers like to interact with other viewers while watching the stream, as well as asking the streamer questions and advance on the game that’s being played, so Mobcrush made sure that the app will offer chat capability – so you don’t have to be at home on your laptop, or desktop to enjoy your favorite features. You can also watch some of your favorite eSports tournaments on the app as well.

“Mobcrush is revolutionizing the way we stream,” said Matthew “iChase” Chase, an early Mobcrush broadcaster and and gaming personality. “I hit broadcast and I’m live. All the streaming features are built right into the Mobcrush app, letting me focus on creating entertaining content and responding to my viewers, instead of struggling with complicated set-up and technology.”

Mobcrush’s launch comes just in time, during Apple’s Worldwide Developers Conference last week, where Apple announced that in-app live streaming capabilities for games will be available with iOS 10 this fall. During the event, Mobcrush and Olympus Rising, an action MMO from flaregames, were showcased on stage during the announcement.

Mobcrush is available for free on the Apple App Store, Mac App Store and Google Play.