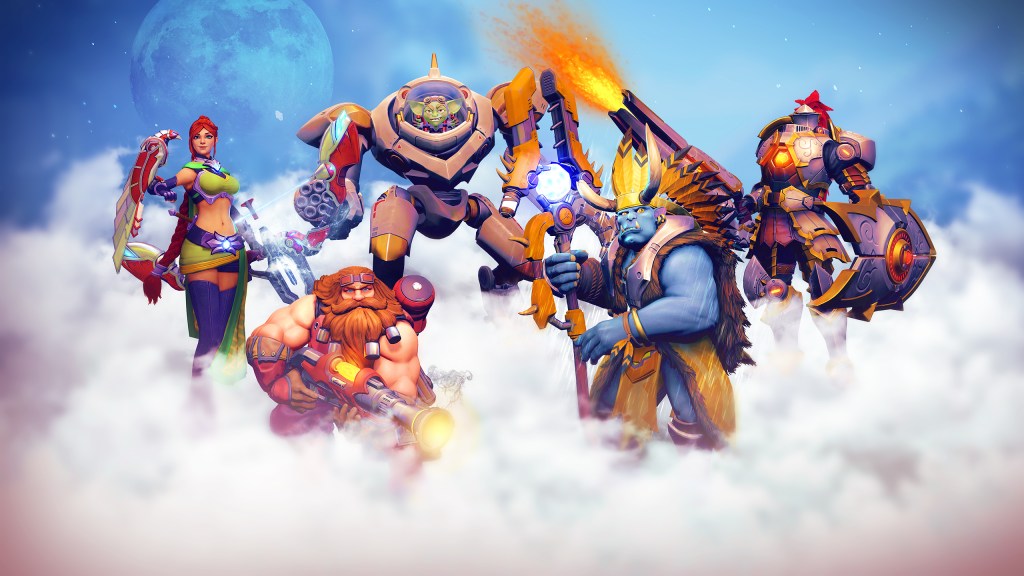 Hi-Rez Studios, the company behind the hit MOBA game SMITE, has reason to celebrate. The company’s new game, The Paladins: Champions Of The Realm, has had such great success in the past few weeks that they’ve announced the first ever, Paladins Invitational.  The Paladins: Champions Of The Real, is a first person shooter. Players can choose from a handful of playable characters – each character has their own unique abilities. The game has been in closed beta since November 17, 2015. It officially went into open beta on September 16, 2016, and the feedback has been amazing.

The Hi-Rez Expo will be held on January 5-8 2017, this event will not only showcase teams from North America and Europe, but fans who attend the event will also get to see teams from Brazil, Latin America, Australia/New Zealand, as well as China.

The Paladins Open Beta had an explosive first weekend with “well over 100,000 new accounts created in the first 24 hours”, said Todd Harris, Hi-Rez Studios co-founder and COO. “We’ve also seen a very strong interest in Paladins from competitive players and esports organizations worldwide and are therefore extending the Paladins Invitational to include more regions and more teams.”

As Paladins continues to grow Hi-Rez Studios has also announced that their global partners Level Up, Double Jump, and Tencent will be overseeing the regional tournaments in Brazil/Latin America, Australia/New Zealand, and China. They will also determine which teams from those regions will have the opportunity to make their way to the Paladins Invitational which will be held in Cobb Energy Center in Atlanta, Georgia to compete for $150,000.

The Paladins Invitational will feature 8 teams, these teams will be going toe-to-toe to see who will make it to the finals and take the title of being the best Paladins team in the world. The tournament will be broadcast live from the Cobb Energy Center.

If you are planning to attend the event, you can purchase tickets at Hi-Rez Expo. Those of you who wont be able to attend, you can watch all the exciting matches on Hireztv.