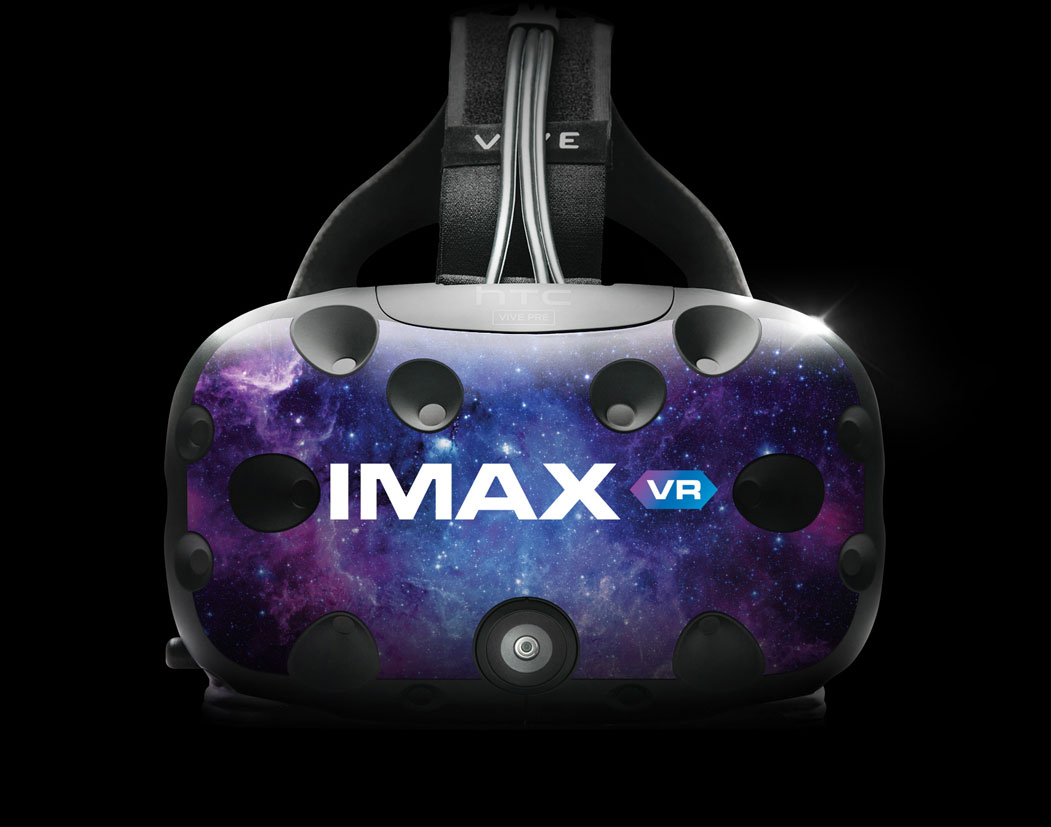 Facebook Twitter Pinterest Email
The IMAX VR Centre opened up in New York City in June. I had a chance to check it out. Learn more about IMAX VR and my experience with it.

VR is definitely more popular this year. There’s many ways to experience it. I’ve been lucky to play with VR for a a couple of years now and it has definitely improved. Having the right VR experience matters. It helps you understand the potential for entertainment VR has to offer. The first IMAX VR Centre opened up in Los Angeles earlier this year in January. A few weeks ago I had the chance to experience the IMAX VR Centre in AMC Kips Bay theater in New York City. It was pretty dope experience. 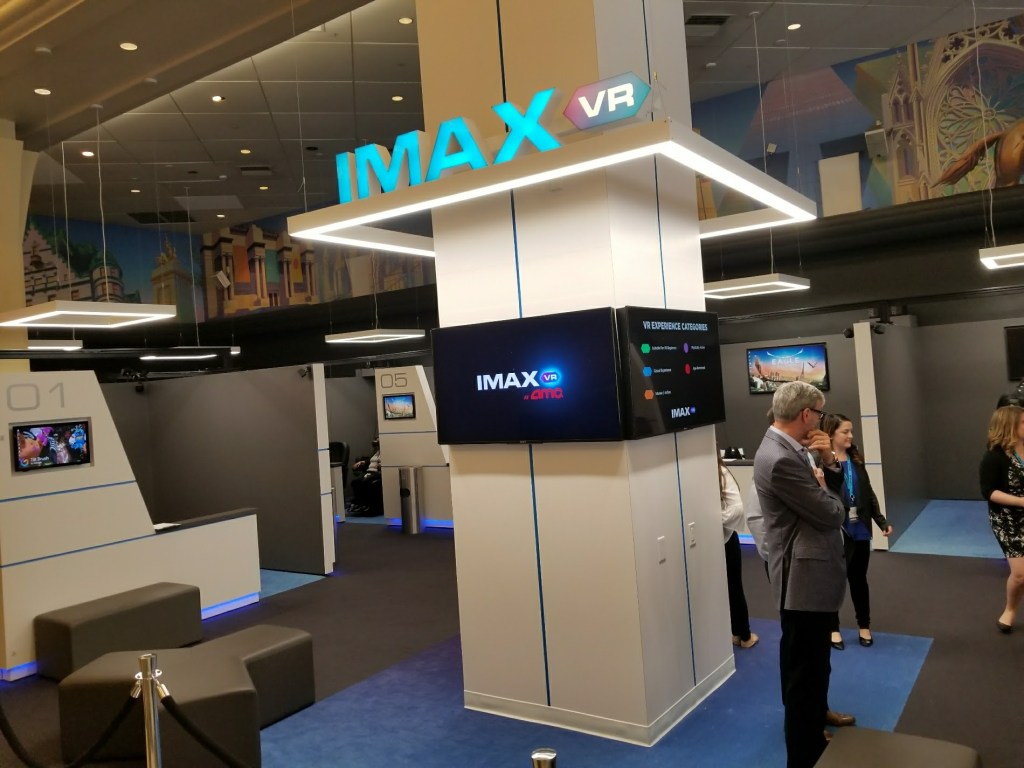 So what Is IMAX VR?

IMAX VR at AMC is a chance to experience VR content in full force. From the press release:
IMAX VR at AMC is a mind-shattering VR experience in a location-based, state-of-the-art experience centre. The IMAX VR experience features a unique combination of premium technology and world-class content that lets users see, feel, move and play in new worlds in a powerfully immersive and realistic way, much like IMAX® theatres offer moviegoers a differentiated and best-in-class film experience. With groundbreaking VR headset technology, 360-degree sound and sophisticated room tracking, players will be instantly transported into new interactive virtual worlds that are more realistic than anything imaginable.

The AMC theater had an area known as the “Players Lounge” with “pods” with different VR content. The pods look like large empty cubicles (for obvious safety reasons). There is someone there to suit you up (you wear a vest-like pack, headphones, 2 hand controls and of course the HTC Vive / StarrVR headsets). 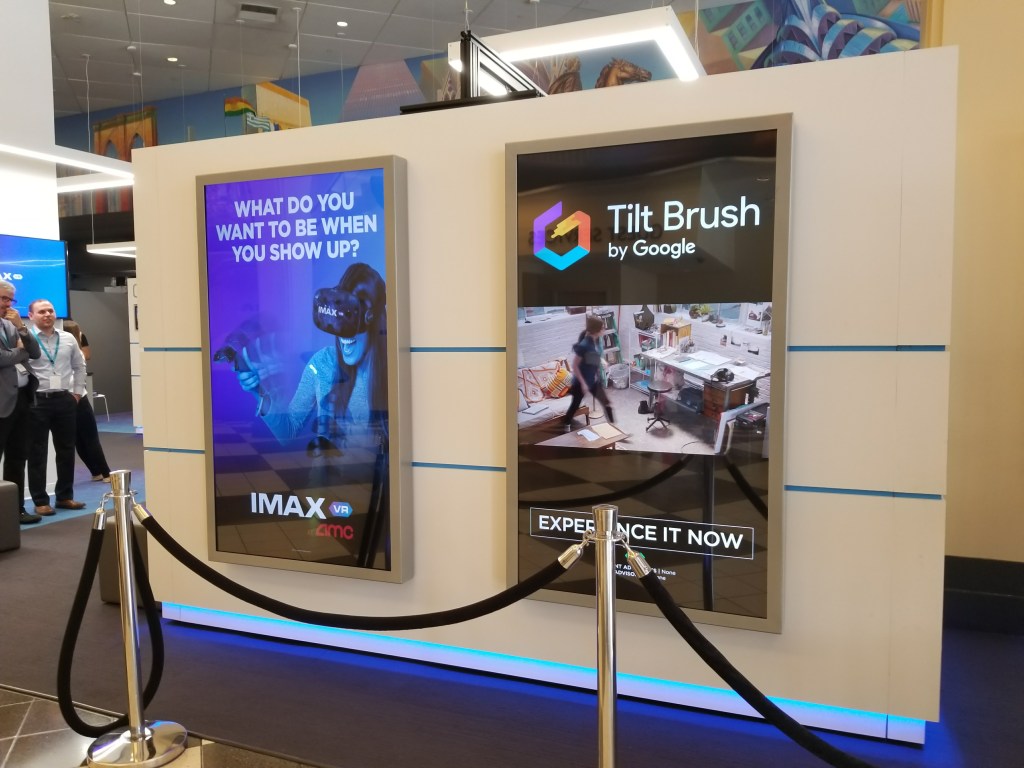 “IMAX will provide the  Centre an ongoing array of new, premium interactive content experiences that are each expected to range between 5 and 15 minutes in length. Through its recently established IMAX VR Content Fund, the Company is in advanced stages with several content developers, including Hollywood studios and gaming publishers, to produce and distribute high-quality VR experiences to its centres. IMAX recently announced a new co-financing and production agreement with Warner Bros. Home Entertainment to develop and release three premium, interactive VR experiences based on some of Warner Bros. Pictures’ most highly anticipated upcoming blockbuster films.”

IMAX plans to open more locations of IMAX VR. The VR sessions aren’t too long. Each experience is approximately 7 to 15 minutes long. I think that’s actually a good amount of time to experience VR, especially if you saw a long movie. But for some games, you miht get so into it that 15 minutes will fly by. Single- and multi-user experiences are available. Featured experiences range between approximately $10 and $15. 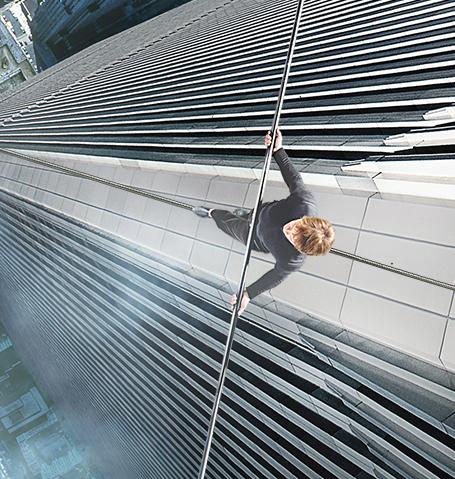 As you read in the snippet from the press release above, the experiences aren’t very long. I enjoyed playing or experiencing 3 different games. I also watched as others got into it.

My favorite experience wasn’t so much a game, as there was no competition or levels. It was a VR version of the “The Walk”. You are doing a VR version of Philippe Petit’s walk on a cable between the Twin Towers. I don’t recommend this if you’re afraid of heights. It felt thrilling, nostalgic, and scary all at once!

Raising a Ruckus is great for children. This is watching a short film in VR. But you feel the ups, downs, and bumpy ride the twins go through on their little adventure.

Raw Data is all about activity. You have to stay alert if you want to be the hero in this game. Enemies are jumping down from the ceiling and breaking down doors, so you have to make sure to get them before they get you. I’m don’t react well to things popping up right in front of me , there was a lot of flinching going on. No surprise, I didn’t do well in that game.

To learn about the other content available at IMAX VR and to reserve tickets for the experience, you can go HERE