The Turn-Based Card Game: Hands of the Gods Makes Its Way Onto Console

Today Hi-Rez Studios announced that their new game, Hand of the Gods will be making its way onto the Playstation 4 and Xbox One platforms. Hands of the God is a its turn-based strategy game will be entering Closed Beta on Console systems.

Hand of the Gods is a 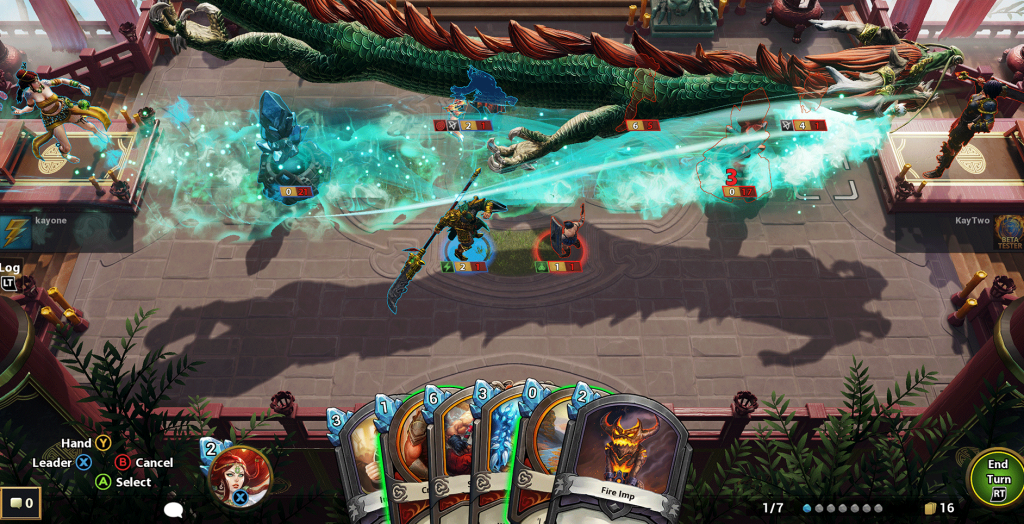 , one-vs-one strategy game. The game is set in the same mythological universe as the Companies hit MOBA game, SMITE. The game features customization and planning of collectible cards.

Players can build a deck from a large variety of cards to their liking and then use their decks against an opponent in one-on-one battle. Hand of the Gods features seven unique Leaders, including the brand-new Hindu pantheon Leader, Ganesha, these cards come to live when you are ready for battle.

The beta for Hand of the Gods kicks off by offering special bundles for PlayStation Plus and Xbox Live Gold members–including FREE access to the Closed Beta for those members!

Today, PlayStation Plus and Xbox Live Gold members can receive the Hand of the Gods promotional bundle for free! Each bundle features a unique Leader Skin and also includes an Exclusive Card Back and Player Icon. In addition, the bundle includes five Core Packs to give new players a jump start in building their decks.