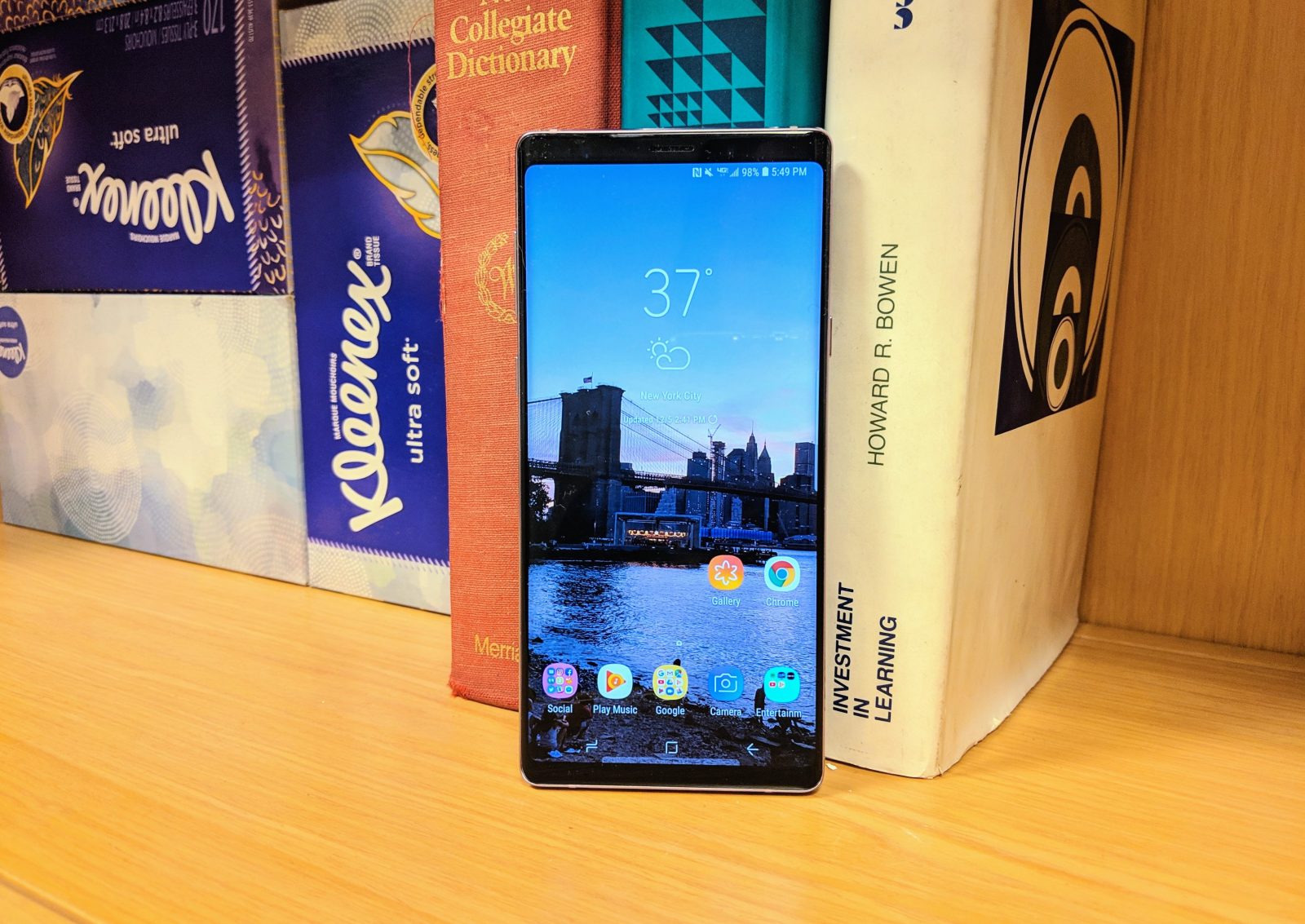 Facebook Twitter Pinterest Email
The Galaxy Note9 is a beast on paper. So after using it for several weeks, does it live up to the hype? #GalaxyNote9

I consider myself an expert on the Samsung Galaxy Note series. I’ve had all of them with the exception of the Galaxy Note 7. For most of the year, the Galaxy Note is one of my daily drivers. So what changes do I enjoy with the Galaxy Note9? This is my long-term review.
The phone sounds great on paper. The specs scream flagship and “phone of the year” (for some at least). So how has it worked after several weeks of use? 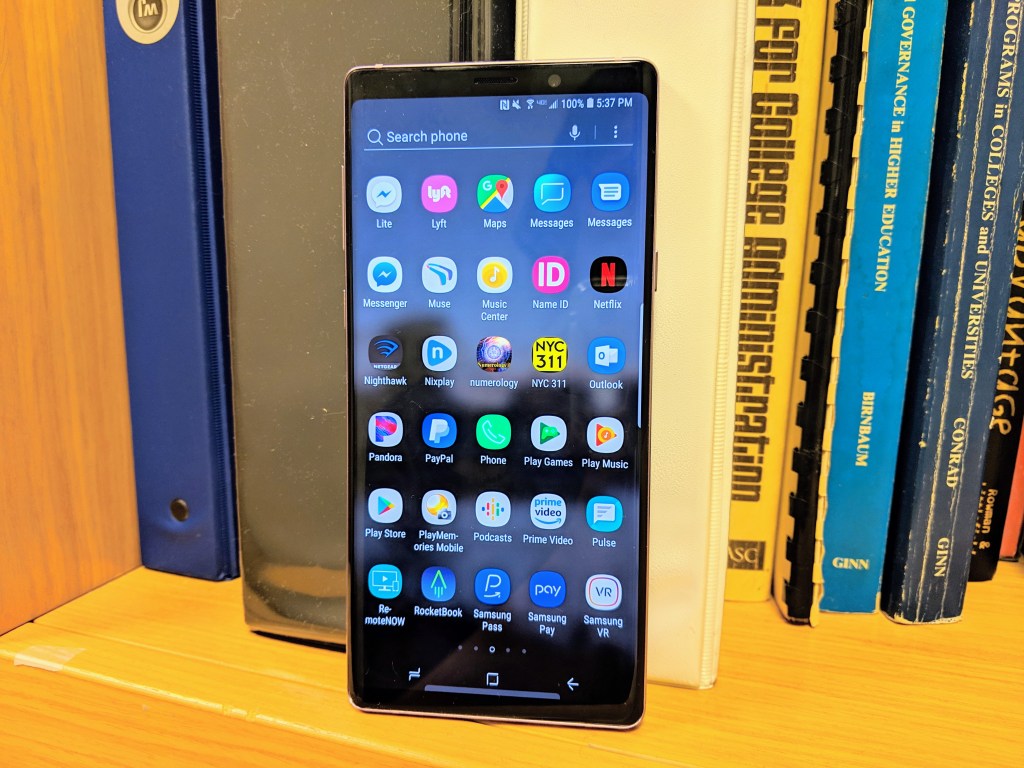 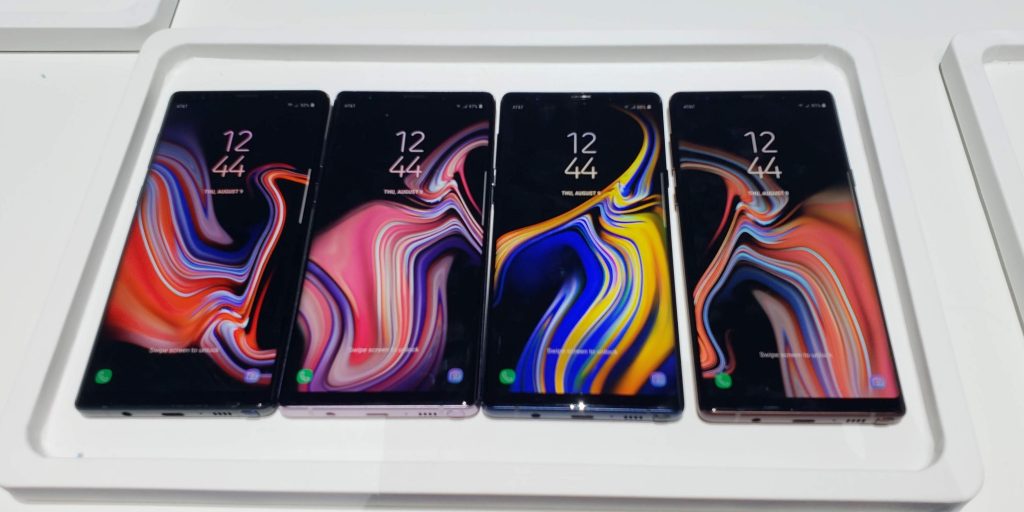 There was a time that you could distinguish a Galaxy Note device from other phones in the market. Now it’s not that easy. It still has the large display but with barely any bezels and curved edges. The S-Pen is still at the bottom right corner, and yes there is still a headphone jack to the left of the USB-C charging port. Experience As expected the Note9 comes with tons of features. You still have the edge screen, s-pen, dual rear cameras, a huge battery, and it’s almost bezeless. As expected going from the Galaxy S9+ to the Note9 isn’t a huge jump. Besides the S-Pen and the slightly bigger screen size, a lot of it is the same, even the camera. But if you’re going from the regular S9, you may notice a difference in battery life. The Note9 has a huge battery. I still use the multi-screen capabilities the most. I don’t enjoy the placement of the fingerprint scanner. It’s still located too close to the camera. I use the case to help me find it quickly, without smearing the camera. I dropped the phone more times than I’d like to admit but no cracks so far. The screen has a few scuffs but this is definitely a phone you want to keep a case on. It’s pretty but slippery. Sometimes the phone does a poor job of palm rejection, causing me to accidentally press things.

No surprise here, but the Galaxy Note9 display is one of the major strong points of the phone. It’s my favorite device to consume media in because it’s just that vibrant. While some may find it oversaturated, I enjoy the bright colors. It’s great to watch clips. Since I don’t use a tablet much these days, the Note9 has been where I watch most of my content. You won’t find a notch on the Note9 display either. Samsung has gone with the if it ain’t broke don’t fix it rule when it comes to the Note9. 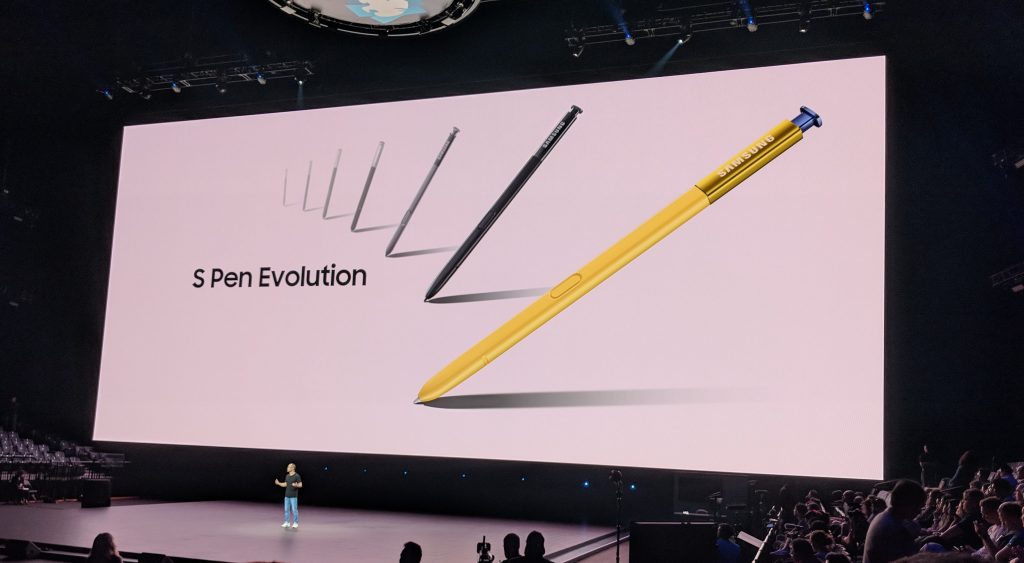 With the Note9, the S-Pen has become more useful. You can use the s-pen to control the Note9. You can use it to launch the camera, control the shutter on the camera, move slides in a presentation, and control music playback. It works up to 30 feet away from the phone at times. The pen does have to be recharged through the phone. The pen always worked for me. I figure it charges through the night and middle fo the day. I still used it for basic note-taking. I enjoy written notes. I still use them on my Galaxy Book more than the Note9 since it’s larger. 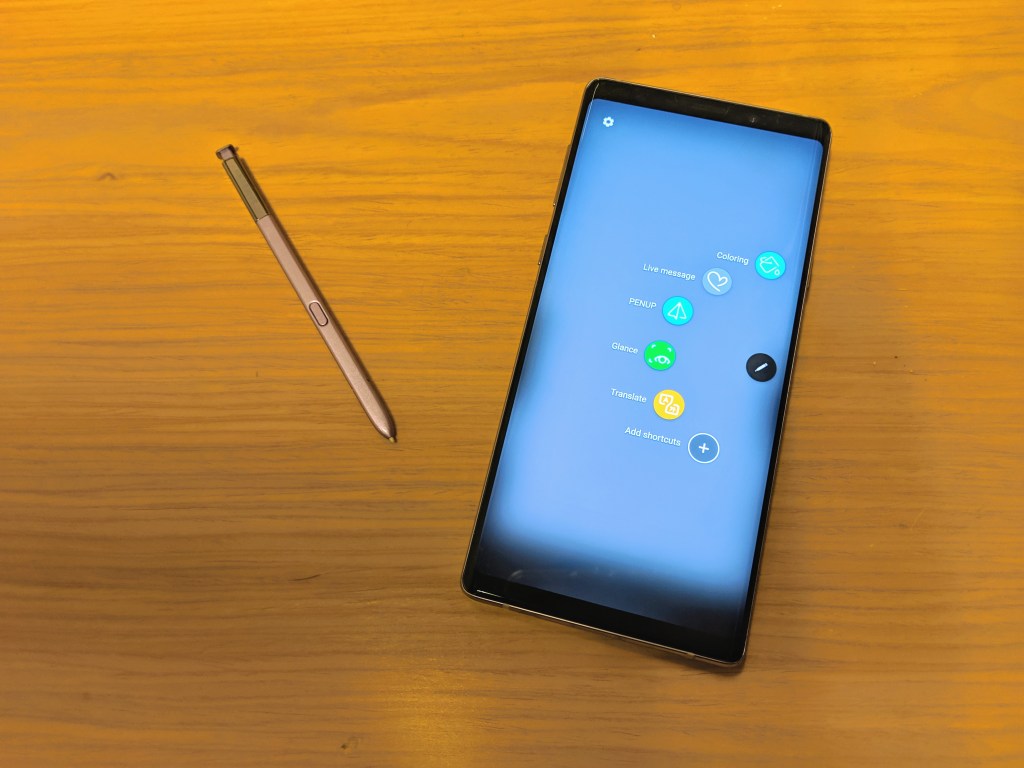 The camera on the Note9 is very good. It’ll be difficult to find a camera that is bad on in 2018. I feel that I have to be a bit more steady with it, for it to work well. As I always suggest, tap to focus, be steady, and if possible get as much light as you can. You’ll get great colors with very little noise. The AI camera features aren’t the greatest thing. I found I barely used it. Flaw detection is actually pretty good. It caught a couple of blinks and notified me it did. 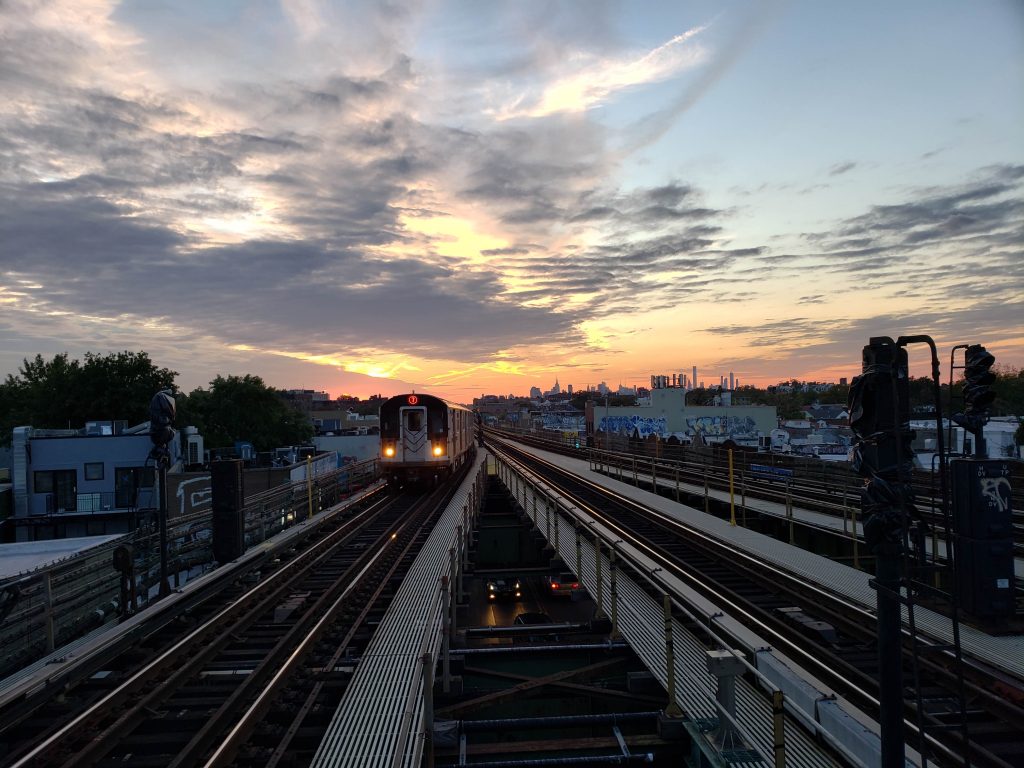 Verizon was nice enough to send me the unit to review. I’ve been using the service on the Note9 for a while. Since I’ve used phones on Verizon, and live in a major city I get great service. You can learn more about Verizon and their RootMetrics awards here. You can check Verizon’s RootMetrics awards and scores here: RootMetrics Study

According to RootMetrics
“Verizon’s performance in our national testing remained outstanding and far stronger than that of any other carrier.”
“Verizon delivers another stellar performance – With far more State RootScore Awards than any other carrier, Verizon again led the way…”
“Verizon remained the top performer in our metro area testing, once again earning the highest total of metro area RootScore awards at 602.”
“Fast, faster, fastest: Verizon recorded median download speeds of 20 Mbps or faster in more markets (106) than any other network.”

It’s hard to justify the $1000+ price point if you’re coming from a Note8, S9, or even S8. Of course, the features are improved, but not by such a large margin. The pricing is worth it if you’re doing a multi-generational jump. Remember there is no Note 6 or Note 7. So if you have a Note 5, it’s a good time to jump. I also suggest them if you need lots of storage on the go. Imagine having 1028GB of storage on your phone. The phone is available in three colors, Lavender Purple, Ocean Blue, Midnight Black. You can check out the available plans and promotions for the Note9 here. https://www.verizonwireless.com/smartphones/samsung-galaxy-note-9/ 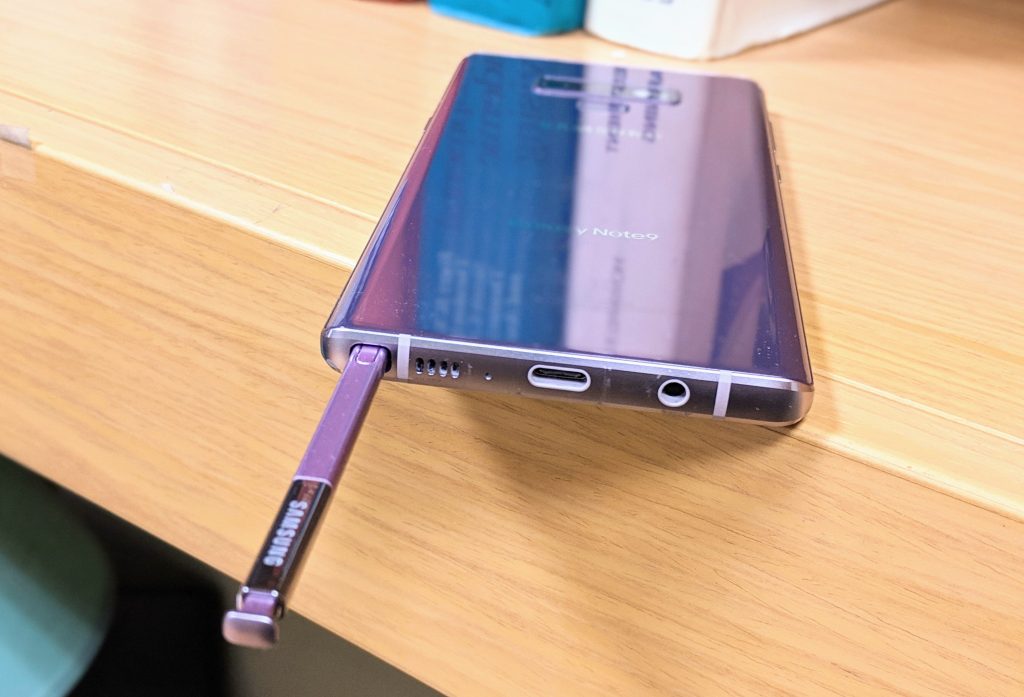 The Galaxy Note9 is still one of my favorite phones to use. It’s still a “big phone” but it doesn’t feel massive. It’ll be difficult for you to find a phone with external storage, a headphone jack, a speedy processor and a gorgeous screen. The Note9 is an excellent package. Every category is checked; internals, speakers, cameras, build, storage, audio. It may be tooo much for some, features and pricing. I do think it’s one of the best phones of 2018. Expandable storage and headphone jack are still on board with a solid battery life. That’s something you won’t find in all phone packages. 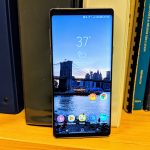