The HTC One M8 is Here. Specs and Notable Features #HTCOneM8 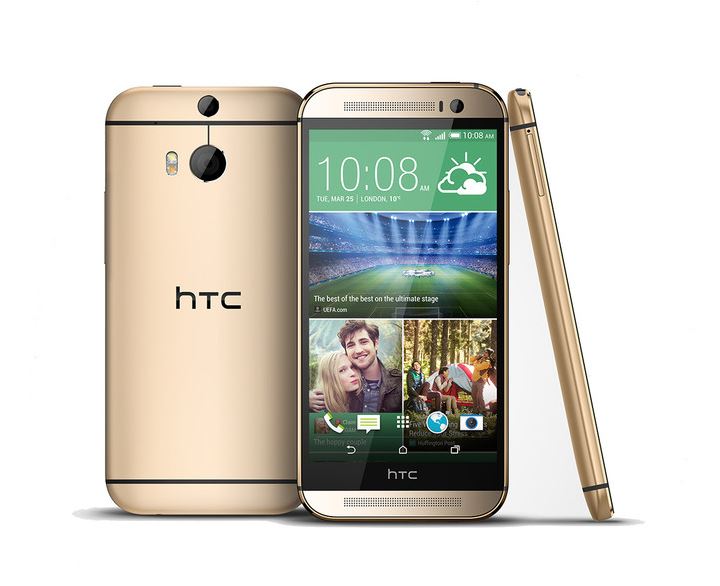 If you haven’t heard already, HTC just announced their new 2014 flagship phone, the HTC One M8.

Tech We Like was at the New York City unveiling of the HTC One M8. The rumors were pretty much confirmed. The HTC One boasts the Qualcomm Snapdragon 801 processor, which promises speed and smooth flow. There have been upgrades to HTC Zoe, BlinkFeed, HTC BoomSound and the front facing camera. HTC’s front facing camera is 5 megapixels. There are two rear-facing cameras AKA Duo camera, to get a more “in-depth image”.

The HTC One (M8) also has gestures to help access your phone and apps easier. And for those who like to live-tweet shows and events, the HTC Sense TV has  a remote with Facebook and Twitter built-in so you can enjoy real-time conversation.

You can customize feeds on BlinkFeed (it’s also not a default screen on your phone anymore). And when all these features drain your phone’s battery life you can use the “Extreme Power Saving Mode” to save what little battery you have left.

Check out more of the features the new HTC One M8 offers with details from the original press release:

Zoe™ in the cloud

In 2014, HTC’s unique Zoe™ feature will evolve into a cloud-based service, enabling Zoe Video uploads for all to see, along with the ability to invite friends and family to add their own photos, videos and music to the original Zoe video. Incredible highlight reels of classic moments are even better when the creation is shared. The new Zoe app will be available for download through Google Play this summer.

With the introduction of HTC Sense™ 6, the new HTC One (M8) boasts capabilities that give the product a sixth sense. For example, Motion Launch™ is immediately able to detect its position and movement, thanks to built-in motion sensors that allow interaction with the phone without turning on the screen. A simple swipe will activate the device, Auto Answer allows calls to be answered without touching the screen simply by putting the phone to the ear – a handy tool if the phone rings while gardening or washing dishes – and a double tap turns the lock screen on and off.

The innovation continues as HTC changes the way people use their phone battery. With the original HTC One (M7), HTC optimized power consumption to get the most out of the phone. The new HTC One (M8) takes battery optimization to a whole new level making the battery power last 40 percent longer. While normal power saving mode delivers a great experience, the HTC One (M8) features an Extreme Power Saving mode that makes the battery last even longer. Fully charged, it will deliver 14 days’ worth of battery power, while allowing calls, texts and emails – perfect for travel. Activated either manually or automatically, Extreme Power Saving mode delivers 60 hours of extra standby time at 20 percent power, 30 hours at 10 percent power and 15 hours at 5 percent power. Whether out late at night or hiking in the mountains, running out of battery power is no longer a worry.

The new HTC One (M8) again takes the smartphone audio experience to new heights. The latest HTC BoomSound™ technology creates an immersive, powerful, crystal-clear sound with rich tones from bass through to treble. Delivering sound that is 25 percent louder than the HTC One (M7), without compromising quality, the new HTC One (M8) has dual frontal stereo speakers with a new amplifier, redesigned speaker chambers and a tailored audio profile for a truly high-definition experience.

HTC BlinkFeed™ – Your news direct to your home screen

HTC BlinkFeed™ is now more intuitive, with continuous scrolling for a fluid browsing experience, adaptable tiles and a new layout that presents articles in a clean, easy-to-read way. With the introduction of a new SDK that allows partners to integrate their own content, users can more easily find and subscribe to new media sources, in addition to instantly creating custom feeds on any topic. Whether sports, movies or shopping are a favorite interest, this feature ensures delivery of the most useful and relevant information. With News Bundles that bring all articles and tweets on the same topic together for easy reading and more than 1000+ content partners now clearly categorized on one page, following the most interesting news couldn’t be simpler4.

Fitness at a glance

With the new HTC One (M8), it’s easier than ever to get healthy and stay motivated by combining its power-saving sensor hub with the preloaded Fitbit® app.5 Alternatively, the phone can be used with one of Fitbit’s range of trackers6 to access advanced features such as sleep tracking and smart alarm or to capture data when exercising without the phone. Set fitness goals and see achievements brought straight to the HTC BlinkFeed™ home screen with no additional effort. Fitbit is the top downloaded app for connected fitness devices on the Google Play store.

The only remote anyone will ever need has been redesigned on the new HTC One (M8) to provide an interactive second screen. Integrated official Facebook and Twitter streams enable real-time conversations and the ability to follow fan commentary about programs online and in social circles. HTC Sense™ TV now also brings live sports statistics for the 10 most popular sports in the world, with sports fans able to access the latest scores, match statistics and get live updates from games that can’t be missed while watching another game on the main TV screen.

HTC Advantage enables unmatched support for the HTC One family of smartphones – HTC One (M8), HTC One, HTC One mini and HTC One max – by working to solve the challenges of today’s mobile lifestyle. The program is available at no extra charge and features a free, one-time cracked screen replacement within the first six months of ownership, a commitment to future software innovation and content storage and backup solutions that consumers need in today’s digital world.

In addition to the latest software updates from Android, HTC will continue to drive innovative experiences on the HTC One family of smartphones by delivering HTC Sense 6 applications through Google Play, which provides consumers with richer features when available, rather than waiting for the next major OS update. HTC Sense 6 will be available for all 2013 HTC One products – HTC One (M7), HTC One mini and HTC One max – in the U.S. and Canada later this spring.