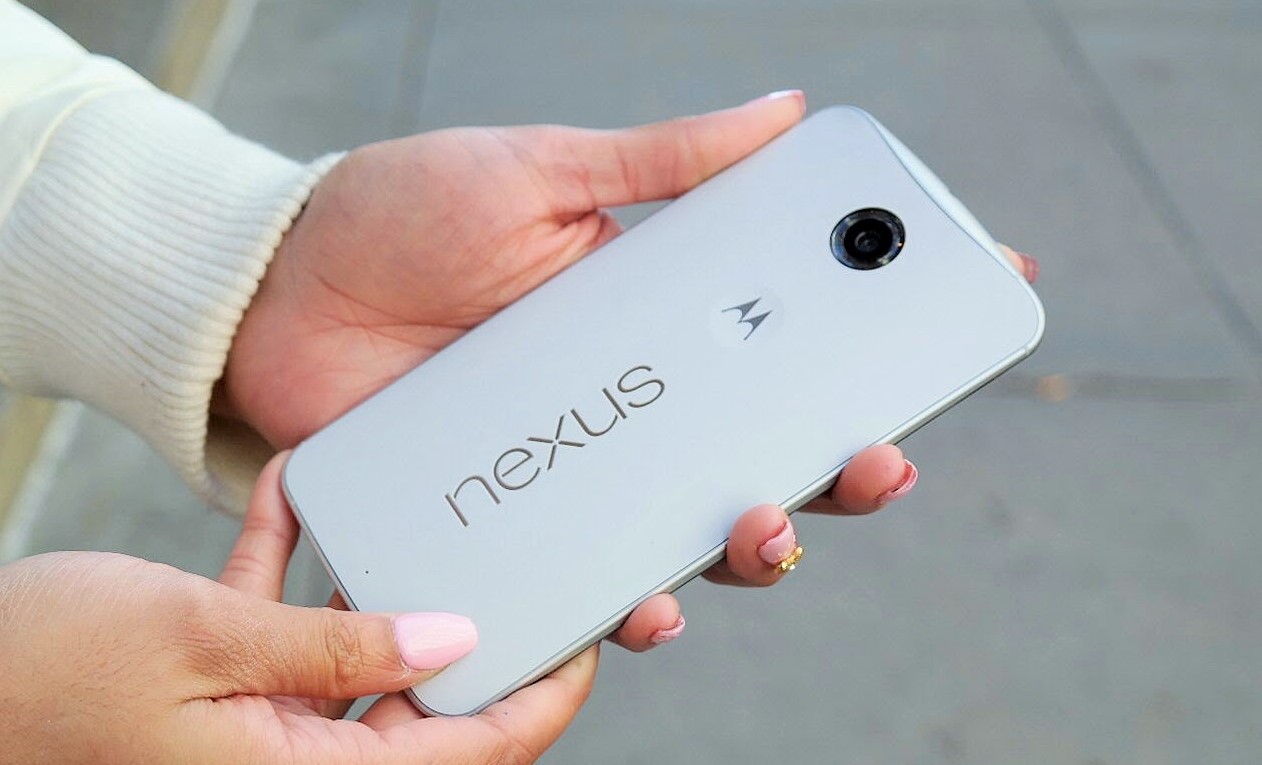 Facebook Twitter Pinterest Email
The Nexus 6 by Motorola is Google's first attempt at a phablet. Check out the specs and how I felt about this massive phone both in size and specs. #Nexus6

As you know I recently reviewed the Google Nexus 9 tablet (by HTC). While I was playing with that tablet I was also using the the Nexus 6 by Motorola. A highly anticipated device by lovers of stock Android, the Nexus took a different turn this year by going into phablet territory and luxury phone price range. So after those characteristics changed is it still a must have phone? Let’s jump right in.

Learn more about the Nexus 6 HERE Since it’s a phablet and you already see the specs above, you already know that the phone is big. With a 6 inch display and the top and bottom bezels, it has quite the body. The right border has the power / standby button and the volume rocker right under it. The bottom has the micro USB charging port. There’s nothing on the left border. The top border has the nano SIM card slot and the headphone jack. Ont the curved back of the Nexus 6 you have a 13 megapixel camera with OIS. The front of the phone has a 2.1 megapixel camera. You also have dual front facing speakers (YAY). The N6 has a curved back. I don’t think this would make such a difference on a phone so large. Maybe a minor difference. Under the flash there’s a little dent with the Motorola sign. I have a habit of resting my finger there, guess that’s due to the LG G3 and Samsung Galaxy heart rate monitor. The phone is heavier and wider so this is a two handed phone no question. And you know what this means for me, i need the best screen protector and case. The phone is a bit slippery, no way to really grip. Overall the Nexus 6 build feels very sturdy. The reason to get a Nexus (for many) is to try out Google’s new operating system. Like many, I was psyched to try Android Lollipop 5.0, but then again who wasn’t? I had tried Lollipop on tablet form, but I wanted it on my phone as well. It’s so hard to go from Lollipop 5.0 back to KitKat. It’s like being spoiled and then having it taken away. Like in my review of the HTC Nexus 9, I liked the same things from Lollipop. Priority mode was great on the tablet, but on the phone?! It’s great! Ambient Display (when your notifications show up when you pick up your phone) for notifications is so useful. It’s great to not have to click the phone on / off. I really hate that “double tap” to wake the Nexus 6. On such a large phone, how could they not have that available. I have gotten used to it from some of the latest devices, including the Nexus 9 tablet. I like being able to tap and see what app it is coming from. Calendar app is so pretty with its season theme. It’s nice to interact with your phone. For the most part everything flowed very smoothly. No trouble at all for the majority of apps. The camera app crashed on me the most. It crashed on me at least once a day. Still no clue why. Material Design animation is great on a large phone. You get a great experience on a large device. Overview of apps is great. I love that they have a card per task, even if it’s the same app. Yay for adding flashlight to the quick settings. I use the flashlight for nearly everything. It’s the little things that add up to the daily driver. Zipping from app to app and just doing things is amazing. The combination of stock Android Lollipop 5.0, Qualcomm Snapdragon 805 processor gives you unbelievable performance. It’s great to jump back and forth with no lag. With all these factors, and adding the big screen is like a top notch performance. The Nexus 6 has a 13 megapixel camera with a flash on both sides of the ring. It’s definitely an upgrade from the camera on the Nexus 5 (8 megapixel camera that took mediocre pics at best). The camera takes pretty good shots. Nothing spectacular, but it gets the job done. I like the idea of the flash on both sides of the (circular) lens. The colors on the pictures are nice and vivid. I rarely had a “dull” pic. The camera interface is clean and simple. There are no special features such as filters or special effects. The camera takes great low light pictures.

The 3,220 mAh embedded battery does charge fast with the Turbo charger that comes included. I was skeptical about battery life due to the screen size and the screen size and processor. I ranged from 5 hour days to nearly 7 hour days. That’s with a few email addresses, social media, streaming music and using at least 4 messenger apps / services. On not so busy days I got a lot out of the device with at least 25% battery to spare. I see what Google was trying to do with the Nexus 6. If you aren’t fond of the large size and price, you can always go down to the Moto X 2014 (At the time of this review, the Verizon Wireless Moto X has received the Lollipop 5.0 update). It looks just like it with many of the same features, and it’s as close to stock Android as you can get. The width along with the weight is what really would prevent you from using the phone with one hand (all the time at least).

I think Google is looking for that person who uses his/her phone a lot, and enjoys screen real estate more than other features. It’s meant to take advantage of the screen size to complete tasks more comfortably without having to go to a tablet. You’re going to have to learn to use and/or rely on some cloud services if you want the Nexus 6 to be your daily driver. At 64GB you probably will have time to organize, and delete before reaching capacity, at 32GB not so much. Motorola did a great job with the build, Android Lollipop 5.0 is coming along great. I personally love large phones. I have horrible vision and I appreciate large screens. I do wish there was a better handle on the device though. The Nexus 6 is more of an entertainment device with the large screen and front-facing speakers. Many will be satisfied with the device with that alone, once you start messing with Lollipop and get used to Material Design, it will be hard to go backwards.