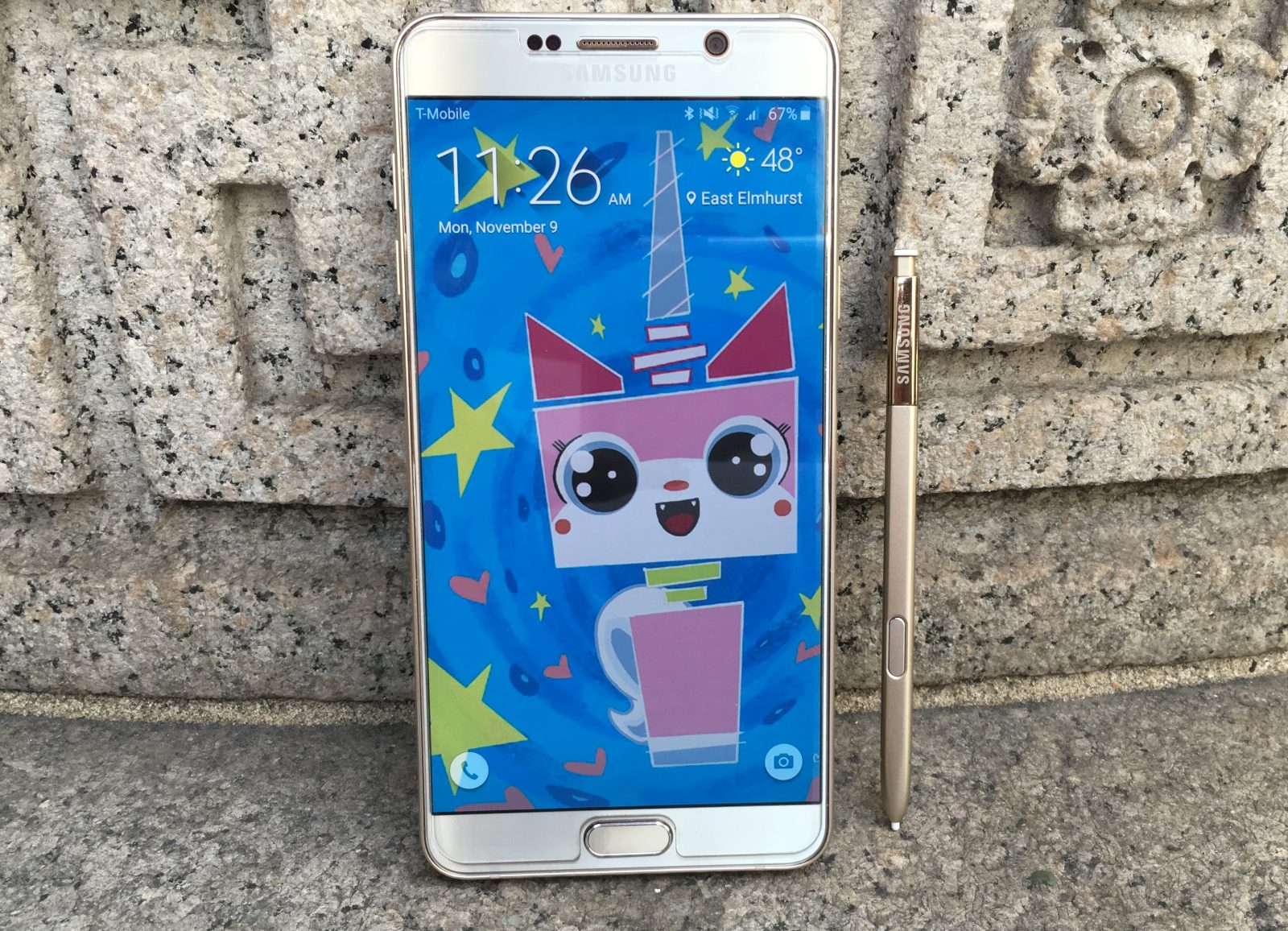 Facebook Twitter Pinterest Email
The Samsung Galaxy Note 5 came in a different body this year. Do we enjoy the more luxurious look? Does it really help with productivity. Take "Note" 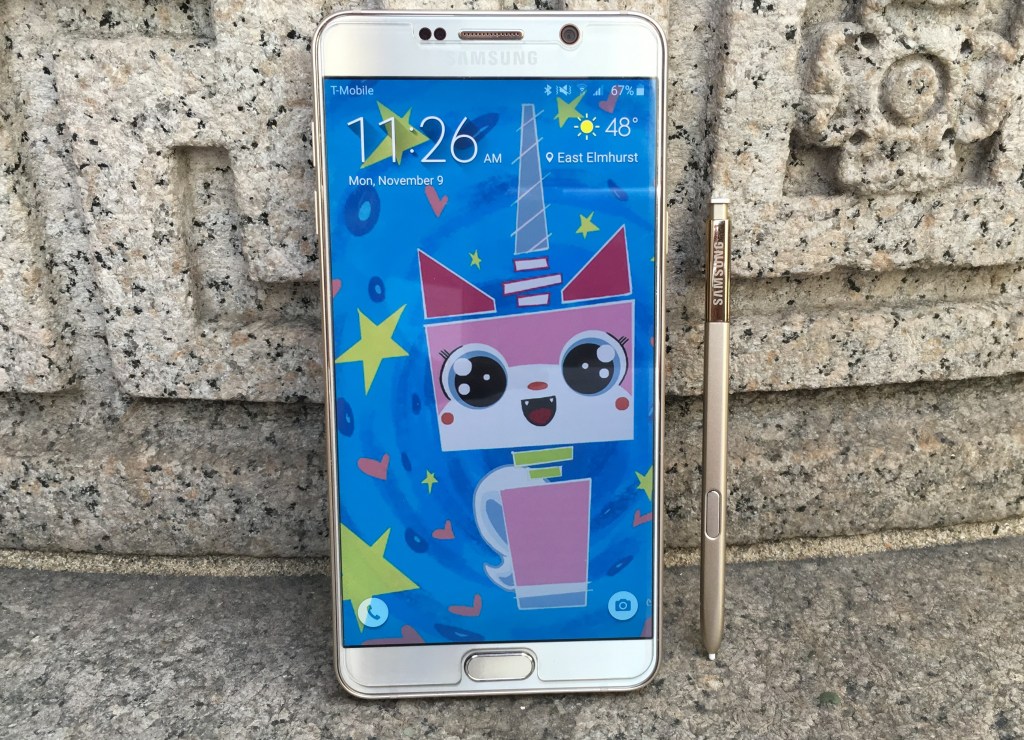 I’ve had the Samsung Galaxy Note 5 for quite a while. I’ve been using it as one of my main phones. Based on the hands-on time I had with it at launch, and my experience with other Notes, I had an idea what to expect. There were a few changes to the build and design that I had to work with. Since I had quite a few things to review, I did a longterm review of the phone. What did I think makeover Samsung gave the Galaxy Note 5? Read on

The Galaxy Note 5 wen the same route as the Galaxy S6. A unibody build with embedded battery, and no expansion slot.  Just think it as a larger Galaxy S6. The Galaxy Note 5 looks a lot sleeker, it’s definitely more slippery, but it looks more premium than the Note 4.

You have the microUSB and headphone jack on the bottom. You have the volume buttons on the left side, and the power / standby button on the right side. The back has the rear-facing 16mp camera. 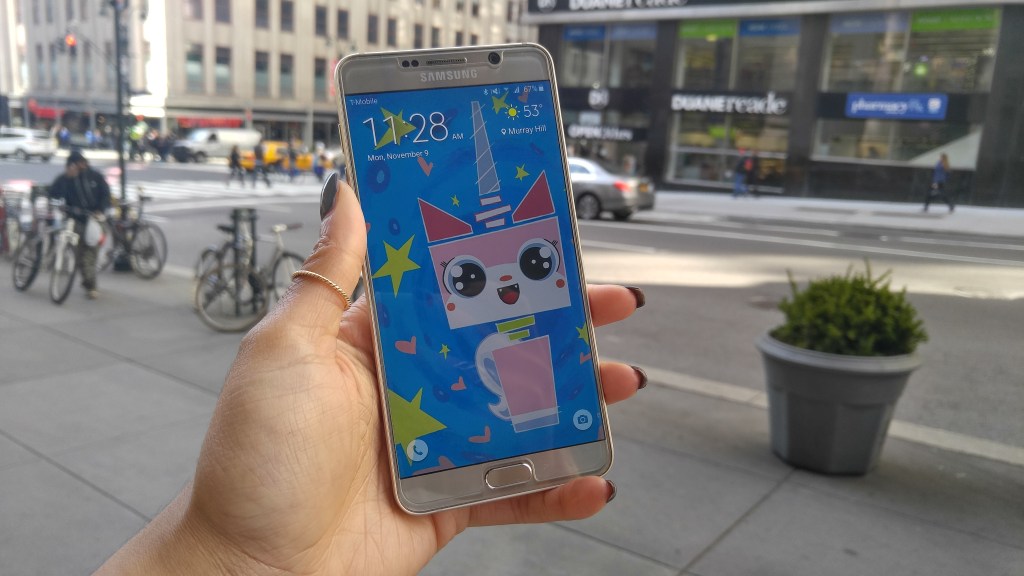 One of the first phones to join the phablet category (maybe the word will go away now) , the screen size is one of the first things that you noticed about the Galaxy Note 5. Things have changed and now large screens are almost the norm. Samsung had to step it up to compete with the other large screens out there. They did a decent job with 5.7 inch screen. Colors are vibrant in true Samsung fashion. 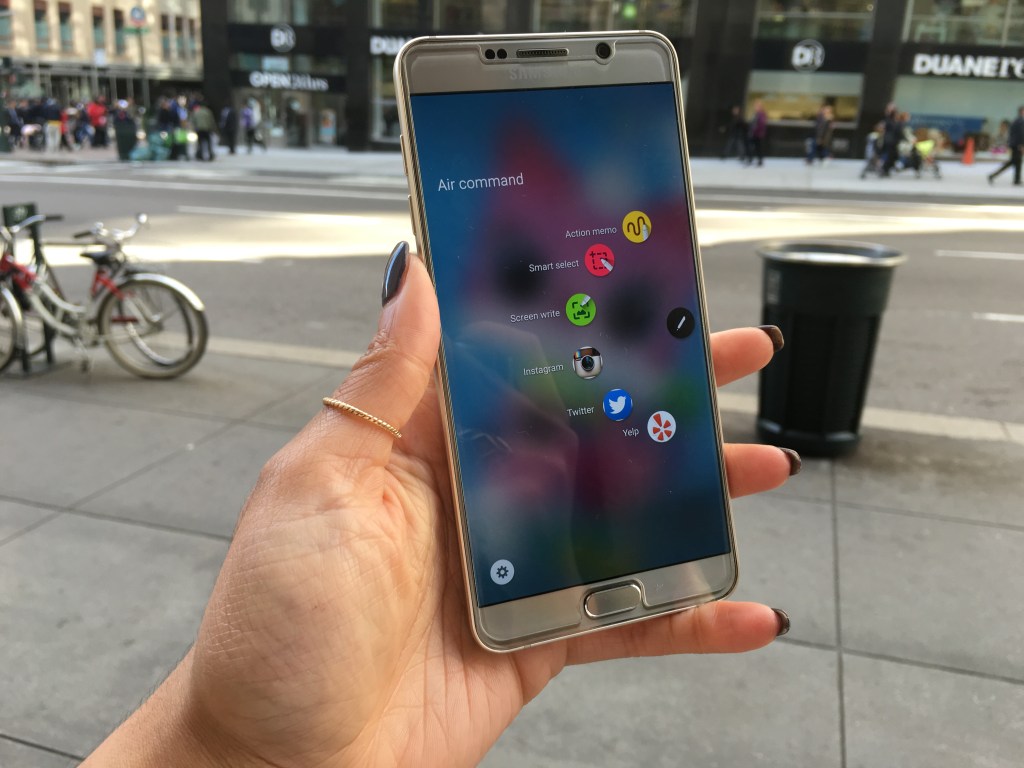 With so many phones coming out with large bodies, the Note 5 no longer looks huge or obnoxious. I like most of the same features on the Galaxy Note 5, that I liked on the Galaxy S6. It’s the features that you help you get stuff done quickly. And by stuff, I mean the things that you do often; such as opening the camera (with a double-tap of the home button), or unlocking the phone via the fingerprint sensor.

S-Pen – The S-Pen is what differentiates this phone from many other large phones. Not only because it has one, but because it works so well. 5 generations in, and the S-Pen keeps getting better and better. Besides the obvious note-taking feature, and air command options such as Action Memo and Screen Write (that we’ve already seen), you can customize the Air Command menu to add 3rd party apps. You can even take scrolling screenshots, which is pretty dope. A nice upgrade to the design of the S-Pen is the click of the top. You click the S-Pen out of the slot, and click it back in. It may seem like something small, but it helps give it the pen feel. 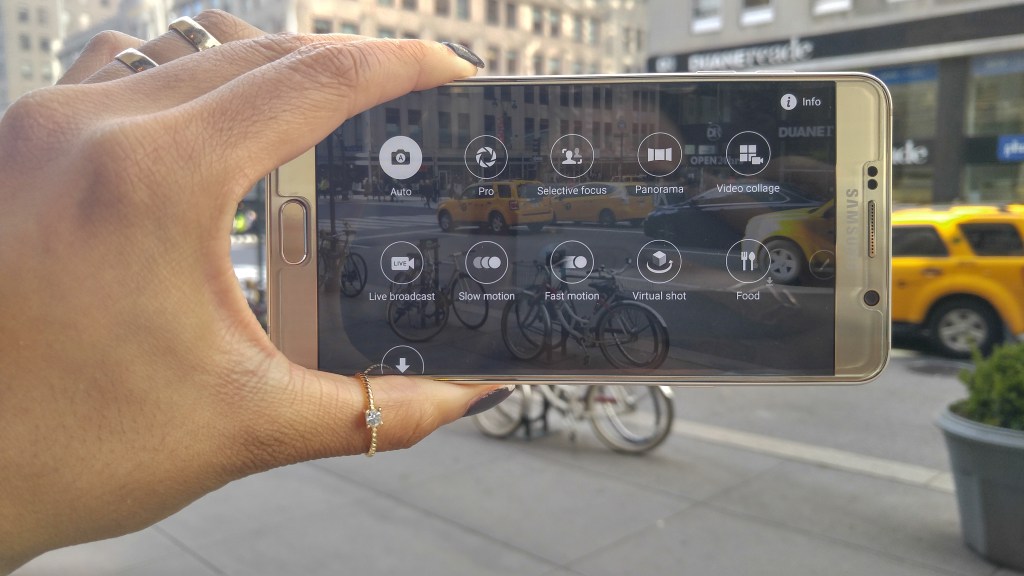 If you are a mobile photographer you will definitely enjoy the 16 megapixel camera on the Galaxy Note 5. You get crazy detail in the pictures. Try zooming in on a clear pic, and for the most part it won’t be too distorted. The camera on the Note 5 isn’t cluttered and no longer comes with all the different “shots”. You can download the different camera shots in the Galaxy Apps Store. I don’t use many of them. I usually only download the “Food Shot” option. For those who enjoy editing pictures with software, you can save pictures as a RAW file.

The front-facing camera still takes decent selfies, although sometimes my face looks very blurred, like I have a ton of make-up on. It’s great for group selfies though. Everyone fits.

I was scared for the battery life of the Galaxy Note 5, due to the size and thinness (also because the Galaxy S6 had a mediocre battery life as well), and because it’s smaller than the Note 4. It wasn’t looking good for me at first, but it performed decently. The phone seems to optimized for use. I made it through the day (with moderate to heavy use) with about 15% to spare. No complaints here. As usual what happens with me, may not be the case for you. I use moderate to low screen brightness, and watch videos sporadically throughout the day. If you’re a battery hog, Ultra Power Saving Mode is for you! 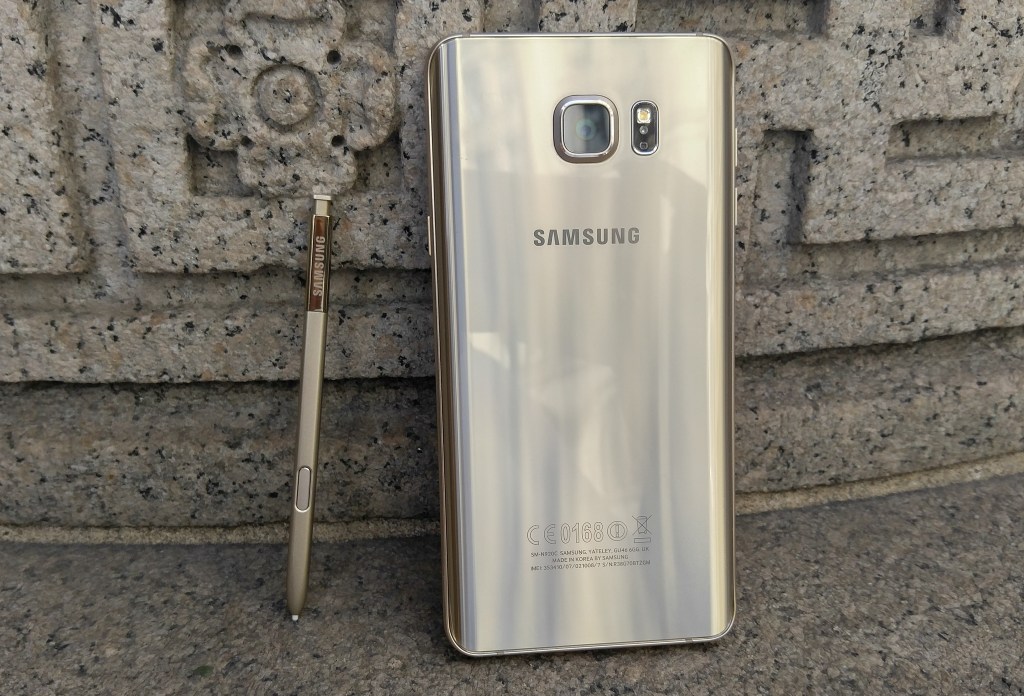 The beautiful gold color isn’t available in the United States. The U.S. has the option of black or white. The good thing about these models, is that you see less fingerprints. Prices vary by carrier. It will start at a minimum of $299 with a 2 year contract. Price will vary along with monthly payments, storage size, and deals of course. You can learn more at Samsung.com

The Galaxy Note 5 has become one of my daily drivers. I’m not sure if I use it more for work or play since I do use it for note-taking and social media, but I also use it for pictures and doodling when bored. I recommend this phone if you:

If you don’t enjoy large phones, won’t make use of the S-Pen you might want to look into the Galaxy Edge+. Instead of a stylus, you’ll have curved screens at the edges that help you access contacts and/or apps easily. As for me, I enjoy the Note 5. I use it to take many of my foodp0rn and landscape pictures. If you’re willing to spend the money, and feel that you will enjoy all the bells and whistles of the Note 5; it will be money well spent.