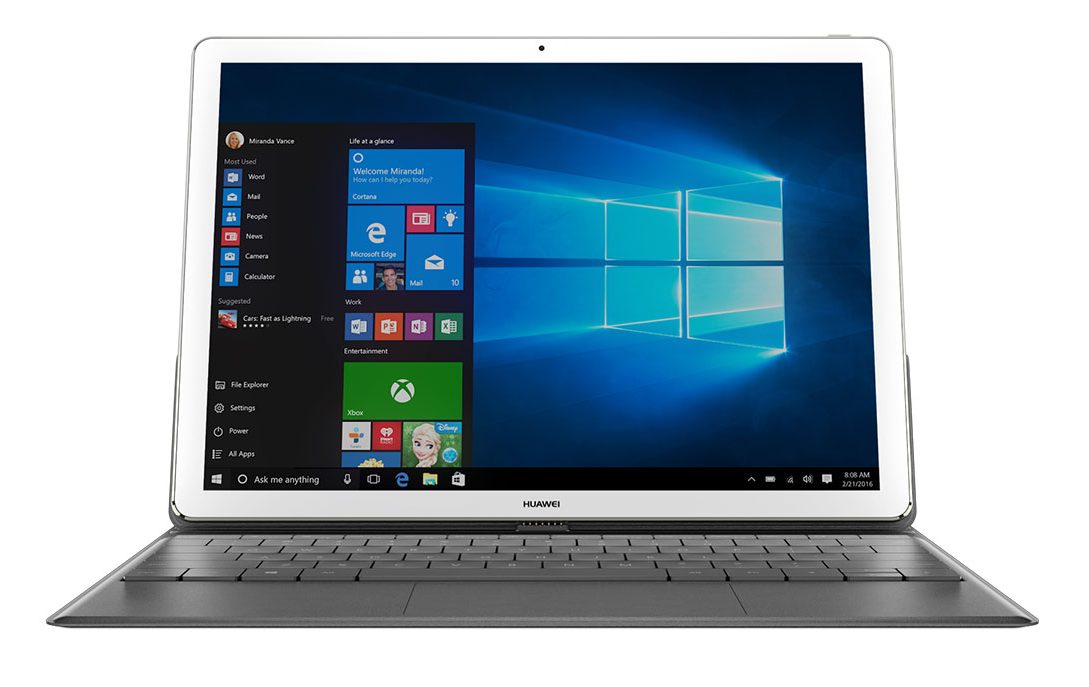 The Huawei Matebook has officially come to US. It’s Huawei’s is a 2-in-1 Windows 10 tablet. It was announced at Mobile World Congress back in February. Check out some of the specs and features below 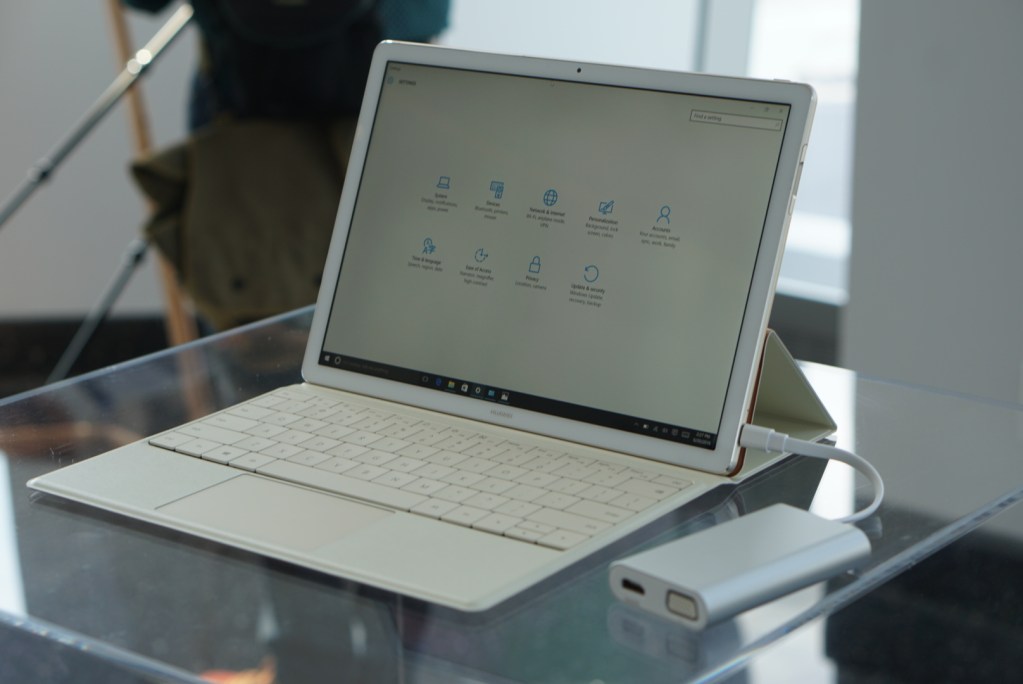 The Matebook feels very light in hand. It is very thin. The build quality is good and solid. Seems like a decent contender for the price of $699. The display is very nice. That Quad HD doesn’t get old (at least not yet), and is very easy on the eyes.  It doesn’t come with the keyboard or MatePen (Huawei’s version of the stylus), so that will jack up the price a little bit. The keyboard seems nice. It’s hard to tell the comfort in a short period of time. But these thin keyboards usually don’t equate with accurate typing. You also have the option of getting a dock that will connect via the USB C port, which will give you the usual ports. You already know that I prefer the gold finish over the grey, but both are nice. 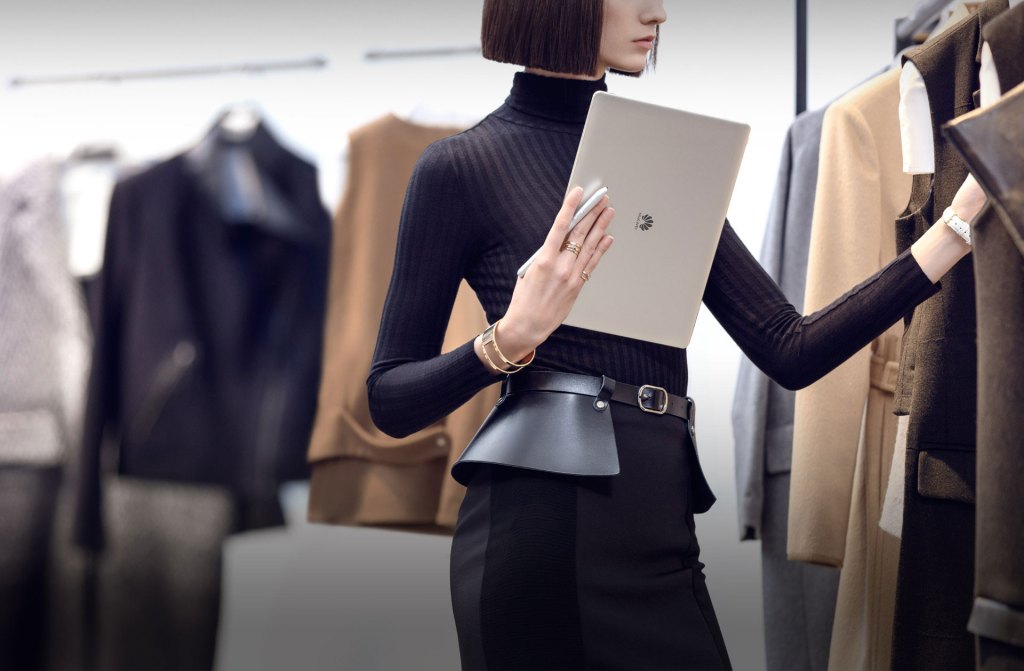 You can preorder the Huawei MateBook today at the Microsoft Store. It will be available July 11th. You can get the MateBook Portfolio Keyboard in up to 5 colors. The MatePen is also sold separately. Pricing on the Matebook varies based on the configuration

You can learn more about the Huawei Matebook HERE

Huawei MateBook, which was unveiled in February at Mobile World Congress, is designed to meet the evolving needs of today’s modern business users, and is an ideal mobile productivity tool that seamlessly integrates portability, high efficiency, work and entertainment. It will be available in multiple configurations and two sharp colors: gray and gold.

Starting at $699, MateBook answers the demand for an ultra-thin, stylish computer that allows users to be productive in any setting. Designed as a total solution for consumers who enjoy the flexibility of a convertible device and the power of a PC, MateBook is the work companion that perfectly balances mobility, productivity and design.

“Huawei MateBook has generated incredible excitement since its launch at Mobile World Congress and attracted rave reviews from technology enthusiasts around the world,” said Yanyan Ji, Vice President of Marketing, Huawei Device USA. “MateBook combines the best of a tablet and laptop, and demonstrates the type of premium experience Huawei customers expect and Huawei is known for.”

MateBook runs on Windows 10 and is powered by a 6th Generation Intel® Core™ m-series processor. Its metal unibody weighs in at just 640 grams and is 6.9 mm thin. MateBook features an immersive 12-inch touchscreen with a 2160 x 1440 resolution and 160-degree viewing angles. The high-density lithium-ion battery is quickly charged via USB Type-C to provide enough power for up to nine hours of work. MateBook also features an ultra-fast fingerprint sensor, taking only one touch to unlock the screen through Windows Hello.

“Intel is thrilled to see Huawei enter the PC space with the very innovative MateBook 2-in-1,” said Chris Walker, Vice President and General Manager of Mobile Client Platforms, Intel. “This is the type of premium, sleek device that takes full advantage of the low power and big performance of the Intel Core m processor.”

Along with fast speeds, it features a wide range of experiences with Windows 10, built for today’s mobile-first world.

“It’s great to see that Huawei has expanded its portfolio to add such a beautiful new Windows 10 device,” said Jordan Chrysafidis, Vice President of U.S. OEMs, Microsoft Corp. “We collaborated closely with Huawei to ensure that the MateBook seamlessly brought innovative Windows 10 features to life, including Windows Ink and Windows Hello using a fingerprint reader. We look forward to seeing the great things customers will do with this new device.”

To make the most of MateBook’s mobile productivity features, Huawei offers smart and stylish accessories that transform MateBook into the workspace of the future: