We told you about the Microsoft Surface 3 a few months ago. Today they have announced the LTE version on AT&T (the first carrier to bring the tablet to the US). The 64GB version will be available tomorrow, Friday July 24th. They are offering a bundle with the purchase of a Lumia phone. Customers can purchase a Surface 3 for $399.99 with any Lumia smartphone purchased on AT&T Next. Check out some of the specs below.  In case you were wondering, the Surface 3 is shipping with Windows 8.1.
Visit www.ATT.com starting this Friday for more information on the tablet 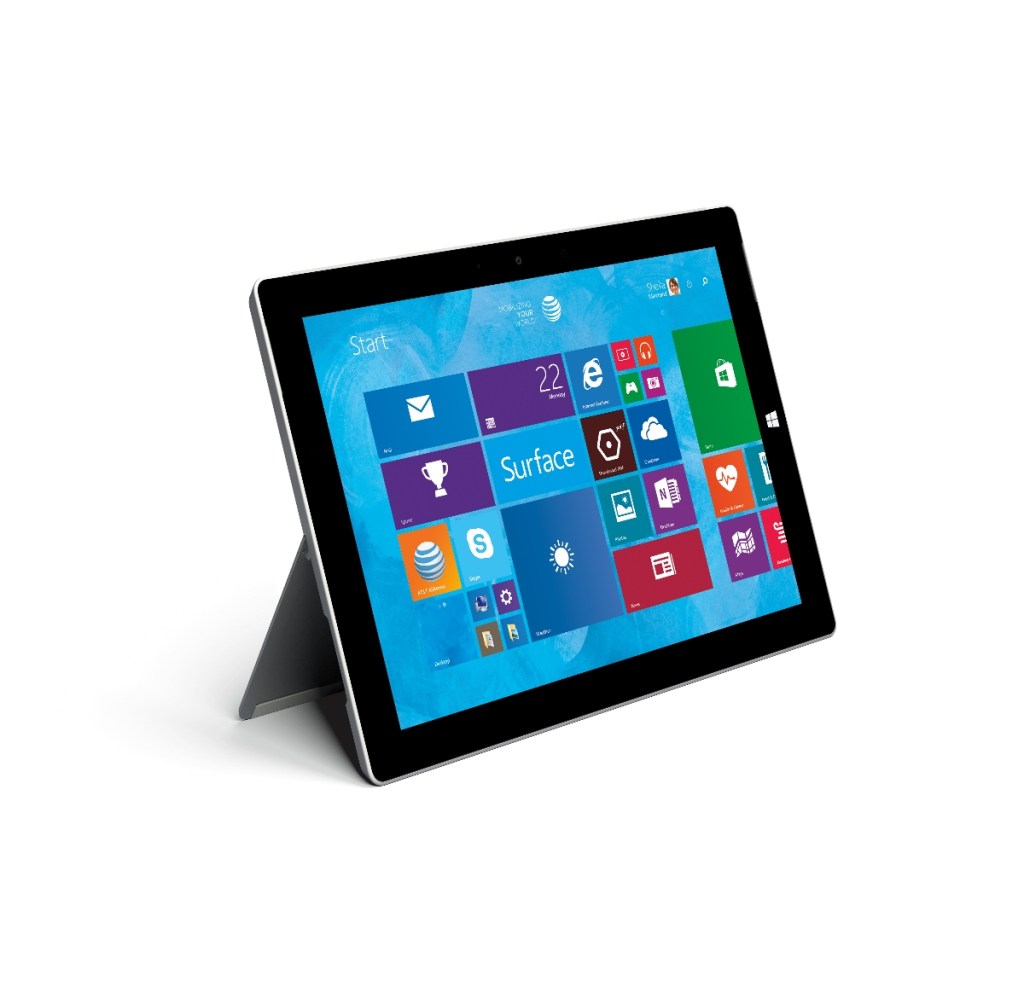 As you can see from the specs, the Surface 3 is almost like a smaller of the Surface Pro 3. It’s lighter in both build and price tag, but helps you get work done, since you get a year subscription of Office 365, and will have AT&T service.

The Surface 3 is light and thin, so you can easily take it with you on-the-go and stay connected on the nation’s most reliable 4G LTE network. With the integrated, three-position Kickstand, the ability to run desktop software and touch apps side-by-side, and a full-size USB 3.0 port, Surface 3 is a balanced mix of innovation and practicality. You’ll also be able to upgrade to Windows 10 once the new operating system is available.

Surface 3 for $0 down and $30 per month with an AT&T Tablet Installment plan.

In addition, for a limited time, you can purchase a Surface 3 for $399.99 with any Lumia smartphone purchased on AT&T Next.